NEW YORK — Drake is the leading nominee at the 2020 BET Awards, which will celebrate its 20th anniversary later this month.

BET announced Monday that Drake is nominated for six honors, including video of the year and best male hip-hop artist. For both best collaboration and the viewer’s choice award, Drake is nominated twice thanks to the hits “No Guidance” with Chris Brown and “Life Is Good” with Future.

The 2020 BET Awards will air live on June 28 across ViacomCBS networks, including CBS for the first time. The show, which will be a virtual celebration because of the coronavirus pandemic, will also air on BET and BET HER.

Breakthrough rappers Megan Thee Stallion and Roddy Ricch follow Drake with five nominations each. Megan Thee Stallion, who recently topped the Billboard Hot 100 chart with her Beyoncé-assisted “Savage” remix, is nominated for video of the year, best female hip-hop artist, best collaboration, the viewer’s choice award and album of the year for “Fever.”

Ricch, who won his first Grammy Award earlier this year, also topped the pop charts with his upbeat hit “The Box.” The video for that song is nominated for video of the year alongside DaBaby’s “Bop,” DJ Khaled, Nipsey Hussle and John Legend’s “Higher,” Doja Cat’s “Say So,” Megan The Stallion’s “Hot Girl Summer” and Chris Brown and Drake’s “No Guidance.” 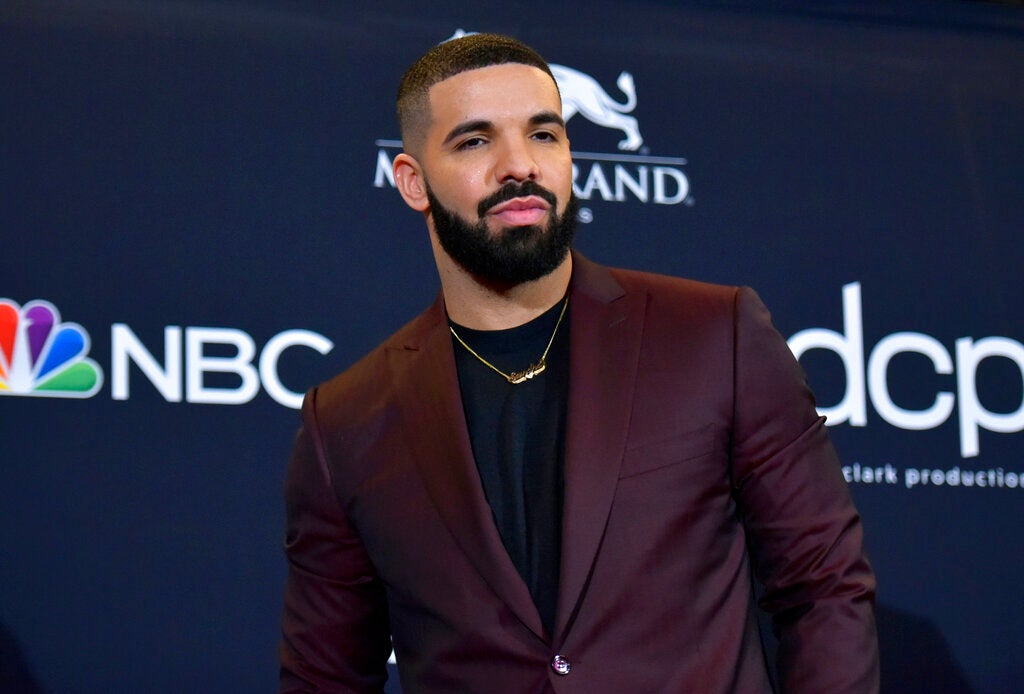 Drake at the Billboard Music Awards in Las Vegas on May 1, 2019. (Invision/AP)