‘Baby C is a he’: Coleen Garcia, Billy Crawford having a baby boy 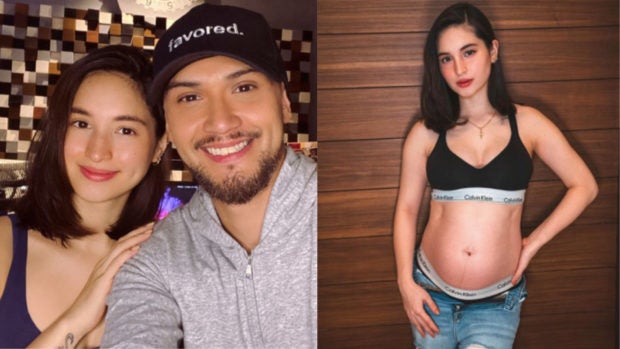 Actress Coleen Garcia and TV host Billy Crawford revealed that they are expecting a baby boy through an under-the-sea-themed baby shower party.

The couple invited their loved ones and fans to join the virtual baby shower plus gender reveal party yesterday, June 10. Garcia also went topless to proudly show off her baby bump, as seen on her Instagram post on the same day.

The actress wore blue lipstick and had blue paint smeared on her hand, while what appears to be a sonogram of her baby was projected on her bare stomach.

“Thank you to everyone who joined our baby shower/gender reveal today!” Garcia said. “We’re so happy we finally get to share this with you!”

#BabyCisaHE! 💙💙💙 Thank you to everyone who joined our baby shower/gender reveal today! We’re so happy we finally get to share this with you! Thank you to @the_gfete and @gideonhermosa for making today possible! Photo by @theboudoirdolls 😍 They’re releasing the whole set of maternity photos tomorrow. Can’t wait!

Garcia and Crawford went live on their YouTube and Facebook channel, The Crawfords, for the gender reveal. The couple also had an elaborate under the sea set up courtesy of celebrity event stylist, Gideon Hermosa. The actress invited fans and followers to join the party through her Instagram post on the same day.

We (and some of our friends) are LIVE on Facebook, Youtube, and Kumu for our gender reveal! Come join us 💕 Links are in my Story and in my BIO! Soooo, is it a boy or a girl? #BabyCHeOrShe 👶🏻

The baby shower was hosted by DJ and actor KC Montero. Crawford also revealed that the event aims to raise funds for mothers and children in need amid the COVID-19 crisis, as per his Instagram post last Tuesday, June 9.

Join us at our baby shower/gender reveal TOMORROW, June 10! Since it’s still not safe to go out and have gatherings, we decided to have an online party instead! Hosted by my good buddy who still looks like a baby, @kcmontero 🍼 We’ll also be giving away prizes and raising funds for moms and kids in need. We’ll be streaming LIVE at 3pm via our official Youtube channel, Facebook page, and Kumu! #BabyCHeOrShe

Garcia and Crawford announced that they were having a baby on May 1. Garcia said she has been pregnant since December 2019. They tied the knot in April 2018 at the Balesin Island Club in Quezon province. JB

LOOK: Coleen Garcia is glorious with baby bump at 25 weeks