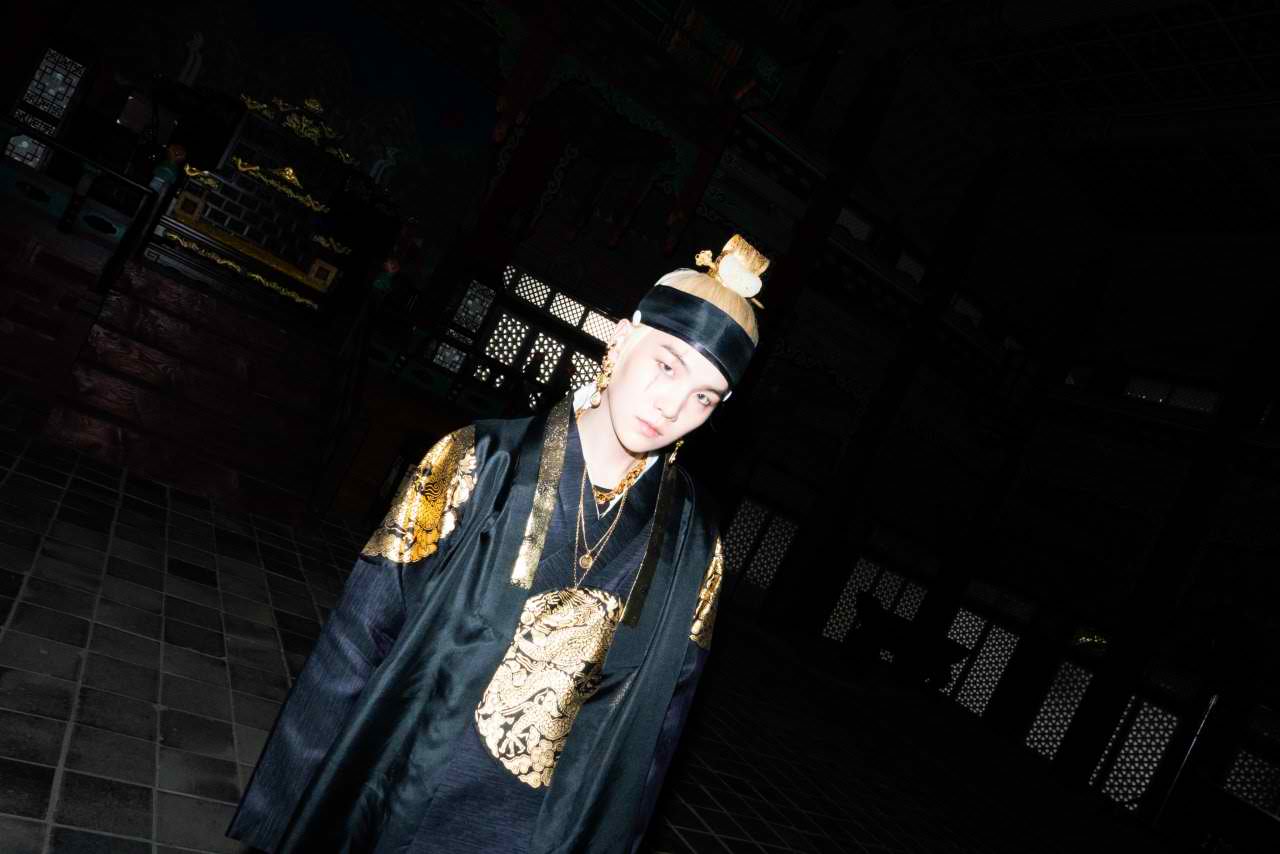 SEOUL — Suga’s solo track “Daechwita” under the alias Agust D in late May begins with a powerful burst from a taepyeongso — a Korean wind instrument — as the BTS member sits up from a throne in a period thriller-themed video reminiscent of Netflix’s zombie series Kingdom.

“I sampled ‘Daechwita,’ which is the music played for when a king was on the move,” the rapper said on the group’s YouTube channel.

In a swirling pre-chorus, he sings, “Who’s the king, who’s the boss.”

The lyrics are fitting as “Daechwita,” which literally translates as “big blowing and hitting,” is a marching song preserved for kings and high-ranking officials.

The music was also played in 2017 when US President Donald Trump was in Seoul for a state visit.

Lee Young, art director at National Gugak Center who is also a taepyeongso player, instantly recognizes the use of its sound.

“It’s the melodies from ‘Daechwita’ with what sounds like the tapeyongso that’s playing in the background.”

The lingering taepeyongso riff from the original song was used at the beginning of Suga’s track for a dramatic intro, Lee explained.

Having racked up over 74 million views on YouTube, the track is the latest in a series of songs that saw traditional Korean music, also known as gugak, meet K-pop in recent years.

And “when traditional music collaborates with popular genres like hip-hop and creates new music,” Lee says a new creative work is born.

In the 2018 single “Idol,” BTS embraced their Korean roots as they showed off chants and dance moves inspired by a traditional mask dance called Bongsan Talchum while in Hanbok-inspired outfits in the video.

Sunmi released “Lalalay” the following year, a mid-tempo pop song that heavily features the taepyeongso in its instrumental chorus. The title happens to be another name for the taepyeongso.

Monsta X’s 2019 single “Follow” took a similar path, featuring a sound resembling that of the taepyeongso to live up to the group’s usual energetic and powerful sound.

“It sounds like it’s part of an old musical legacy while retaining modernity, freshness as well as strength which we thought would work well in a track with an EDP drop,” the writers and producer of the track said.

With instruments like the taepeyongso used in Korean pop music as early as in the ’90s, notably in Seo Taiji and Boys’s “Hayeoga,” Lee sees the mix of old and contemporary pop music is a rather good thing.

“Just like water can fester if it doesn’t flow, a culture can get stuck, become stale and make no progress, which is why I believe that collaboration between traditional Korean music and other genres is a good thing.”