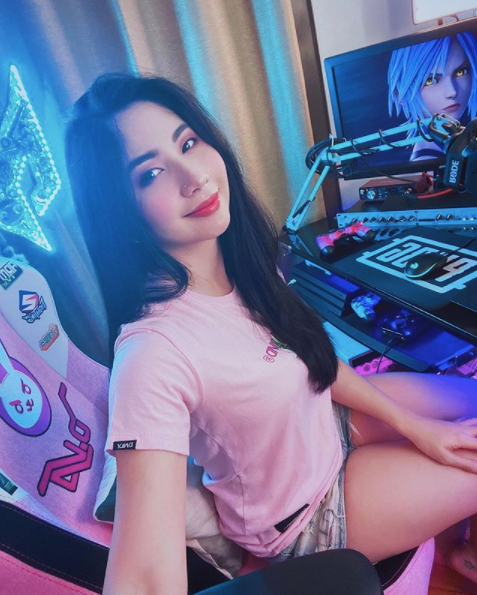 Gamer and cosplayer Ashley Gosiengfiao took a stand against followers criticizing her opposition to the anti-terror bill.

An overwhelming majority of Congress passed the bill on its final reading on Wednesday, June 3. The Anti-Terrorism Act of 2020 only needs the signature of President Rodrigo Duterte to become law.

Critics of the bill argue that it could be used to target any form of dissent, given its vague provisions.

Among over 1,900 comments on her post, she received mixed reactions from fans: some thanked her for using her platform to speak about the issue, while others criticized her and said they would unfollow her.

(They’re trying to stop her from using her influence because she’s “just a streamer” which is why she should stay out of politics, in a country where many celebs become politicians because they are famous in a different field.)

Some Facebook users told her to live in Mindanao or be a soldier first, supposedly to experience terrorism firsthand.

One Ron Bautista Rosales told her to stay out of the issue because of her lack of political experience: “I really hate celebrities doing this kind of sh*t… Gamer ka lang at maganda ka pero (you’re just a gamer and you’re pretty but) you have no experience in politics and running a country.”

She added in another Twitter thread, “Just wanted to say feel free to unfollow me kung ganun lang din pala kababaw yung pag follow [n’yo] sa akin (if that’s how shallow your reasons for following me are).”

“I’ve always been a vocal person, and if you can’t handle an ‘influencer’ being vocal about her own opinions, no one’s stopping you from unfollowing,” she said.

“Simpleng mamamayan lang din naman ako na nagbabayad ng buwis (I am just a simple citizen who pays taxes), so I think I’m entitled to my own opinion on this as well,” she stressed.

Actress Bela Padilla also clapped back on Friday, June 5, at a Twitter user who shared a post that said actors’ “only job is to entertain us… Your personal opinion means nothing to us.”

“Patty is the exact type of person who agrees w/ the [Anti-Terror Bill],” Padilla noted, referring to the netizen, “and you can see why with how she sees people.” JB