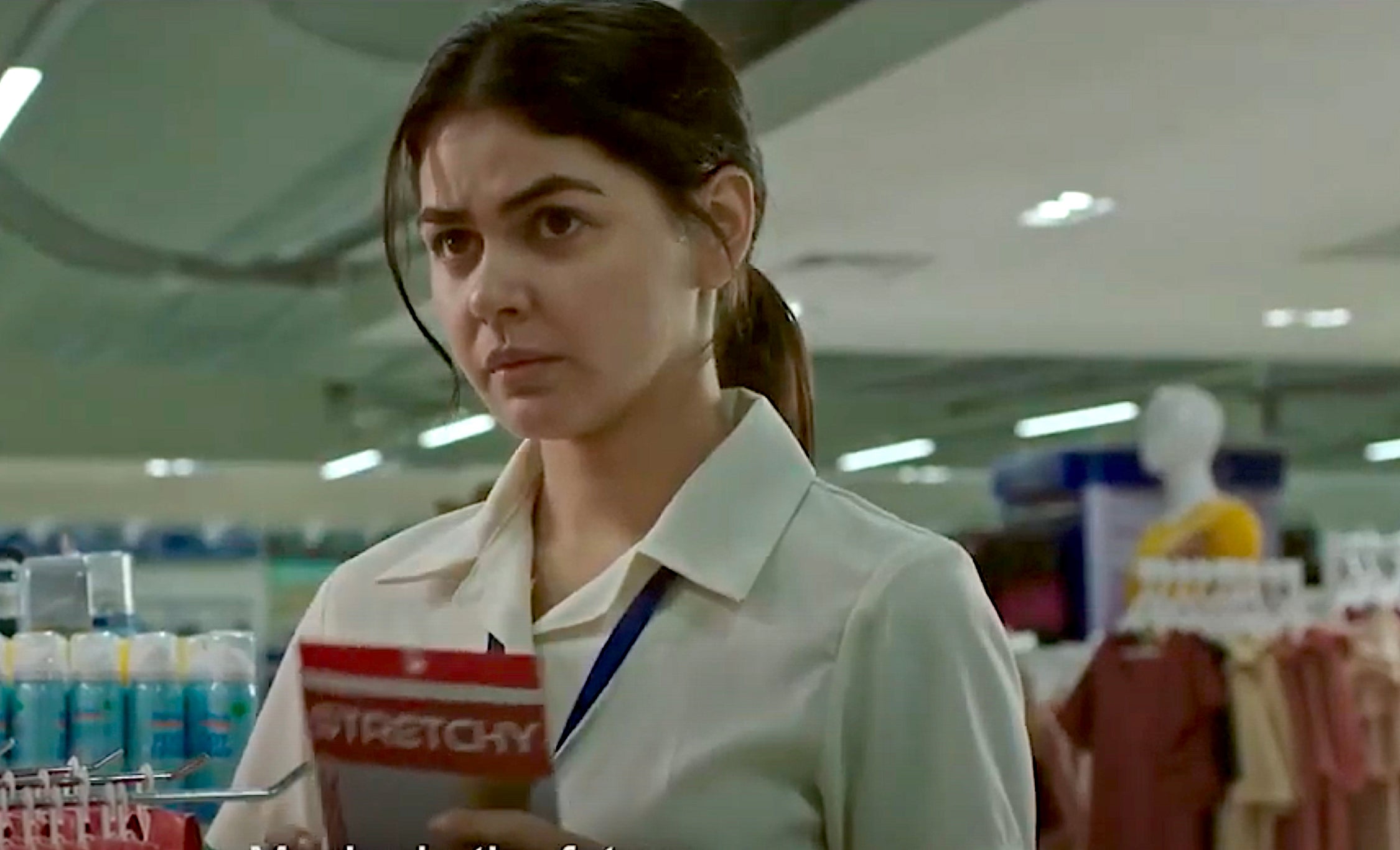 Janine was declared QCinema best actress for “Babae at Baril.”

Having cut our artistic teeth in theater productions that often demanded the kind of intelligent discourse that neither brain-dead trolls nor paid hacks could even begin to fathom, it is easy to understand why we’ve been swept off our feet just by listening to lovely actress Janine Gutierrez articulate her thoughts about politics, activism, speaking out and her continually evolving gravitas as an actress.

She is as much a glowing testament to GMA 7’s fine taste in its choice of contract artists as she is a reflection of how well she was raised by her mom, Lotlot de Leon.

The 30-year-old actress, who turned in two of 2019’s most memorable portrayals (for Joel Ferrer’s “Elise” and Rae Red’s “Babae at Baril,” for which she won best actress at QCinema), has easily set herself apart from apathetic celebrities who continue to sit comfortably on their high fences, while so many of their less privileged countrymen writhe in agony as a consequence of the pandemic and the social ills that have increasingly reared their ugly heads in the months that followed.

We’ve been watching Janine with awe from a distance as she “politely defied” a disapproving elder who publicly reprimanded her for her outspokenness. Thereafter, she unloaded a barrage of astutely worded and spot-on tweets over deeply polarizing issues.

Without naming names, the principled star even posted what seemed like a rebuke directed at a celebrity lawmaker for her wishy-washy support for a controversial bill despite her “reservations” about it. Now, that’s one ballsy statement that not a lot of her “privileged” peers can pull off without a sweat.

Early this year, we half expected to meet Janine when we were invited to cover the 2020 edition of the Osaka Fan fest in Japan, where “Babae at Baril” competed. But, as you very well know by now, that trip has since been overtaken by disastrous events that none of us could have predic­ted.

So, almost three months after the lockdown began, we asked GMA 7’s ever-reliable CorpComm staff (thanks, Angel, Jojo, Marian, Irene and team) to arrange this interview with Janine—who has turned out to be even better than expected!

If you think this woman of substance can be cowed by her bashers’ bullying and cheap rhetoric, you’ve got another think coming. More than that, Janine’s raison d’être has just been validated by an acting award—“mainit-init pa,” as they say—and one that is prestigious enough to put naysayers in their place. She’s a star truly worthy of her followers’ loyalty and patronage.

In our Q&A with the actress, she indubitably proves there’s more to her than that sweet façade. This, dear readers, is Janine—in her own words:

You have truly come into your own as an actress (“Babae at Baril,” “Elise”) and as a politically “mulat” celebrity. How do you stay positive amid bots and dissenting voices?

Thank you so much! The support has always outweighed the negative reactions, and I’m grateful for the sense of community that social media has provided in this time of isolation. To feel as though I’ve said something that many other individuals identify with is always a surprise that I’m grateful for.

I’m inspired by everyone who has been so vocal and involved and “present.” Discourse is important, and if your stand helps someone feel more confident or less alone in theirs, then it just demonstrates the importance of speaking out. It’s only responsible to stay informed and be involved, even if that means asking the uncomfortable questions to get the answers.

Another thing is, I keep myself updated with the news all the time, so I never speak about something without checking the facts. This way, even if I do get messages from trolls, I’m sure of myself and where I stand. If you’re sure, the rest is just white noise. 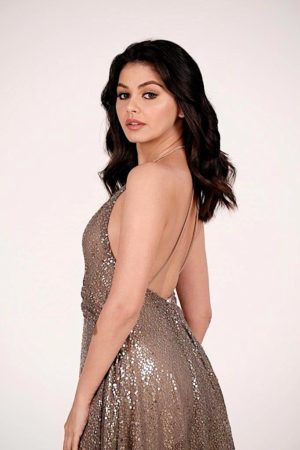 At what point in your acting career did it “click” for you, going from just another pretty face to an actress truly worth her salt? Whose career and dramatic prowess do you wish to emulate?

My goal was always to do good work. I would always be disappointed in myself when the feedback I get was that I was “pretty.” To me, that meant they didn’t feel me.

I was always attracted to unglamorous, out-of-the-box, painfully honest characters, but it has taken a long time for people to trust me with roles that were “unexpected” of me. I’m still working on it.

“Babae at Baril,” honestly, was a dream.

My ultimate idol is Jane Fonda. I love her career trajectory, from her string of sweet roles and starring in critically acclaimed and award-winning films, to eventually producing her own work, tackling stories rooted in issues that she strongly believed in, like women’s rights in Colin Higgins’ “9 to 5” and the ravages of war in Hal Ashby’s “Coming Home.” I’m really a geek about her.

What have your realizations been during the quarantine and this whole period of isolation?

So many realizations, but many of these issues, we already knew before the quarantine. They’ve just been amplified because of the magnitude of this crisis. It’s a horrible situation, much more so for some than others—and it’s unfair. So, it just pushes you to think about how we, as a country and community, can change for the better. How can we, as individuals, contribute? I’m still thinking about it.

I miss the shoots, the set and the people I work with. Everyone is still waiting for word about their next schedules and how the industry will adapt. I was supposed to shoot some films that I was really excited about, and I’m crossing my fingers that they push through eventually.

You’ve gained a lot of admirers because of your outspokenness and principled take on issues. How did this kick-ass boldness come about?

I’ve always been like this with family and friends. Ako ’yung batang palaging napapagalitan kasi “sumasagot.” But when I was starting in the industry, I was always so careful about being misinterpreted by strangers or the media—a paranoia from growing up in a show biz family and seeing how quotes can be mishandled and used against you.

So, all of my answers to questions were always so diplomatic and polished. Parang pang oral exams (laughs)! “Good” to a fault. And in my attempt to “give good answers,” the honesty would get lost in the process. I was always on guard.

Things changed for me when a few years ago we attended a workshop in GMA. The spea­ker, Anthony Pangilinan, said that your perception of success shouldn’t be quantifiable, but measured by your principles. Honesty has always been an important principle to me. So I realized that in censoring myself by being so focused on not saying anything “wrong,” I was completely missing the point. How other people interpret your words or the number of netizens who agree with you is none of your concern.

What matters is, were you honest? That’s the principle I’ve followed ever since—and this time, it’s not just with family and friends, but with everyone. I just speak about whate­ver I truly, honestly feel.

Turns out, it’s a much more liberating way to live, and you realize that if you’re truly honest with yourself, most likely, you aren’t alone in your thoughts and feelings—whe­ther it be about being accidentally left by your ride or your political beliefs.

Read Next
Actress in no mood to ‘remember’ commitment
EDITORS' PICK
Geek out at TOYCON 2022 powered by Smart Signature
UK’s Boris Johnson will resign, BBC reports
High-risk pregnancy: Reducing your risk is in your hands
House energy committee chair Arroyo bats for cheap electricity
High inflation: Your P1 is now worth only 87 centavos
Unemployment rate up to 6% in May
MOST READ
Suspect in grisly killing of missing woman in Bulacan arrested
Hong Kong suspends flight bans as it eases COVID-19 rules
Kim Atienza’s daughter flaunts bikini body in response to critics of her ‘revealing photos’
Cop slain in Isabela ambush
Don't miss out on the latest news and information.