LOS ANGELES—Lexi Underwood, tired of losing yet another role that she thought she would bag, wanted to quit acting a day before her audition for “Little Fires Everywhere.”

“On the day before my audition, I actually wanted to quit acting,” recalled Lexi, 16, who was frustrated that the roles she coveted keep slipping away. While Lexi’s career started promisingly when she landed the young Nala role in the Broadway and North American touring productions of “The Lion King,” it has been a struggle since she moved to Los Angeles.

“I lost another show that I was supposed to be doing,” confessed Lexi in our video call. “I was ready to give up. I’d already been acting for about five years. But my mother told me to go to the audition and give it my absolute all, and I did. About a week later, I wound up booking ‘Little Fires Everywhere.’”

Indeed, Lexi shines in a major role in the Hulu hit series based on Celeste Ng’s bestselling novel. Lexi’s Pearl is caught in an emotional tug-of-war between her mom, Mia Warren (Kerry Washington) and Elena Richardson (Reese Witherspoon), the matriarch of a rich family that Lexi somehow becomes part of.

Lexi is brilliant opposite Reese and Kerry and the Richardson kids, also played winningly by Jade Pettyjohn, Megan Stott, Jordan Elsass and Gavin Lewis. The latter two are especially good as brothers who are both attracted to Lexi’s character. 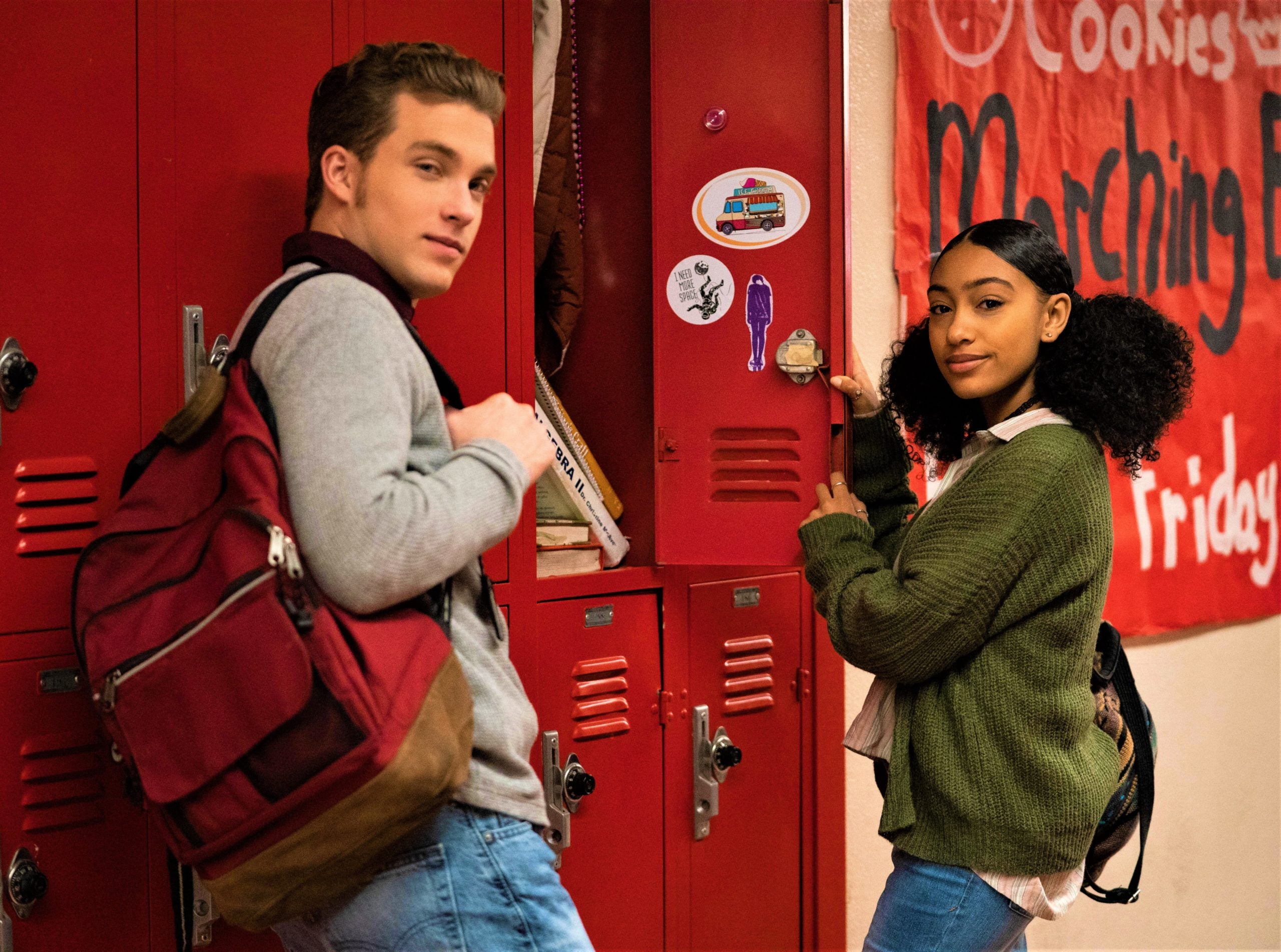 New York Times critic Mike Hale wrote in his review, “…It (‘Little Fires Everywhere’) benefits from excellent work by Washington and Underwood—the scenes between Mia and Pearl, both the tender and the angry ones, are the show’s highlights.”

The praise that Lexi is earning made the sudden death of Lynn Shelton, who directed four of “Little Fires Everywhere’s” eight episodes, even more saddening for the young actress.

Lynn, 54, died as a result of a previously unidentified blood disorder last May 15, less than two months after “Little Fires Everywhere” debuted.

“Miss Lynn had a hand in casting me,” Lexi said of the filmmaker whose other directing credits include “Fresh Off the Boat,” “Glow” and “New Girl.”

“She was so kind and loving from the moment she met all of us. She immediately made us feel comfortable. We all met her during our second audition. Just the energy that she carried—she knew how to always light up a room.

“It could even be during a super intense or heavy scene, but she, in a loving way, pushed us to go even further. I’m so honored I got to not only work and learn from her, but also consider her a friend.”

Lexi recounted how she learned the sad news: “We got an e-mail from Liz (Tigelaar), our showrunner. I was in shock. I was crying, like many of us were. I immediately texted my fellow castmates. I had a moment of gratitude for the fact that I was so lucky to be a part of this journey with so many incredible artists.

“Our ‘Little Fires Everywhere’ family is grieving. But we’re all leaning on each other during this time of need and comfort.”

On what she learned from working with Kerry and Reese, Lexi replied, “The biggest thing was how to unapologetically take up space as a young female in this industry. Something that they always told the actors on set was to never be timid about the choices that we wanted to make, even though we’re young. I mean, all the kids (in the show) were 15 to about 17 years old.

“They told us that no matter where we come from, what language we speak, what race we are, we should never hold ourselves back to speak up about something that’s important to us.” 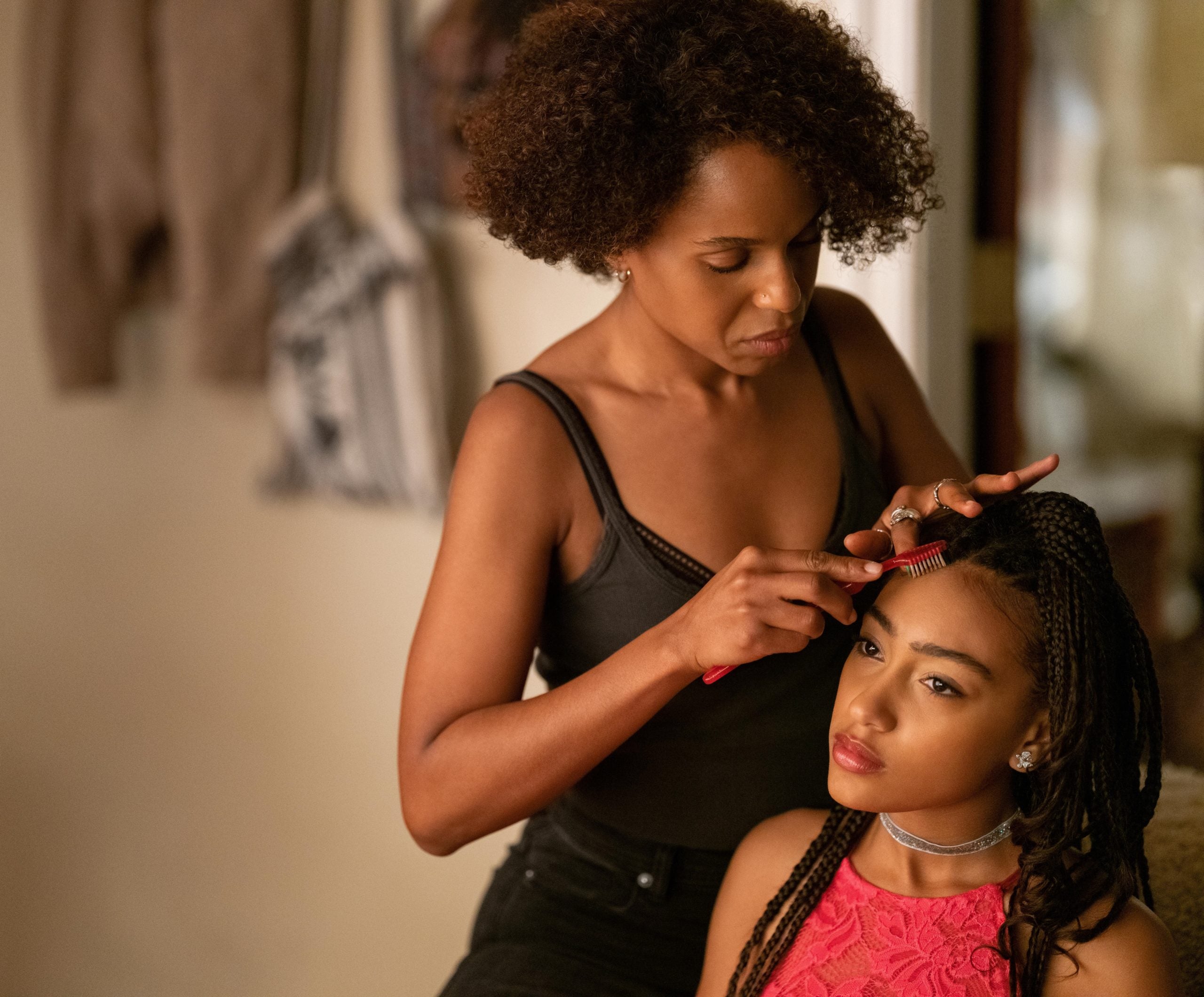 The young girl, who already has her own production company, Dreamer Productions, and plans to direct someday, continued, “There were a couple of days when I wasn’t acting, but I was still on set. I was watching what Kerry, Reese, Liz and Lynn were doing. I got to learn more as a director and producer from that side.”

“I was familiar with the book, but I hadn’t read it yet (at the time of audition),” the Cheverly, Maryland native said about Ng’s novel, which became her passport to finally breaking through in Hollywood.

“During my second audition, funny enough, the casting office was right next to a Barnes & Noble. So right after, I asked my parents if I could go in and buy the book, even though I hadn’t booked it yet. I read the book in a day.

“A beautiful thing is even though the story is set in the ’90s, we’re touching on topics that need to be talked about today. Just the topic of motherhood—what makes you a good mother? Is it because you gave birth to the child, or is it because you care for the child?”

She added these remarks, which have taken on more significance after our interview, with the death of George Floyd sparking unrest in the United States: “Or racism in America and microaggressions, the LGBTQ community, abortion rights—all these incredible topics. The book brings light to issues that we’ve been facing for years.”

But for Lexi, it’s the series’ dramatization of parent-children conflicts that ultimately spoke to her the most. “It’s the relationship between the mothers and children. Playing Pearl opened my eyes up a bit more. Mia (Kerry), Elena (Reese), Linda (Rosemarie DeWitt) and Bebe (Lu Huang) are struggling as mothers.

“Even though you may not want to listen to your mom in certain situations, they have your best interests at heart. You have to be open to what they have to say.”

On her own relationship with her mom, Stephanie Black, Lexi answered, “She’s my best friend. Ever since I was little, she’s always been the person who understood me the most.”

“My parents are not in the business,” Lexi added about Stephanie and dad, Alex Underwood (no, he’s not related to actor Blair Underwood). “My dad works back home in Washington, DC. He basically oversees construction happening in Washington, DC, to make sure that every project in the city goes smoothly. My mom works with DC Water. She interviews every person who comes in [to work] and trains them before they start the job.”

“I’m an only child,” Lexi talked about her growing up years in DC. “I was always infatuated with everything involving the arts. I loved singing, dancing and acting. I started to take dance classes when I was 3 years old.

“Then, I started to play piano and flute, and sing when I was 5. I got my first opportunity to act when I was 10. I was in ‘A Christmas Carol’ at the Ford’s Theatre in DC. After that, I performed in ‘The Lion King’ on Broadway. I played young Nala, then we moved to LA right after.” 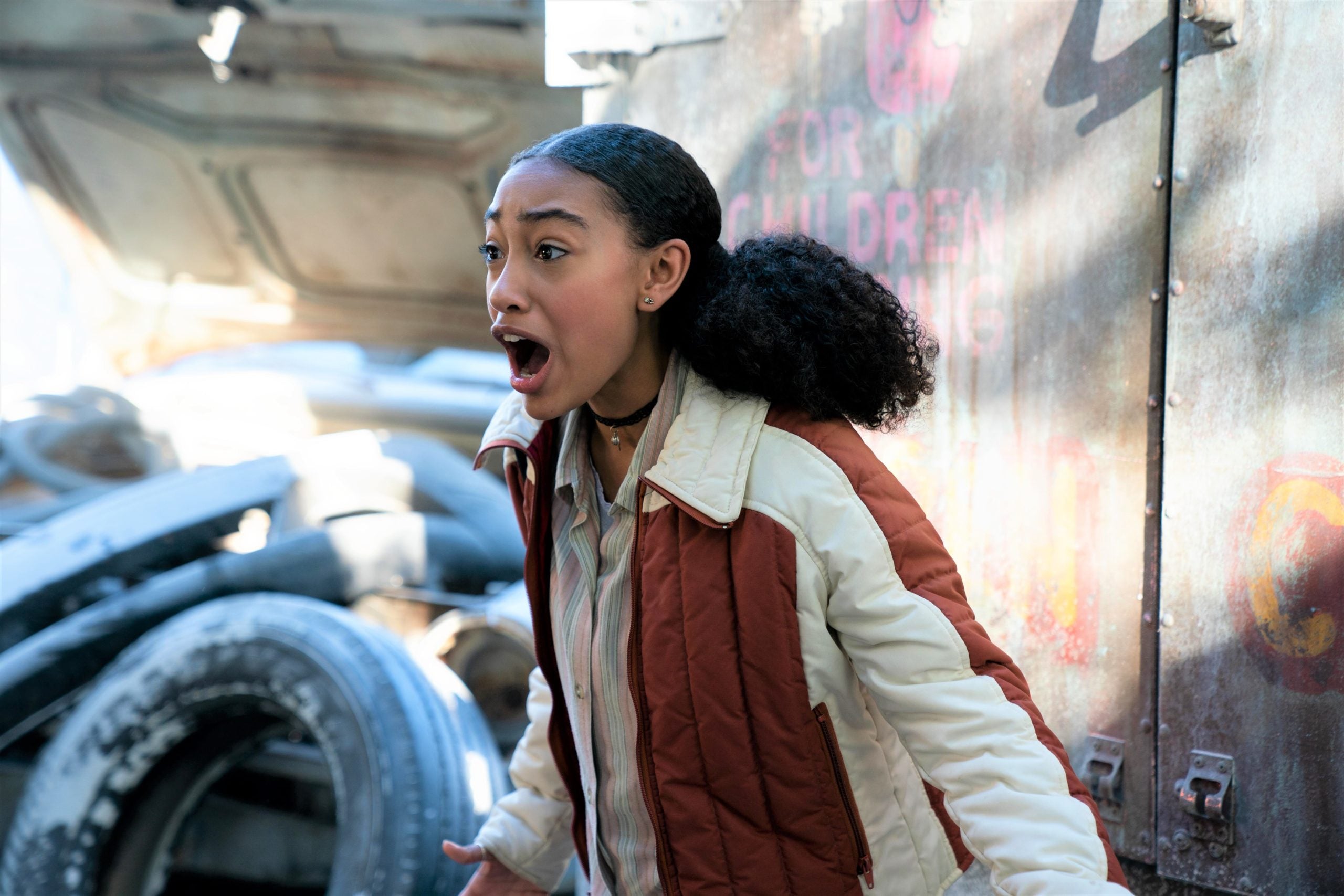 Of her Italian roots, Lexi explained, “My dad’s mom is from Tuscany in Italy. She lives in a town called Castiglioncello. I visited her for the first time when I was 8. We’ve always had a strong bond.”

“My father is biracial,” the actress elaborated on her mixed heritage. “He’s half-Italian, half-black. My mother is black. Growing up, I struggled with trying to figure out how I identified myself. Do I call myself black, Italian or mixed?

“Because growing up, I was maybe too white for the black kids or too black for the white kids, so I always struggled on where I fit in. But now, I’m very proud of both sides of me.”

With the stay-at-home orders being enforced in LA due to the pandemic, studying is no different for Lexi. “I’ve been homeschooled since I was in seventh grade, so my schooling system hasn’t really changed.”

The confident, articulate actress already noticed a shift since she landed the plum part in “Little Fires Everywhere.” “Now, new opportunities are opening up for me to meet people. The biggest thing is the fact that I now have this platform, and I can use it to positively impact society and this world. I can speak up about things that I’m passionate about.”