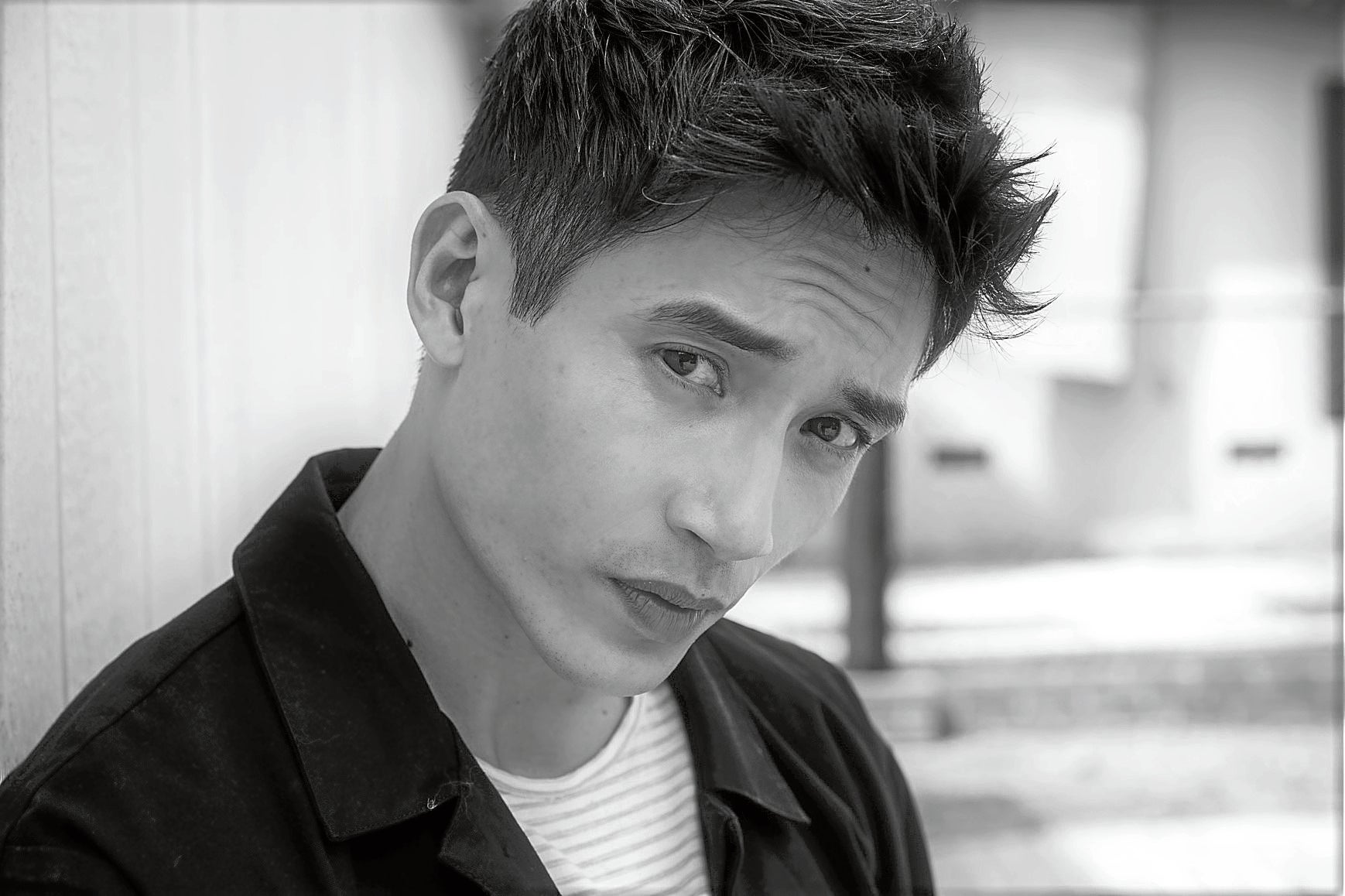 LOS ANGELES—Manny Jacinto, who proudly declares himself unapologetically Asian—and Filipino—goes from his well-received performance in “The Good Place” to starring opposite Nicole Kidman and Melissa McCarthy in a new TV series, and Tom Cruise in “Top Gun: Maverick.”

The actor, whose jawline has inspired many swooning comments, even in the New York Times, will play Yao, described as a “man-kid,” opposite Nicole’s Masha, who runs a boutique wellness resort, in Hulu’s “Nine Perfect Strangers.”

Manny’s new show is an adaptation of the novel of the same name by Liane Moriarty, who also wrote the book that was the basis for Nicole’s “Big Little Lies.”

In December, the Philippine-born Manny, who gained a following as the endea­ring Jason Mendoza in “The Good Place,” will have his big-screen breakthrough in “Top Gun: Maverick,” Tom Cruise’s much-awaited sequel to 1986’s “Top Gun.”

Manny’s good performance, as a Buddhist monk who turns out to be an aspiring DJ-dancer, alongside Kristen Bell and Ted Danson in “The Good Place,” is almost overshadowed by the fawning for his jawline.

Glamour devoted a whole piece to his cheekbones’ appearance with Jane Fonda in a protest on the government’s inaction on climate change in Washington, D.C. last November. Jenny Singer wrote, “The appearance of the Internet’s Newest Boyfriend in circumstances that were somehow do-gooder, subversive, and literally wet has been too much for most. ‘Manny Jacinto’s jawline for president,’ one Twitter user wrote. ‘How does his face just do that?’ others asked.”

Not to be outdone, Syfy Wire’s Courtney Enlow gushed, “First, let’s start with the shallow bit: our boy’s handsome af. I mean, look at Manny damn Jacinto. He could slice cheese with his jaw. His eyes cut through to your very soul.”

All this talk about his cheekbones makes him blush, according to Manny in our interview via email.

Manny, whose parents are both from Gapan, Nueva Ecija, immigrated with his family to Canada when he was 3 years old. He and his older sister grew up in Richmond, British Columbia.

He cherishes his one trip back to his birthplace. “I last visited the Philippines about nine years ago. I mainly stayed in Manila,” Manny shared.

He rues forgetting Tagalog. “I used to be fluent, but I’ve lost most of my Tagalog because I didn’t practice growing up. It’s something I regret. But at least, I can still say the bad words.”

While he earned a bachelor’s degree in Applied Science in civil engineering at the University of British Columbia, Manny’s heart was in hip-hop dancing and acting. When he moved to Los Angeles, he picked up small roles in film and TV until that day in March 2016 when Manny bagged the Jason Mendoza role in “The Good Place.” 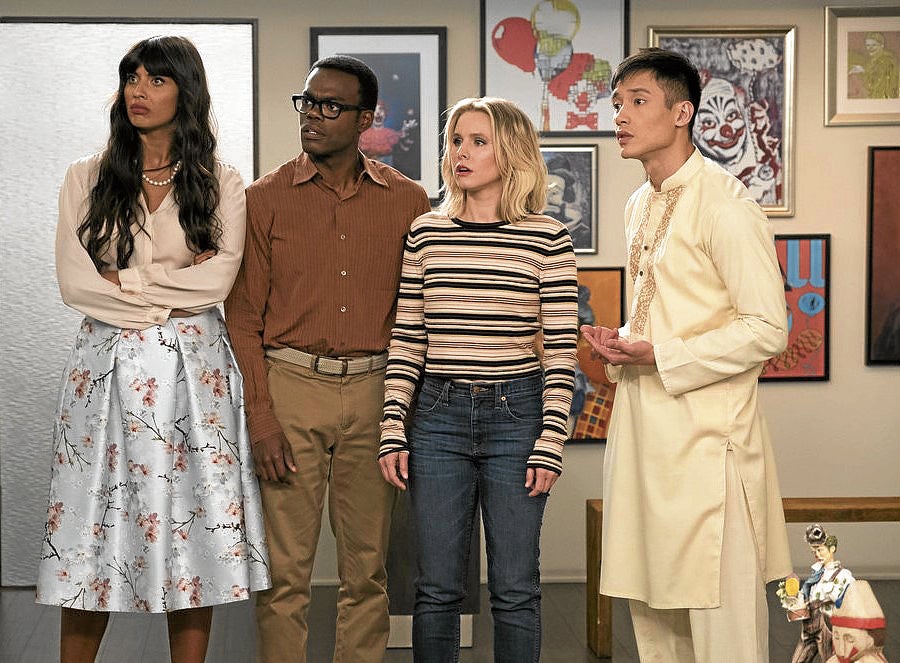 Jacinto (right) with (from left) Jameela Jamil,William Jackson Harper and Kristen Bell in “The Good Place” —PHOTO COURTESY OF NBC

What’s unapologetically Asian about you?

The fact that I get overexcited whenever I see an Asian face on television or in a movie. Even if it’s a commercial, I have to audibly say, “Hey, an Asian person!”

And what is unapologetically Filipino about you?

The fact that I prefer to eat with a spoon and fork, and if neither are present, I’ll use my hands.

Do people correctly guess your heritage is Filipino?

People tend to think I’m Korean or Chinese, but when they hear my full name, they usually guess that I’m Filipino.

Speaking of heritage, you come from a family of engineers. What are your thoughts on being able to break away from a traditional career?

There were a lot of doubts on my part as to whether I should pursue my passion in the performing arts. A large part of it was because of the fact that I had no other family that I could turn to who followed an artistic path.

I had a civil engineering degree in my back pocket, so I knew if things didn’t pan out, I could always go back to engineering. Also, my incredibly supportive parents never frowned upon my need to explore the creative arts.

What has been the most significant racist situation you’ve ever experienced?

Most of my racial interactions have been … insignificant. But I’m fully aware of the rise in hate and attacks on the Asian community during this pandemic.

Based on your own experience from working in the industry, what’s the most practical and logical solution for Asians and other minorities to land more creative jobs in Hollywood?

Write. I feel like the industry is now, more so than ever, open to different and unique stories. Asians and other minorities have a deep well of stories that still haven’t been told.

Create. Once that piece is written, go out and make it. The resources are plentiful.

Learn. Make mistakes and learn as much as you can from the process, so that when you make your next project, it will be better than the previous.

What do you miss about “The Good Place”?

The free food. Next to that is getting to goof around with the whole cast and crew.

For you, what was that one defining moment of your entire “The Good Place” experience?

My first one-on-one scene with Ted Danson. Fortunately, I had no lines in the scene. All I had to do was listen and watch the legend at work.

How much did you relish playing an unstereotypical Asian man role in “The Good Place”?

I knew how lucky I was. I made sure to be present throughout and enjoy the experience from beginning to end.

What are your thoughts on the typical dorky, nerdy, sexless Asian man roles in film and television? Do you see some progress toward brea­king away from that clichéd depiction of the Asian male?

As I’ve progressed in my career, I took the time to understand why these stereotypes were prevalent. My biggest takeaway from the research and why these roles even exist is because these roles have always come from outsiders’ perspective. We can’t expect a middle-aged white man to write the Asian male experience.

Luckily, my role in “The Good Place” diverted from these stereotypes but the only way we can keep progressing is if we tell our own stories. 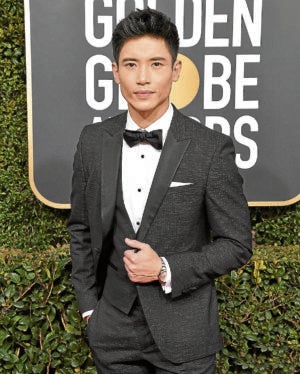 By this time, how do you react to compliments about your cheekbones or jawline, including this one in New York Times, no less: “…His cheekbones—the inspiration of many a thirst tweet—sharper than most kitchen implements?”

It’s very flattering, but the reaction usually involves me blushing and sweating in my palms.

How does Tom Cruise, your “Top Gun: Maverick” costar, inspire you, as an actor, to do your own stunts and commit 100 percent?

Tom Cruise is nearing 40 years in this industry. The fact that he continues to be passio­nate at what he does and that he continuously challenges himself creatively and physically is incredible. You can’t help but want more out of yourself when you’re around that energy.

In your role as Fritz, a US Navy pilot, in “Top Gun: Mave­rick,” you honor many Filipino men (including my late uncle) who joined the Navy, especially in the ’60s and ’70s. Have you met Filipinos in the US Navy in the course of doing this role?

Yes, I was lucky enough to meet a few Filipinos who served in the US Navy. It was inspiring getting to hear their stories.

How are you and your fiancée, Dianne Doan, coping with this pandemic?

We’re safe and well. Being cooped up in your home with your significant other can be a challenge, but we’ve learned that clear communication is key.

What do you look forward to in your new series, “Nine Perfect Strangers,” and what excites you about the opportunity to work with Nicole Kidman and Melissa McCarthy?

I’m truly grateful for this opportunity, and I’ll be sure to cherish it.

What are your hopes and wishes for the entertainment industry when this pandemic is over?

As I mentioned previously, there’s an abundance of stories to be told from people of color. And there are so many outlets (streaming services, networks, independent film festivals) that can act as a platform for these stories. I look forward to seeing it all and hope that the next generation is inspired by it.