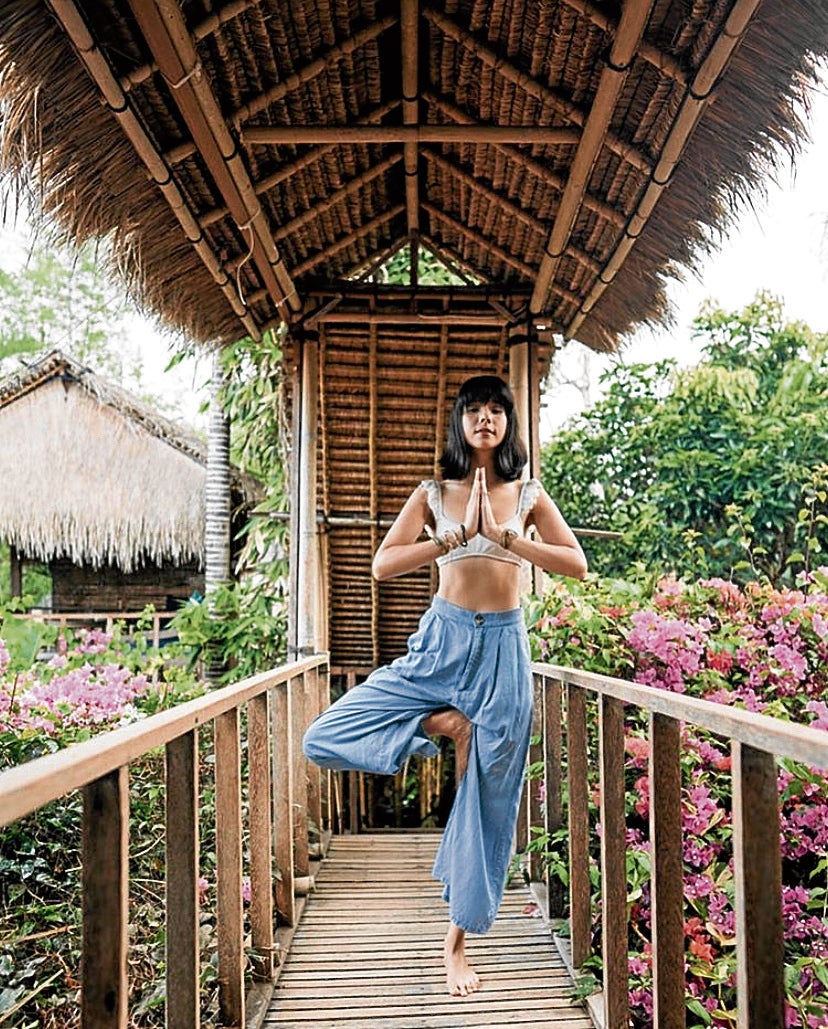 In observance of Mental Health Awareness Week, Maxene Magalona opened up about her own struggle with a psychological disorder and the inevitable stigma that comes with it.

In a deeply personal message posted on Instagram, the actress revealed that she had been diagnosed with complex post-traumatic stress disorder (C-PTSD)—a condition caused by “prolonged and repeated interpersonal trauma.”

The alarming symptoms began manifesting a couple of years back, Maxene recalled, when she was under immense stress and experiencing inexplicable bouts of anxiety and rage.

“I was an adult having embarrassing tantrums. But I couldn’t really understand where all the anger was coming from. When I was drunk, I would punch or kick doors, cry uncontrollably and scream as though I was calling out for help,” she recounted.

Episodes like those compelled the 33-year-old celeb to stop drinking alcohol and seek professional help. But it was easier said than done. Like many people, she used to think that having mental health issues was a source of shame.

“I have always wondered why it’s socially acceptable for people with physical illnesses to go to the hospital for treatment, while those with mental health conditions have to hide and pretend like they don’t have it?” she mused.

And when she did muster enough courage to have herself checked last year, she did so wearing a baseball cap and a hoodie, “because I was ashamed to be seen … [consulting] a psychiatrist.”

“I admit that I was hesitant to go at first, because I thought that psychiatric therapy was for people who are ‘insane.’ But I was determined to find out the root cause of my problems,” she said.

It was easily one of the best decisions Maxene has ever made in her life.

“My therapist helped me figure out that I was experiencing symptoms of C-PTSD,” Maxene related. “This was the reason I was feeling helpless and had difficulty controlling my emotions.”

Before long Maxene was taking the necessary steps on the road to healing—monthly therapy sessions, daily yoga, meditation and prayer.

“I write in my journal and pray to God every day. Thankfully, after a year of therapy, my therapist said I didn’t need medications, because I was making progress on my own,” said Maxene, who now wakes up at 4 a.m. to meditate for at least an hour.

Reading the “life-saving” book, “The Body Keeps Score,” also helped her a great deal with her recovery.

“It talks about how the effects of trauma stay in our bodies if we don’t release them,” she said. “It wasn’t easy. But with the book’s help, I was able to truly understand my condition and learn how I could help myself heal.”

Given the situation the world is currently in, Maxene believes that it is crucial, now more than ever, to speak up about mental health issues.

“I believe it’s time we end the stigma of mental health and start talking about it, so that those who need help won’t be afraid to seek it,” she stressed.

And to those who find themselves in a situation similar to hers, she offered a piece of advice: “Remember that you are not your mind. And although thoughts can be overwhelming, trust that you have the power to heal your past traumas and pain.”

The experience has also made her closer to God. “I’m actually glad I found out about my condition because it made me connect to God more,” she said. “I believe in my heart that He was the one who helped me through it all.” —Allan Policarpio