Virus trips up US soap opera ‘General Hospital’, 57 years on 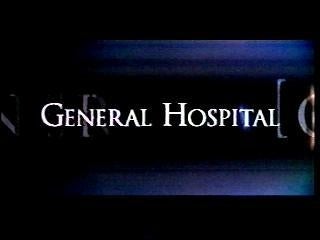 Will Michael get full custody of his son Wiley? Will Sasha’s romantic woes lead her down the road to addiction? Will Sonny and Julian battle it out once again?

Fans of “General Hospital” are awaiting answers to these questions — but they could end up waiting a long time, as the last new episode of the beloved United States soap opera aired on Thursday.

For the first time since its debut in 1963, and after more than 14,500 episodes, the ABC program will be on forced hiatus due to disruptions in production sparked by the coronavirus crisis.

“I’ve been watching this show since like I was maybe eight or nine years old,” says Tiana Jones, a 29-year-old who lives in New York’s Queens neighborhood.

“So not having that key part of my everyday life is hard.”

Filming on “General Hospital” came to a screeching halt in March, as it did for the vast majority of TV shows and films in progress, when businesses moved into lockdown mode.

The team behind the show re-edited episodes, adding lengthy flashbacks to make their new material last longer, and aired reruns of classic episodes on Fridays — but the well has run dry.

“GH” is not alone. “The Bold and the Beautiful” and “The Young and the Restless” — which air on CBS — ran out of shows last month.

That leaves NBC’s “Days of Our Lives” — which shoots episodes months in advance — as the last soap standing through the summer and into the fall.

Soap operas began as radio shows before migrating to television.

Storylines — which once focused largely on romantic hijinks and family drama — have expanded to include everything from the AIDS crisis to transgender acceptance to #MeToo harassment.

“It’s a daily habit… an hour of me time,” says 65-year-old Donna Walsh Costello, who had been watching the show more or less since the beginning.

“General Hospital” regularly draws slightly more than two million viewers a day. But with more people stuck at home, its ratings soared — nearly to the top of the daytime charts.

ABC did not respond to requests for comment about when production could resume on “General Hospital”, which boasts famous alumni like Demi Moore and Ricky Martin.

California Governor Gavin Newsom said Wednesday he would soon unveil plans for the entertainment industry, but noted there were likely to be delays in Los Angeles.

For Mary Sue Price, who worked as a writer on “General Hospital” from the late 1990s to 2012, the show’s enduring popularity stems from its “tradition of telling really strong stories” and the longevity of its characters.

Show stalwarts include Kin Shriner and Genie Francis, who arrived in Port Charles — the fictitious New York city where the show takes place — in 1977 as Scott and Laura.

“There’s a sort of continuity to it that people find really comforting and really reassuring,” Price said.

Michael Maloney, who writes for the Soap Hub website, says soaps “offer consistency in a world that doesn’t always have consistency.”

How to stay relevant

Since 2009, several major soaps have left the canvas — “All My Children”, “Guiding Light”, “As the World Turns” among them — leaving just four to soldier on in a saturated content market where traditional broadcast networks are losing ground.

“General Hospital” reduced its costs by 30 percent over a decade, ABC Daytime vice president for production Dominick Nuzzi told Variety in 2018 — mainly by cutting back on production time from 50 weeks a year to 35 for the same number of episodes.

“Everyone has been stepping up to do what they need to do in order to keep things viable,” he said at the time.

Now, with the coronavirus crisis presenting the soap industry with a new challenge, what happens next?

Walsh Costello said she fears that the audience could fade as the weeks of reruns drag on, and hopes new episodes will come back quickly — even if it’s only one or two a week at the start.

“That would keep the anticipation going!” she said.

But Jones says the fans — largely women, many of whom started watching with a mother or grandmother — are loyal. She often talks to her mom in Georgia about the show’s plot twists.

And while new shows are always better, a few golden oldies — perhaps the 1981 wedding of Luke and Laura, which drew 30 million viewers at the time — will be fun to see, Jones says.

“It’ll be cool to watch and see what they used to look like,” she said.

Maloney says he doesn’t believe the coronavirus crisis will be the death of soaps.

“The networks have tried alternative programming to take the place of the canceled soap operas. And nothing really seems to perform as well,” he said. IB

Read Next
WATCH: Taika Waititi, others narrate ‘James and the Giant Peach’ for COVID-19 relief efforts
EDITORS' PICK
High inflation: Your P1 is now worth only 87 centavos
Geek out at TOYCON 2022 powered by Smart Signature
Unemployment rate up to 6% in May
UK’s Boris Johnson will resign, BBC reports
High-risk pregnancy: Reducing your risk is in your hands
House energy committee chair Arroyo bats for cheap electricity
MOST READ
Suspect in grisly killing of missing woman in Bulacan arrested
Kim Atienza’s daughter flaunts bikini body in response to critics of her ‘revealing photos’
Number of active COVID-19 cases in PH breaches 11,000
Ex-Defense chief Lorenzana is the new BCDA chair
Don't miss out on the latest news and information.