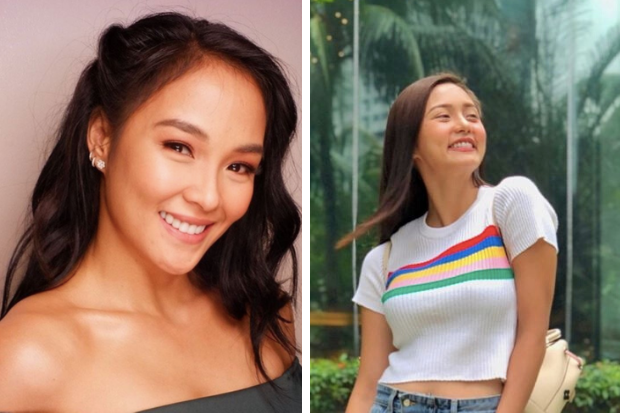 Lovely Abella has expressed her support for fellow actress Kim Chiu following the “Bawal Lumabas” gaffe by singing the latter’s new single, which she translated into Ilonggo.

Abella, who calls herself a “proud Ilongga,” lauded Chiu for being able to move on and even make fun of her viral statement despite receiving harsh online criticisms.

(I only thought of posting this after you released a statement. We know that what you went through is no joke, but now dear, you are super trending, and I am proud of you, that you can make fun of and already laugh about this.)

Abella sang in Ilonggo the chorus of “Bawal Lumabas” in her video, which was edited to also include Tagalog subtitles.

(It really is my hobby to translate songs into our dialect; I really am a proud Ilongga. But I never posted any of my previous translations because my voice is not that good, but I chose to release this classroom song with the help of Bea Ilagan.)

After bashers mocked and ridiculed Chiu over her statement during an online protest against ABS-CBN’s shutdown, Chiu was lauded by fans for choosing to move on by turning the viral statement into a song. JB