Fourth time’s the charm: ‘The New Mutants’ to close ‘X-Men’ saga in August 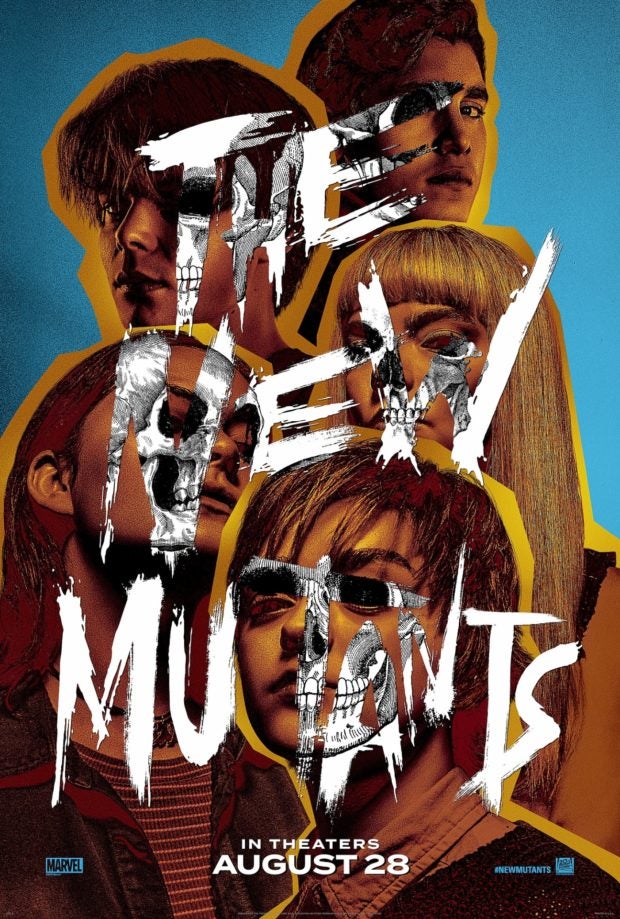 Though principal photography finished in 2017, and despite suggestions that Disney — having acquired “X-Men” movie franchise studio Fox in March 2019 — was not impressed with the initial cut, the expected reshoots never took place.

Director Josh Boone, propelled to mainstream recognition for his work on romantic comedy “The Fault in Our Stars”, explained earlier this year that he felt that reshoots would have been counterproductive: the movie’s young cast had become visibly older.

However, both Boone and lead actress Maisie Williams have spoken positively of the final cut, completed after Disney invited the director back to oversee editing and special effects work.

“The New Mutants” stars Williams (“Game of Thrones”) as a Scottish werewolf, Anya Taylor-Joy (“The Witch”, “Split”) as a Russian sorcerer, Charlie Heaton (“Stranger Things”) as an airborne American, Blu Hunt (“Another Life”) as a Native American illusionist, and Henry Zaga (“13 Reasons Why” season one) as a sun-powered Brazilian.

Alice Braga (“City of God”, “Queen of the South”) serves as the group’s mentor, though the five superpowered mutants are being held captive in a so-called training complex, struggling to come to terms with their abilities and a terrifying range of manifestations.

Zaga and Boone are working together again on a miniseries adaptation of Stephen King’s apocalyptic classic “The Stand”, in which core “X-Men” franchise actor James Marsden plays the lead character. IB

Read Next
James McAvoy lends his voice for Audible adaptation of ‘The Sandman’
EDITORS' PICK
Is it safe to talk politics again at family gatherings? ‘The Reconciliation Dinner’ shows us what that’s like
House energy committee chair Arroyo bats for cheap electricity
Pagasa: Warm, sunny Sunday in most parts of PH
vivo’s coming to town to grant wishes with more holiday promos
EDITORIAL: To a bike-friendly future
The Best Tech Gifts For The 2022 Holidays
MOST READ
LOOK: Vhong Navarro transferred to BJMP detention facility in Taguig
The Elephant Man in the Senate
Posh village as ‘shabu’ haven
LOOK: Zanjoe Marudo bonds with Ria Atayde, her family
Don't miss out on the latest news and information.