James McAvoy lends his voice for Audible adaptation of ‘The Sandman’ 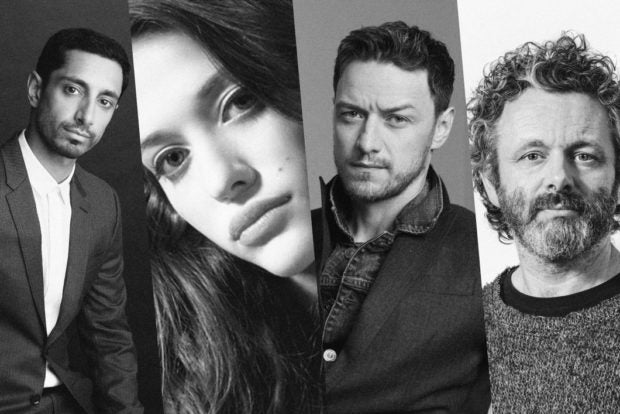 Riz Ahmed, Kat Dennings, James McAvoy and Michael Sheen (L to R) will contribute to the audio adaptation to ‘The Sandman”. Image: courtesy of Audible via AFP Relaxnews

While Netflix’s adaptation is on hold due to the COVID-19 pandemic, Neil Gaiman’s comic book “The Sandman” will come to life as a multi-part drama series.

The first installment of the Audible drama will adapt the first three volumes of the classic DC/Vertigo graphic novel, respectively titled “Preludes & Nocturnes”, “The Doll’s House” and “Dream Country”.

The audio series will be adapted and directed by British writer Dirk Maggs, while Gaiman will narrate “The Sandman” alongside a star-dubbed cast.

“Almost 30 years ago, Dirk Maggs approached DC about adapting ‘The Sandman’ into audio form. It didn’t happen (although it was how Dirk and I first crossed paths) and I’m glad it didn’t happen, because we are in a Golden Age of audio drama right now, and Dirk and I are much better at what we are doing,” Gaiman said of the project in a statement.

James McAvoy will voice the title role of Morpheus, also known as The Sandman, as he embarks on a quest to reclaim his lost objects of power and rebuild his kingdom after 70 years of wrongful imprisonment.

“As the multi-threaded story unspools, The Sandman descends into Hell to confront Lucifer, chases rogue nightmares who have escaped his realm, and crosses paths with an array of characters from DC comic books, ancient myths and real-world history,” reads the synopsis from the publisher.

Kat Dennings will portray Death, while Taron Egerton will lend his voice to John Constantine, and Andy Serkis will take the part of Matthew the Raven.

Also joining the powerhouse vocal cast are Michael Sheen as Lucifer, Bebe Neuwirth as the Siamese Cat and Samantha Morton as Urania Blackwell.

“A truly exceptional cast of artists will be bringing this cultural phenomenon to life. We are honored to be working alongside Neil Gaiman and DC to create a truly immersive adaptation that we know fans and listeners will love,” David Blum, editor in chief of Audible Originals, commented in a statement.

“The Sandman” will also feature an original score by Academy Award-winning composer and musician James Hannigan.

This new Audible series will be released in English on July 15, with editions in French, German, Italian, and Castilian Spanish and Latin American Spanish being available at yet-to-announced dates. IB

Gollum is back! Andy Serkis to live-read ‘The Hobbit’ in 12-hour #Hobbitathon