‘Scarface’ reboot in the works, set in Los Angeles 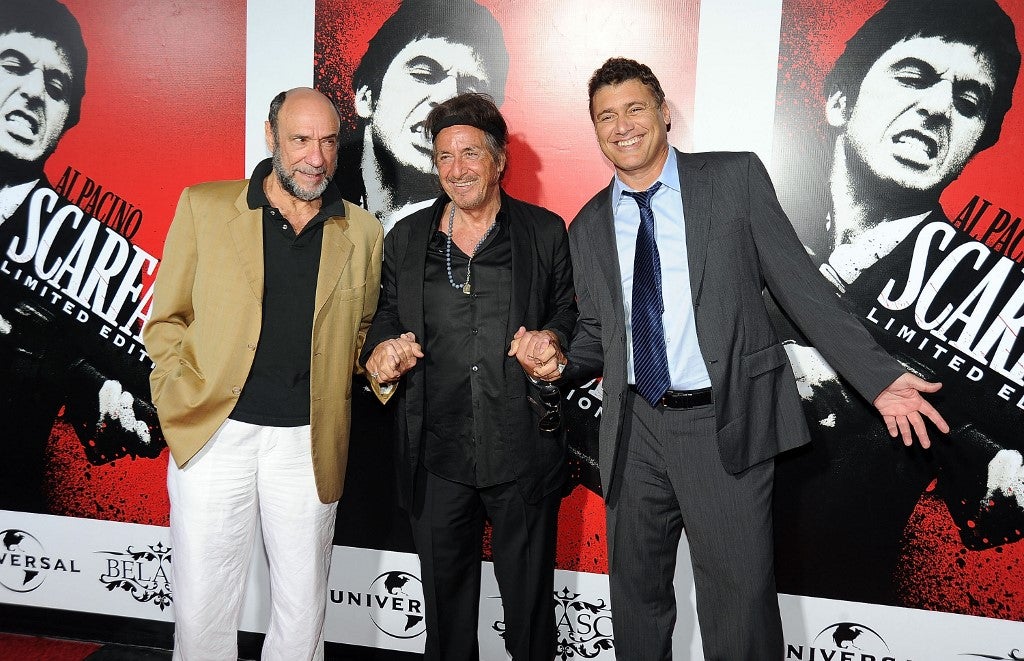 (FILES) In this file photo actors F. Murray Abraham Al Pacino and Steven Bauer arrive at the release of “Scarface” On Blu-ray at the Belasco Theatre on August 23, 2011 in Los Angeles, California. A reboot of classic gangster movie “Scarface” scripted by the Coen brothers and set in Los Angeles is moving forward with a new director at Universal Pictures, a source familiar with the deal told AFP May 14. (Photo by Frazer Harrison / GETTY IMAGES NORTH AMERICA / AFP)

A reboot of classic gangster movie “Scarface” scripted by the Coen brothers and set in Los Angeles is moving forward with a new director at Universal Pictures, a source familiar with the deal told AFP Thursday.

The film will be directed by Oscar nominee Luca Guadagnino (“Call Me By Your Name”) and will be the third big-screen take on the blood-soaked immigrant underworld story.

The original 1932 movie directed by Howard Hawks — itself based on a novel partly inspired by Al Capone’s life — depicted Italian mafia in Chicago.

The action was transplanted to Miami in Brian De Palma’s 1983 hit movie, starring Al Pacino as ruthless Cuban refugee Tony Montana, who builds a criminal empire based on cocaine.

The new film will reimagine “the core immigrant story” told in both the 1932 and 1983 films.

In adapting the story once again, Joel and Ethan Coen (“Fargo”) follow in the footsteps of Oliver Stone, who won plaudits for his flashy and ultra-violent screenplay for the second version — which included Pacino’s immortal line “Say hello to my little friend.”

The multiple Oscar-winning Coen brothers wrote the latest version of the script based on previous drafts for the long-gestating project.

Italian filmmaker Guadagnino is also reportedly working on a “Call Me By Your Name” sequel, and a “Lord of the Flies” adaptation.

No release date or cast have yet been announced for the new “Scarface.” All production in Hollywood is currently shut down due to the coronavirus pandemic.