Award-winning docus ‘Kingmaker’, ‘Sunday Beauty Queen’ to stream on May 15 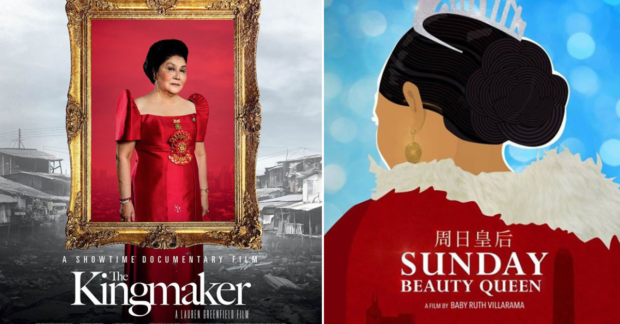 “The Kingmaker” and “Sunday Beauty Queen,” two documentaries that have received critical acclaim, will be available online on May 15.

“The Kingmaker” will be on iWant for free, the streaming service announced yesterday, May 11.

The documentary by American filmmaker Lauren Greenfield chronicles Imelda Marcos and her family’s rise, fall and rise again in the Philippines’ political sphere, featuring interviews with Marcos herself.

It won the audience award for best documentary film at the Warsaw International Film Festival in 2019.

It follows overseas Filipino workers (OFWs) in Hong Kong who find ways to cope with the hardships of being domestic workers in a foreign country, including joining a beauty pageant held on Sundays—usually the only day off they have.

Because you asked for it. 🥰💋