Kurt Cobain ‘Unplugged’ guitar up for auction starting at $1 million 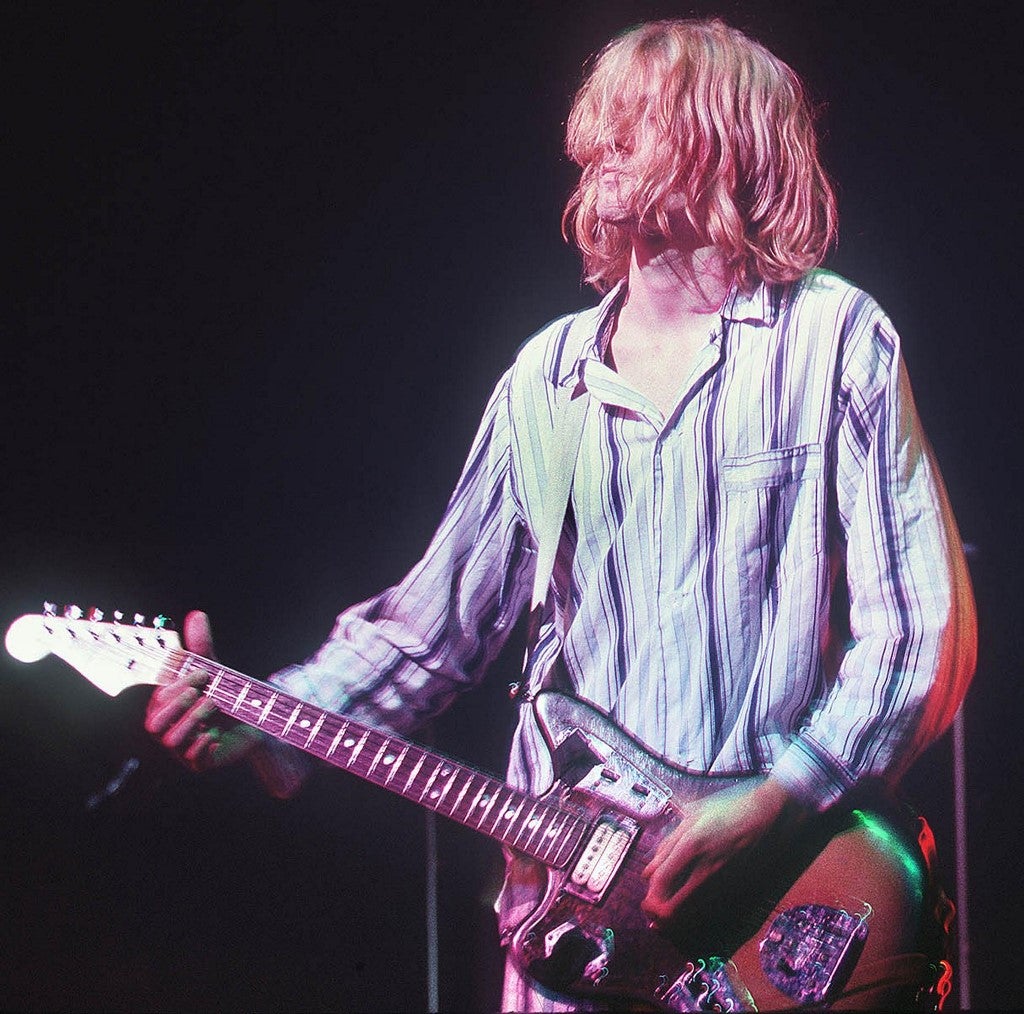 (FILES) This photo taken 19 February 1992 shows Kurt Cobain, lead singer for the US grunge rockers Nirvana, performing at the Nakano Sun Plaza in Tokyo during their 1992 Asian-Pacific tour. AFP PHOTO /Richard A. BROOKS

Decades after grunge’s reluctant poster boy took his own life, Kurt Cobain’s guitar played during his legendary MTV Unplugged performance is hitting the auction block at a starting estimate of $1 million.

The retro acoustic-electric 1959 Martin D-18E Cobain strummed for Nirvana’s career-defining performance in New York — just five months before his shock death at age 27 — will be open to the highest bidder the weekend of June 19th in Beverly Hills and online via Julien’s Auction’s.

Considering the starting estimate of $1 million for Cobain’s guitar, it will likely go for more than double that of a guitar that played a key role in Bob Dylan’s artistic evolution from folk to rock, which in 2018 fetched just under half a million.

Nirvana’s acoustic performance during the taping for the popular MTV Unplugged series on November 18th, 1993 became what is considered one of history’s greatest live albums.

It included renditions of Nirvana’s hits “About A Girl” and “Come As You Are” along with covers including David Bowie’s “The Man Who Sold the World.”

The guitar will be on display in the front window of London’s Piccadilly Circus Hard Rock Cafe starting May 15 until May 31.

Other Cobain memorabilia going up for sale includes a black custom-made and smashed Fender Stratocaster guitar played during 1994’s In Utero Tour — starting at $60,000 — and a metallic silver lame long sleeve button-down shirt the artist wore in the 1993 “Heart-shaped Box” music video, starting at $10,000.

In October 2019 Cobain’s iconic cigarette-singed cardigan worn during the “Unplugged” performance sold for $334,000.

And a paper plate Cobain had eaten pizza off of — and then written a Nirvana set list on for a performance at Washington’s intimate 9:30 club — that same year went for $22,400.