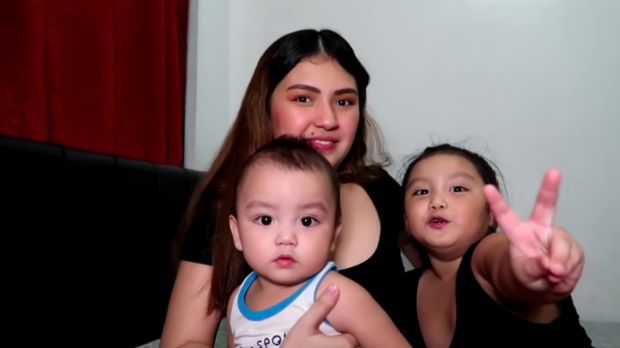 Karen Reyes admitted that she is mom to two young kids. Image: screengrab via YouTube/Karen Reyes

Actress Karen Reyes has announced that she is a mom to two kids in a vlog posted in time for Mother’s Day celebrated last May 10.

Reyes, who joined “Pinoy Big Brother: Teen Edition 4” in 2012, did not mention who her kids’ father is.

She became emotional as she explained why she preferred to keep her journey as a mom private.

(I became scared, which is why I did not say it right away. I got scared because I did not know if I would be accepted by people, if I had something to go back to in show biz. I did not know then what to do. I was scared of judgments.)

She added, “This is tears joy kasi finally nasabi ko na siya (because I finally said it).”

Her first pregnancy took place while filming the 2016 Liza Soberano and Enrique Gil film “My Ex and Whys.”

She was already pregnant while doing press cons, and she kept it a secret from her own mother. This proved difficult as she only had her best friend and sister to confide in.

Reyes confirmed too that pictures in 2017 of her firstborn’s baptism, where she was with boyfriend and Silent Sanctuary frontman Sarkie Sarangay, were real.

The former GirlTrends dancer said that she was making the reveal now after some reflections during the quarantine.