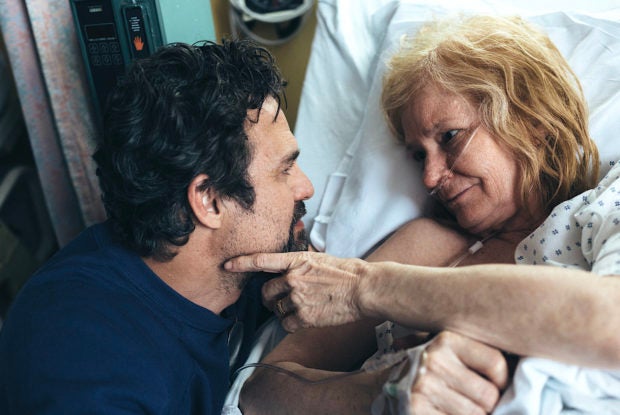 Mark Ruffalo’s double duty in the six-part series “I Know This Much Is True,” which premieres at 9 a.m. and 10 p.m. on HBO and HBO Go today, is a high-wire act that demonstrates the 52-year-old actor’s unwavering commitment to the acting craft.

If that last statement sounds like navel-gazing bs to you, wait till you see how Mark manages to transform himself from one character to the other.

Unlike the disarming precocity depicted in many screen characterizations involving twins, Dominick and Thomas’ intertwined lives are weighed down by a lifetime of domestic abuse and, in Thomas’ case, mental illness. The latter’s troubles at home and in school are exacerbated further by his episodes of pathological delusions.

But therein lies the rub. The story itself required Mark to take more than just emotional risks to appear convincing in the role of a paranoid schizophrenic. Since weight gain is one of the side effects of the antipsychotic drugs Thomas is taking, Mark deci­ded to give his portrayal added heft—literally and figuratively—by putting on 30 more pounds! Nope, a fat suit won’t do. 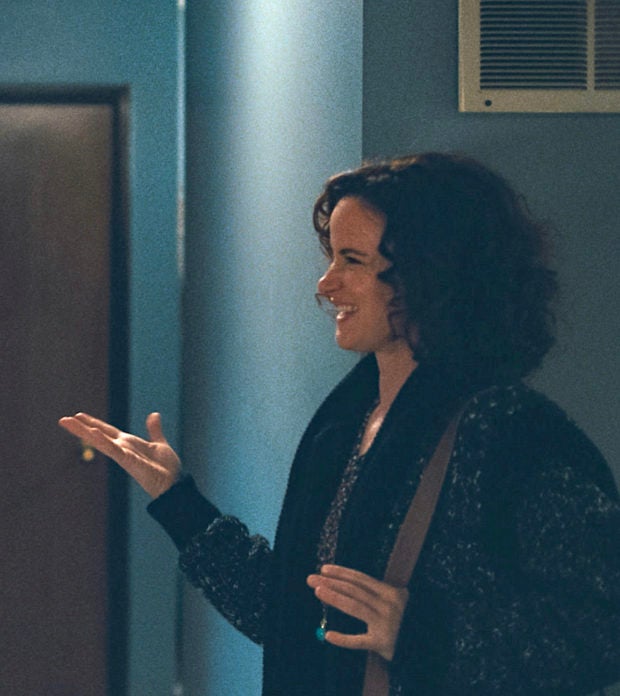 “So, after shooting my scenes as Dominick, we took a six-week break, and I gained those pounds,” the actor said in interviews to promote the HBO series. “It was hell! Indigestion, heartburn, acid reflux.”

Mark felt so sick one night that he believed he was actually having a heart attack. And he wondered if the production could gather enough material to put the whole series together without him!

Has the actor’s “sacrifice” paid off? You bet.

But, as they say, the proof of the pudding is in the eating. And while we urge you, dear vie­wers, to give “I Know This Much Is True” a shot, don’t expect all the production’s troubled characters to ride happily into the sunset.

Set in the 1990s, the series, directed by Derek Cianfrance and based on Wally Lamb’s second novel, avoids tackling its themes with clinical apathy and instead delivers an empathetic plea for compassion as it examines how mental illness isn’t an issue that only affects the afflicted.

In Dominick’s case, his bro­ther’s condition influences how he interacts with the people around him—from his dysfunctional romances with women (Kathryn Hahn, Imogen Poots and the scene-stealing Juliette Lewis) who refuse to play second fiddle to Thomas, to his initially strained but comforting relationship with Lisa Sheffer (Rosie O’Donnell in a spot-on portrayal), the social worker in charge of Thomas’ case in a psychiatric institution.

Just as compelling is how Cianfrance strings together gut-wrenching flashbacks and throwbacks from the twins’ hard life to give viewers a peek into a man’s heart-crushing descent to madness. 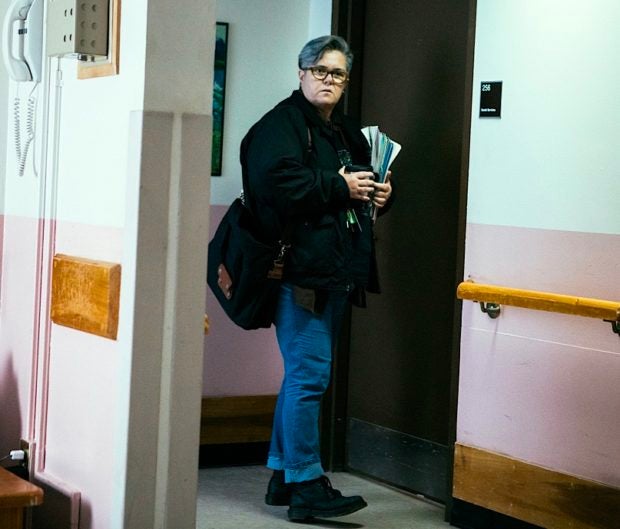 Dominick grows up hating his fragile and volatile brother (check out an astutely staged grade school excursion from Connecticut to New York that quickly degenerates into a constant source of embarrassment for the twins). But as a grown man, he eventually ends up becoming his troubled twin’s protector, even when they attend college.

After all, Thomas always gets the short end of the stick, getting beaten black and blue by their heavy-handed stepfather (John Procaccino) and perpetually pummeled into submission, while their subservient mom (the magnificent Melissa Leo) looks on helplessly. Adding to their insecurities is their mo­ther’s refusal to reveal the identity of their biological dad. 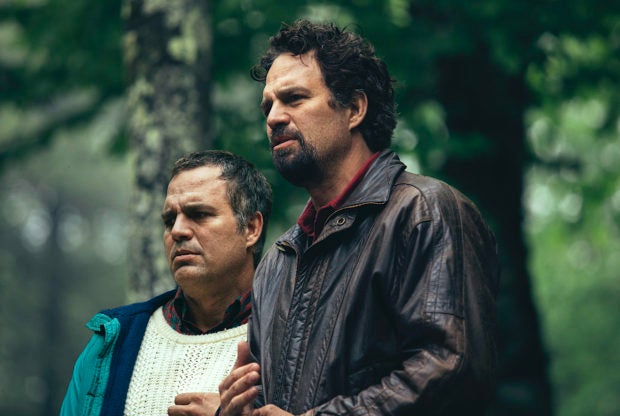 SEEING DOUBLE Mark Ruffalo plays a dual role in “I Know This Much Is True.”

In the three years since their cancer-stricken mom’s death, while Dominick struggles to make ends meet by painting houses, we see Thomas retrea­ting further into his illness.

But the twins’ lives are really turned upside down when Thomas holes up in a public library and decides to make a religious sacrifice that he reckons will stop the US’ participation in the Gulf War: He cuts off his right hand for all the world to see!

When Thomas is hauled off to a mental institution following his bloody “protest,” Dominick remembers his promise to his dying mom to take care of his sick twin and protect him at all costs. Many of these developments happen in just the first two episodes of this compelling, thematically provoca­tive series, so we won’t spoil the rest of the “fun” for you.

Suffice it to say that the three-time Oscar nominee (for “Foxcatcher,” “Spotlight” and “The Kids are All Right”) has just added another feather in his acting cap. 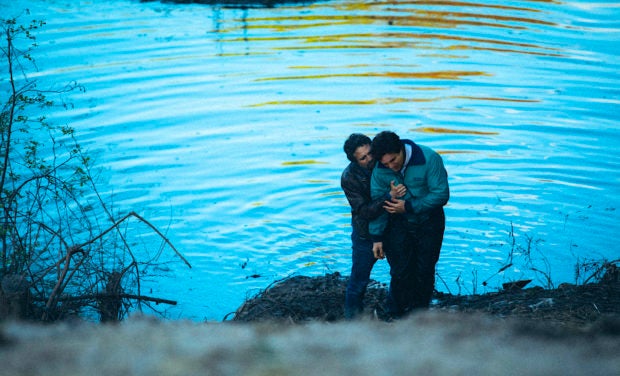 Scene from the six-part series

His impressive thespic feat is another proud addition to other actors’ two-in-one triumphs, like those turned in by James Franco (in another HBO series “The Deuce”), Tom Hardy (as real-life gangsters, Reginald and Ronald Kay, “Legend”), Armie Hammer (as the Winklevoss twins in “The Social Network”) and, of course, Nicolas Cage (in “Adaptation”).

But don’t take our word for it. See for yourself why Mark deserves to be in such distinguished company, and why they should be honored for him to join their ranks. INQ