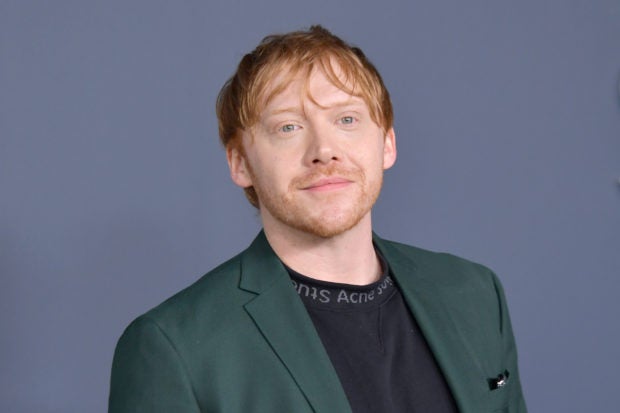 One of the stars of “Harry Potter”, Rupert Grint, and his longtime girlfriend, actress Georgia Groome, have welcomed a daughter together.

“Rupert Grint and Georgia Groome are delighted to confirm the birth of their baby girl,” a representative for the first-time parents told People last Thursday, May 7.

Grint, 31, and Groome, 28, also asked for privacy during this “very special time” for them. Their child’s birth comes almost a month after they disclosed that they were expecting a baby last April 10.

Grint rose to fame for portraying Ronald “Ron” Weasley in the popular “Harry Potter” saga by author J.K. Rowling. Meanwhile, Groome is well known for starring in the 2008 film “Angus, Thongs and Perfect Snogging”. The couple has reportedly been dating since 2011.

While the two are now proud parents to a baby girl, Grint previously joked about naming a child after his “Harry Potter” character during a 2018 interview with The Guardian.

“If I had a son, would I call him Ron? It’s quite a good name, but probably not,” he said. “And Grint’s a tough name to pair a one-syllable first name with.”

Grint also recently took the time to thank a frontliner braving the COVID-19 pandemic in the United Kingdom. According to Metro, the actor spoke with a midwife named Sam Halliwell during the “One World: Together at Home” event last month.

“Hearing your story is just insane,” Grint told the health professional at the time. “The sacrifices that you make [are] truly inspiring. It’s very Gryffindor behavior. Thank you so much.” Ryan Arcadio/JB