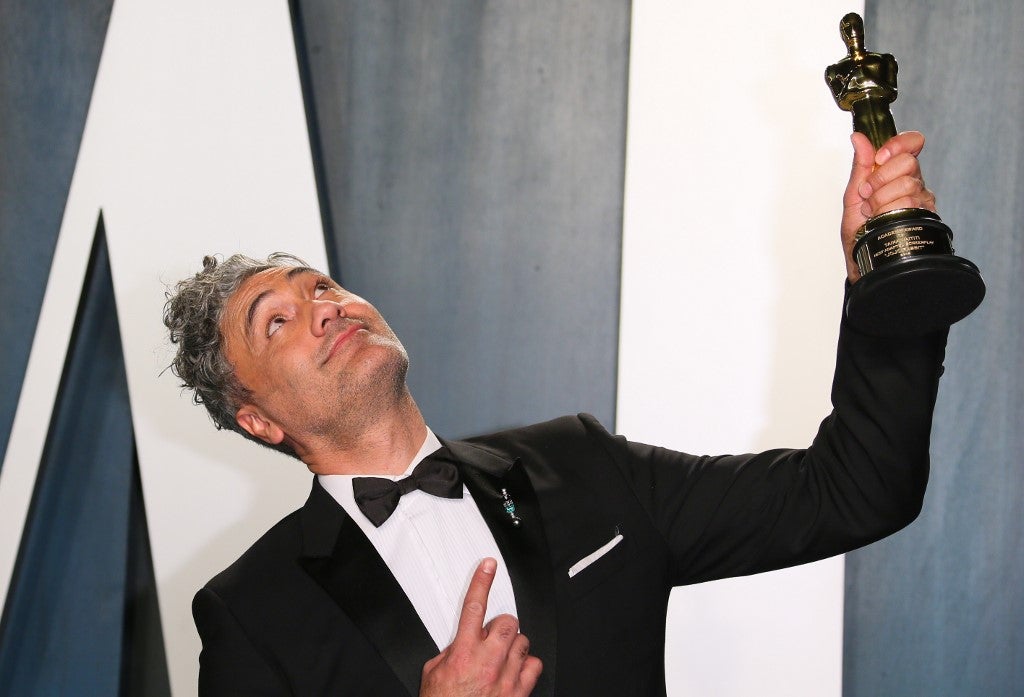 (FILES) In this file photo New Zealand director-actor Taika Waititi poses with his award for Best Adapted Screenplay for “Jojo Rabbit” as he attends the 2020 Vanity Fair Oscar Party following the 92nd Oscars at The Wallis Annenberg Center for the Performing Arts in Beverly Hills on February 9, 2020.  (Photo by Jean-Baptiste Lacroix / AFP)

He also directed the first season finale of “The Mandalorian,” the hit television show set in the blockbuster sci-fi franchise universe.

No date was set for the new movie. But the first of three currently scheduled “Star Wars” on Disney’s release calendar is penciled in for December 2022.

Announcing the news on May 4 — a date typically celebrated by “Star Wars” fans around the world who wish each other “May the 4th be with you” — Disney also confirmed reports that “Russian Doll” co-creator Leslye Headland will develop a new television series set in the same universe.

“Headland will write, executive produce, and serve as showrunner for the series, which adds to a growing list of ‘Star Wars’ stories for Disney’s streaming platform including ‘The Mandalorian,’ now in post-production on Season Two,” said the announcement on StarWars.com.

According to Hollywood trade reports, Headland’s live-action show will be a “female-driven action thriller” and “set in an alternate timeline from the usual ‘Star Wars’ universe.”

In addition, two other new live-action “Star Wars” television series are in the works for Disney+, including the return of Ewan McGregor as Obi-Wan Kenobi, and a prequel to movie spin-off “Rogue One.”

Disney has slowed down the release of its upcoming “Star Wars” films, with its recently concluded trilogy seeing diminishing box office returns and mixed reviews.

Waititi will co-write his “Star Wars” film with Krysty Wilson-Cairns, the Oscar-nominated screenwriter for World War I epic “1917.”