‘The Wire’ revisited? Cast to be reunited for new Baltimore show 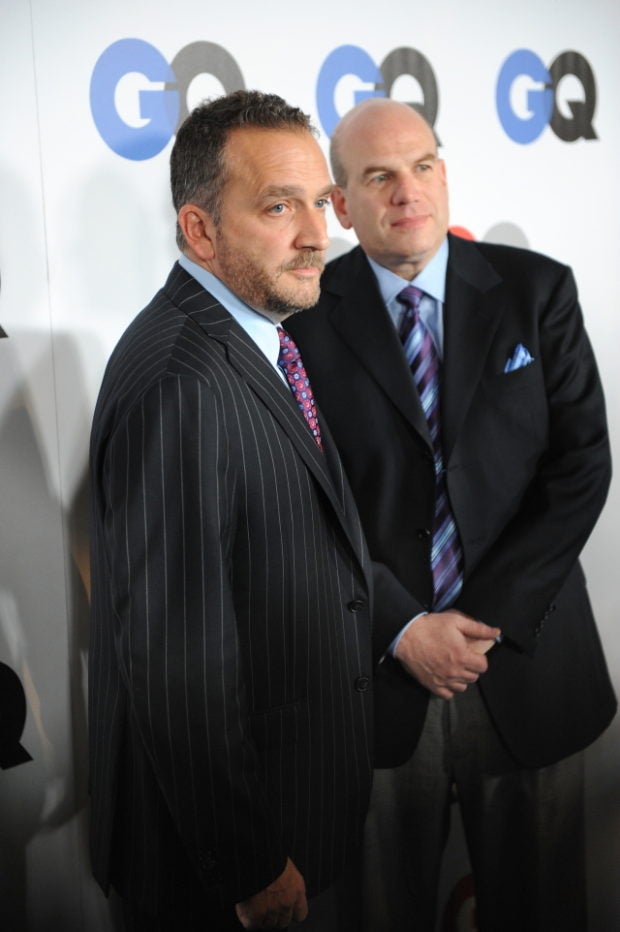 Writers George P. Pelecanos (L) and David Simon of the television show “The Wire” arrive at the GQ Men of the Year party at the Chateau Marmont Hotel on November 18, 2008. Image: AFP/Robyn Beck

United States screenwriter David Simon — who won praise for gritty crime series “The Wire” — confirmed Thursday he is reuniting the cast for a new show focusing once again on Baltimore’s police force. But, “Wire” fans, be forewarned — it’s not a sequel.

The news first came from crime writer George Pelecanos, who told French magazine Society that he was working with Simon and “Wire” writer Ed Burns on a new project set in Baltimore.

Pelecanos said the new show would focus “on the city’s police force which, in the past few years, has had to deal with several major corruption scandals within its ranks.”

When asked on Twitter about the interview, Simon — who also co-created “Treme” and “The Plot Against America” for premium cable network HBO — confirmed the project was legit.

“The Wire”, which ran for five seasons on HBO from 2002 to 2008, is widely considered to be one of the best drama series of all time.

The twisty series follows the drug trade in Baltimore — as seen through the eyes of the cops, the drug dealers, the politicians and those who run the port.

Idris Elba (“Luther”, the “Thor” films), Michael B. Jordan (“Black Panther”) and Dominic West (“The Affair”) are among the many actors who starred on the show, which was hailed for its realism. RGA