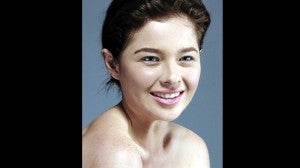 SOME years ago, Bing Davao started to establish himself as a good character or second-lead actor, but eventually dropped out due to some personal issues and challenges. This season, the good news is that Bing is back in thespic harness as Christopher de Leon’s political rival in “Dahil sa Pag-ibig.”

Unfortunately, Bing’s character was eventually killed, so he couldn’t build on the good first impression that he made in the course of his TV comeback. But, his strong showing as a political force to reckon with should prompt other producers to keep him busy from here on in.

Among other prospects, we’re looking forward to seeing Bing go mano-a-mano “against” his brother, Ricky, in a drama about sibling rivalry—and redemption—like the compelling conflict that Johnny Delgado and Edu Manzano tackled in “Tanging Yaman.”

Another talent on the comeback trail is much younger than Bing—she’s Andi Eigenmann, the teen actress whose career was sidetracked and sidelined a couple of seasons ago by her unplanned pregnancy.

Andi was too young to really know how to cope with the unforeseen event, but it’s clearly forced her to mature beyond her tender years, and she’s now focused on giving her little daughter a good life by way of the TV and movie projects that she’s lined up for her hopefully successful comeback bid.

Clearly, Andi is too good a talent to be permanently compromised by the fickle and impetuous finger of fate. In keeping with her new status in life, however, she’s bidding teenybopper roles a long goodbye, and saying hello to “more mature” roles.

We trust, however, that viewers don’t forget that Andi is still quite young, so they shouldn’t mentally typecast her in “fallen woman” roles. Let’s give her a break, why don’t we? Everybody makes mistakes, especially in the biz, so if Andi occasionally opts to do fun-filled rather than mordantly “guilty” roles, let her!

Similarly, we should give former child actor and now teen dad, Jiro Manio, a chance to revive his acting career, after his own personal and professional glitches and snafus in the past, few years.

Let’s all remember that, before the roof fell on him and his career, Jiro was one of our most sensitive child actors, with multiple awards to show for it.

Surely, he doesn’t deserve to be regarded as a precocious has-been. In fact, it’s likely that his personal struggles, which he has since surmounted, have made him an even better actor—so, let’s allow him to prove his worth once more.

Quite at the other end of the comeback spectrum are the veteran stars who want to act again, but aren’t prepared to adjust their acting style to suit the new times—and their much older and even aged looks. They retain their pushbutton liveliness and frenzy, instead of opting for a more mature and wiser projection. —Don’t insist, desist!