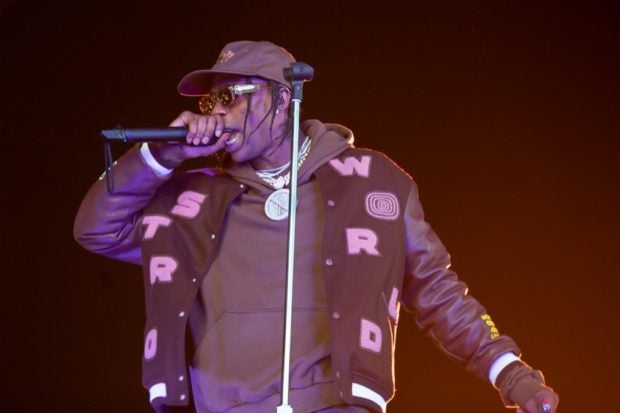 More than 12.3 million players of the video game Fortnite watched an in-game concert by US rapper Travis Scott, according to creators Epic Games.

Fortnite, a hugely popular online game in which players fight to the death, said it was a new record for this kind of performance.

A virtual version of the Houston rapper landed on an island in the game to present a 10-minute medley of songs from his 2018 album “Astroworld.”

The “Astronomical” performance was one of five that Scott is set to play on Fortnite.

The virtual concerts correspond with the release of his latest single, “The Scotts,” featuring rapper Kid Cudi who also appeared in the Fortnite concert.

The game allows up to 100 players to fight individually or as part of a team to be the last standing on a virtual battlefield.

Its first in-game concert by American DJ Marshmello in 2019 pulled in 10.7 million viewers.

Scott’s next four concerts take place on Friday and over the weekend.

The 27-year-old rapper, who has a child with his partner Kylie Jenner, made his breakthrough in 2013 and has had six Grammy nominations. CL /ra

Pitbull launches new song to inspire during the pandemic