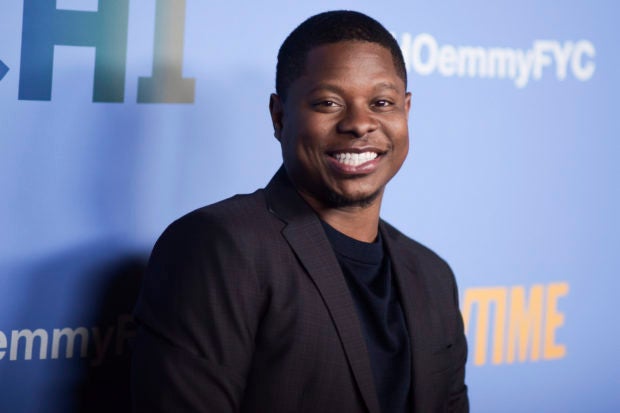 GULFPORT, Mississippi—A fired star of the hit Showtime series “The Chi” who was also featured in the Academy Award-nominated film “Straight Outta Compton” has been arrested on drugs and weapons charges on Mississippi’s coast.

Deputies searched Mitchell’s SUV and found about 2 pounds (0.9 kilograms) of marijuana wrapped in separate packages along with a bag of 1,300 dosage units of Ecstasy, Peterson said. Deputies also found an AK-47 firearm and a Glock 9mm pistol with extended magazines, he said.

Jail records did not indicate whether he had an attorney who could comment.

A representative for the actor told TMZ, “News stories move fast and oftentimes without all of the facts. This misunderstanding will be resolved shortly. We trust that the court systems (sic) blind justice will protect Jason’s rights and allow him to tell his story.”

Mitchell achieved critical acclaim for his role as rapper Eazy-E in “Straight Outta Compton,” the story about the rise of the rap group N.W.A., as well as for his work in 2017’s “Mudbound.”

A third season of “The Chi,” a drama about life in a neighborhood on the South Side of Chicago, is planned without Mitchell, who was fired amid allegations of misconduct. Details have not been revealed about what he was accused of doing, though the show’s creator, Lena Waithe, made multiple mentions of sexual harassment in a 2019 interview on the syndicated radio show “The Breakfast Club.”

He’s also been dropped from several other projects including the upcoming Netflix movie “Desperado,” amid allegations of misconduct.

According to The Hollywood Reporter, Mitchell has previously denied the unspecified allegations and said the #MeToo movement had been used as a “really ugly weapon” against him. CL /ra