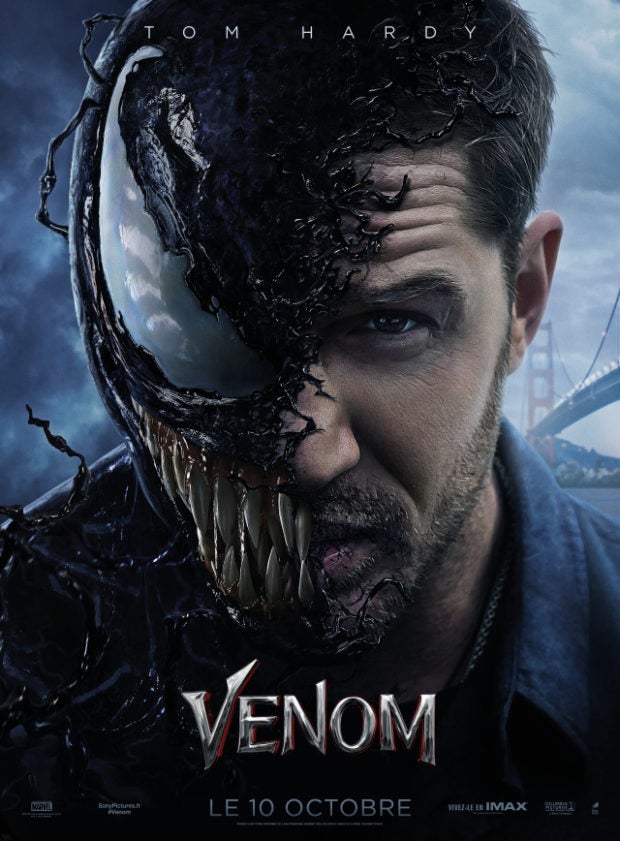 Released in October 2018, “Venom” directed by Ruben Fleischer took in a total of $855 million in receipts worldwide. Image: Courtesy of Sony Pictures via AFP Relaxnews

Fans of the superhero will have to wait an additional nine months to see Tom Hardy in the role of Eddie Brock, aka Venom. Hot on the heels of Warner Bros’s announcement on the delayed release of “The Batman”, Sony has revealed that the sequel to “Venom” has also been postponed.

Originally scheduled for release on Oct. 2 of this year, the next film by “Mowgli: Legend of the Jungle” director Andy Serkis on the superhero enemy of Spider-Man will not reach theaters until June 25, 2021. A date initially reserved for the release of “The Batman” starring Robert Pattinson and directed by Matt Reeves, which Warner Bros has now announced will finally be launched on October 1, 2021.

On a brighter note, the news has been accompanied by a surprise revelation from Sony Pictures, which has finally disclosed the title of the action movie starring the British actor in a short video published on Twitter. The sequel to the soberly titled 2018 “Venom” has been christened “Venom: Let There Be Carnage”.

Directed by Serkis, who is perhaps best known for his acting role as Gollum in the “Lord of the Rings” trilogy, “Venom: Let There Be Carnage” has been written by screenwriter Kelly Marcel.

Having featured in the first installment, Tom Hardy and Michelle Williams will be back in their two leading roles, while Woody Harrelson will be joining the cast to play the character of Carnage. In this latest adventure, Venom will be forced to team up with historic enemy Spider-Man (Tom Holland) to thwart Carnage’s evil plans and save New York. RGA

‘Venom’ gets a sequel, Tom Hardy to return