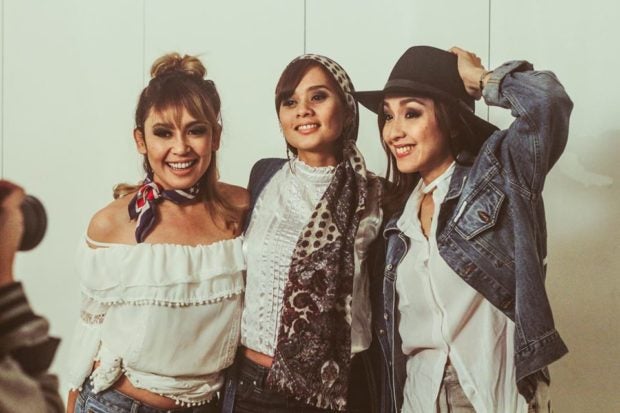 The three will perform together in “Secrets: III” on May 1, 8 p.m., they announced yesterday, April 22, on their Facebook page. The concert will be streamed live on the said page.

Due to insistent public demand: Aia de Leon, Barbie Almalbis, and Kitchie Nadal are back in the big stage for a rerun of Secrets concert at the Music Museum this Valentine’s week!Save the date: February 17, Friday (7:30 PM)Limited tickets are available at bit.ly/AiaBarbieKitchie. For offline purchase, contact Leah of VOTW/Gabi Na Naman Productions at 0917-878-9803. Other ticketing options will be up SOON!

Produced by Gabi Na Naman Productions, the fundraiser aims to help displaced workers of Metro Manila music venues. Like other businesses, these music spaces have been shuttered during the Luzon-wide enhanced community quarantine.

The digital concert is the third in their “Secrets” concert series, which began in 2016. Their last concert together, “Secrets: The Repeat,” was in 2017.

Prior to pursuing solo careers, the women each made waves as vocalists of OPM bands in the mid-2000s: De Leon was a member of Imago, Nadal of Mojofly and Almalbis, Barbie’s Cradle.  /ra