Melissa Barrera on ‘Vida,’ the sexiest show on TV now 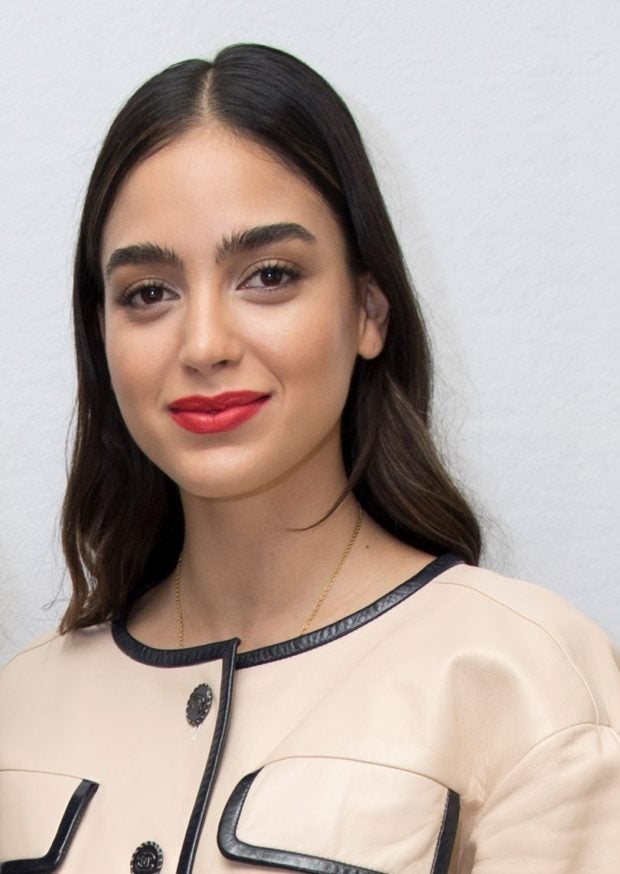 Not only is “Vida” the sexiest show on TV right now, but it’s also a riveting exploration of racial and sexual identity, and hot-button issues, including gentrification.

Melissa and Mishel Prada are superb as two very different sisters, Lyn and Emma, respectively, who reunite when their mother dies and they return to Boyle Heights, which is just outside downtown Los Angeles. Lyn is free-spirited, while Emma is rigid and business-minded.

The two Mexican-American siblings are shocked to find out that their mother had a wife. The sisters and this stepmom must now deal with the deceased woman’s bar, a neighborhood haunt for many in a predominantly Latino area seeing the onslaught of white-owned businesses.

This half-hour series on Starz is a vital show that bats for diversity and women, but served by creator Tanya Saracho in an entertaining way. In these pandemic quarantine times, my wife Janet and I watched all episodes from Season One to Three in just a few nights. That’s how addicting the series is.

“People want to see as close to real life as we can get,” said Melissa, a Mexico native who stars as Vanessa in Jon M. Chu’s eagerly awaited film take of Lin-Manuel Miranda’s musical, “In the Heights.”

The actress, who figures in many of the series’ sex scenes, added, “And sex is not always perfect, glossy and sexy. It can be messy, dirty and awkward. There’s beauty in all of that and that’s what I think Tanya (Saracho, creator) does so well. Tanya loves sex, as you can tell.

“I am willing to go places that sometimes make me, Melissa, uncomfortable. But we’ve been lucky that in all three seasons, we have been taken care of. We have closed sets when we need to.” 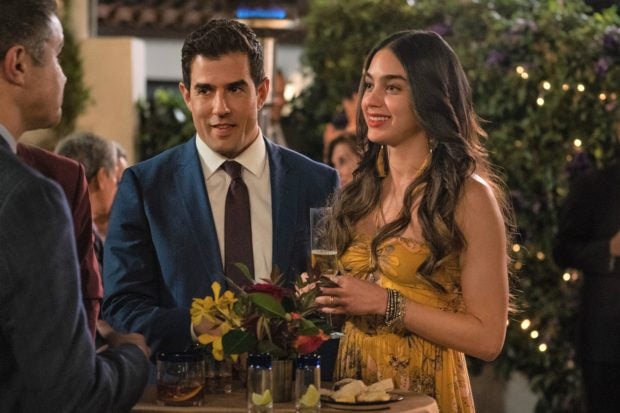 Barrera (right) costars as a free-spirited woman with Adrian Gonzalez in “Vida.” —STARZ

“So they had to stop the scene. Everyone came back in. The medic came and put ice on my knee. Finally, half an hour later, we went back in. But I thought I broke my knee just in that moment.”

Asked how she ended up in Hollywood, the beautiful 29-year-old answered, “I never wanted to be in Hollywood, honestly. I wanted to be on Broadway. That was my dream. I wanted to do theater and that’s what I went to school for. I went to NYU to study musical theater. And so the conversation with my grandma and mom was, ‘I want to act and do theater. Will you support me?’ Both my grandma and mom were like, yes, we support you.

“I was too scared, but I had a talk with my mom about the nudity in ‘Vida.’ That was one of the most difficult conversations that I have ever had in my entire life. You are just afraid of what people will say about you because we were taught since we were very young that we should care what people say about us.

“I still remember crying right after because I was so surprised at her (mom) reaction, that she was 100-percent supportive.”

“I am the only 100-percent Mexican who grew up in Mexico in the cast,” Melissa replied when asked how it is to be a Mexican native among actors who are Latinos born and raised in the United States. She is the eldest of four daughters of Rosana Maria Martinez García and Tomás Gerardo Barrera Tames.

“I get to play the character who gets shunned by her own people. So in Season Three, you get to see that whole scene. “When I first moved to the US three years ago, I did feel I was more Mexican than Mexican-American because I grew up in Mexico and because I spoke Spanish fluently. But being on ‘Vida’ has taught me that you can’t judge other people because of where they were born and the experience of where they lived growing up. I love that ‘Vida’ gets to touch upon so many different levels of that—colorism, classism and racism within the community.” 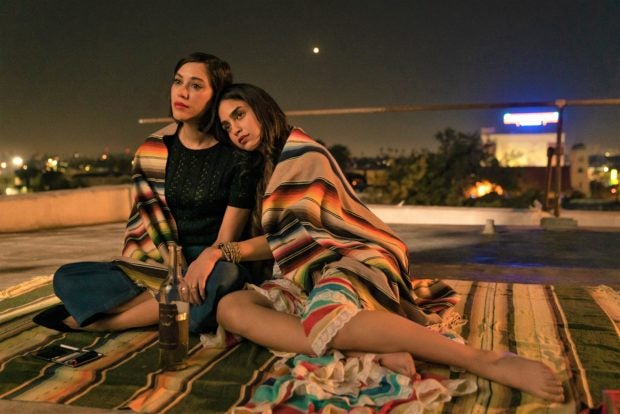 On what is the latest on “In the Heights,” whose release date, June 26, was pushed back because of the pandemic, Melissa said, “We have a group chat on iMessage with Lin, Jon and the entire cast. I would imagine the producers are making a plan for what is best for the movie because it definitely needs to be seen in theaters and on a big screen.”

Melissa, who was set to tackle several projects this year, sees the positive side of the production delays in Hollywood due to the coronavirus lockdown. “At the beginning of the year, I knew that it was going to be a very busy one … I was very worried that I wasn’t going to spend time with my husband (musician Paco Zazueta). We are newlyweds. We have been married for a year.

“And, bam! The pandemic came and now, I am stuck with my husband for many months. I am glad that I am enjoying this time with him very much.”

Sadly, Starz has canceled “Vida,” so the series ends with Season Three. “I didn’t know that it was going to be a short show,” Melissa commented. “We all thought that we were going to be in it for the long run.”

“But everything happens for a reason. I’m glad that we got the three seasons that we did and because those are three strong seasons, we didn’t get to the point where some shows get a little bit like they are going off the rails.

“I can see it already in other shows and new shows that are coming out, that ‘Vida’ has been an influence. So that makes me proud. I can see more Latino shows coming on, more shows that embrace the LGBT community and that are being brave and bold in a way that ‘Vida’ I feel like was groundbreaking.”

On the chance that “Vida” might continue in other networks, Melissa said, “We have seen other shows get saved by other networks. So obviously, we are all hopeful.”

“And if we got to keep going … I would love Lyn to get pregnant and have to deal with that. I feel like that would be a huge change—if she got pregnant with Johnny (Carlos Miranda), maybe Rudy. (Spoiler alert) If you saw the end of Season Three, you know that she ends up with Johnny.”

“Vida” is a rich, involving and important show on race, sexual identity, class divisions, family and more. Starz, how about reconsidering your cancellation decision on “Vida” and let it go on for several more seasons?