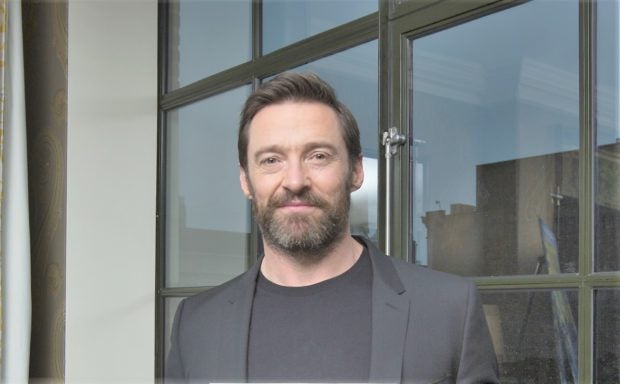 LOS ANGELES—Hugh Jackman, who gives one of the finest performances in his career in HBO’s “Bad Education,” recently gave us a glimpse of his self-isolation life in these pandemic times.

Holed up in his home in New York with his wife, Deborra-Lee, whom he fondly calls Deb, and their two kids, the actor said via a video conference interview, “We are here and all healthy, thank God.”

“I’m not going to lie to you,” Hugh shared. “I did shave a little bit for this (laughs). This is the first public thing I’ve done in two or three weeks. Deb said, ‘You should take that beard off.’ But I don’t think my appearance is as important to me.”

He brought up Frank Tassone, the superintendent he plays in “Bad Education,” which dramatizes the true story of one of the biggest public school embezzlement scandals in US history.

The film was written by Mike Makowsky, who was a student in the Roslyn School District in Long Island where it all happened. Frank and his superintendent assistant, Pam Gluckin (an equally excellent Allison Janney), were found to be stealing hundreds of thousands from the school district’s budget. All discovered because of an investigative reporting by two intrepid student reporters (portrayed as one person in the film by Geraldine Viswanathan).

In the drama directed by Cory Finley, Frank is depicted as using the school’s money like it was his personal account, from paying his dry-cleaning bills to his extravagant lifestyle, including keeping a male lover who was his former student (Rafael Casal as Kyle).

“For Frank, appearance was very important,” Hugh said. “He was quite open about that. He said he’s representing the school. One of the things that came out was that he spent $30,000 a year on dry cleaning, which he defended right up to the end.”

We told Hugh that on this afternoon, he himself looked good, with the late New York afternoon sun giving him a glow. “Thank you,” he said and added with a laugh, “Maybe I do care about appearances.”

Asked about his routine while confined at home, watching TV with the family, Hugh began, “We sit down in the family room and I annoy the kids. I do the ironing while I watch TV. The kids sit around or they ignore us—they’re 14 and 19. I am certainly watching more TV than I normally do.”

Hugh wanted a breather before he starred with Sutton Foster in a Broadway revival of “The Music Man,” which is scheduled to open in the fall. The coronavirus slowdown made Hugh’s break all the more possible.

He explained, “Before all of this happened, people asked, ‘What are you doing next?’ I said, ‘I am going to take six months off because I will be on Broadway for at least 15 months. I did the tour around the world last year. I spent a lot of time away from home. So I already planned for this time to be as quiet.’ People said to me, ‘We don’t believe you. You’re going to pick up a film.’

“Now, we are all forced into that (self-isolation). So, I’m actually enjoying it, just being with the family.”

The versatile actor admitted that he is also rehearsing his “The Music Man” dance routines at home. “I would be lying if I said I am not dancing in my living room a bit because we did a little workshop back in February. I was with the musical director today on FaceTime for an hour going through the whole score.

“It’s clear to me that a little bit of work keeps me sane. We start rehearsals June 29, hopefully. I thought, I have to be ready for that. So let’s say, a quarter work and the rest is simple, hanging out. A lot of cooking, which my kids aren’t that thrilled about, but Deb is thrilled about it (laughs). My cooking has about a 50-percent hit rate. Quite often, I cook and then the kids go, ‘Oh great, can I order Postmates, dad (laughs)?’”

The actor acknowledges that he is fortunate. “I am so blessed that I’m allowed to stay at home while doctors, nurses, firemen, police officers are working out there on the front lines. The rest of New York is probably like a lot of the rest of the world. It’s quite tranquil and bizarrely empty. It feels like a postapocalyptic movie—New York City with no one around.

“However, people are waving to each other. People seem to have more time. The optimist in me hopes that will continue, that there will be a shared sense of what is most important, and hopefully, that’s what will come out of this.”

He shared what helps him in these stressful times. “I have done meditation for 25 to 30 years. It has helped me a lot because I worry mainly for my kids. And also just that pervasive anxiety. I don’t want that to impact them too harshly.

“This thing has hit the entire planet. Everyone has been forced to stop and really look at things. I do think that this is an opportunity for us to reach beyond our habitual lives that we had been living. We have to think globally, instead.” 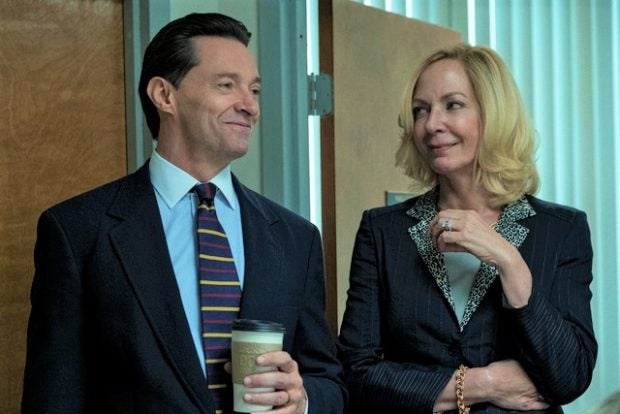 Back to “Bad Education,” Hugh said he did not meet the real-life figure Frank Tassone. To portray the superintendent, Hugh said, “It’s all public record. I actually hired a researcher. I had reams of material, newspaper articles. There are hours of video of him talking about the incident, talking prior to the incident. He was a very public character because of his position.”

On what attracted him to “Bad Education,” which was based on Robert Kolker’s 2004 New York magazine article on the embezzlement scandal, Hugh answered, “First of all, the fact that it was true, but I like more the gray areas of humanity. In the end, a lot of people did something very bad and went to jail. They stole public money—$12 million. It was the largest theft in school history.

“But what interested me is that slippery-ness of truth. What starts as something so small and justifiable can snowball into a $12-million thing. And they will somehow justify it to themselves.

“This film is also the coming-of-age story of the girl (Rachel, played by Geraldine Viswanathan), who is actually an amalgamation of two characters in real life. But imagine the courage it took for 15-year-old kids writing in a school paper, to actually uncover a scandal of this size.

“Frank was without a doubt the number one [superintendent] in the country. I do know that he was told that it would be totally within his rights if he took $10,000 a month from the ATM because of the amount of work he does. Things like that. So, in his head, he’d be going, ‘OK, I’m the best in the country. I have a doctorate degree from Columbia. If I went to Wall Street, I’d be earning $20 million a year.’

“This is on record—when he was convicted and someone told him, ‘You stole $2.2 million.’ He said, ‘No, that’s not true. I stole $1 million.’ But the $1.2 million was money that he gave back to teachers in terms of like, ‘You are doing an amazing job. I’m going to send you to Poughkeepsie for the weekend.’ Or, he would put on a lobster lunch. In his way, he somehow justified it.”

On how his own education in Australia shaped him, the son of Grace and Christopher John Jackman, who was a Cambridge-educated accountant, Hugh replied, “My dad always preached education, education, education and never forget your family. So, no matter how busy or stressed you are, make sure that everyone in your family is OK. Keep learning at every turn and that will give you the proper way to go forward. That was an amazing advice.

“I had a great acting teacher. Lyle Jones passed away just three months ago in Australia. I think he was 91 when he passed. He was really the rock of everything that I learned as an actor. He said the secret to acting is breath, breath, breath, being present, in the moment, just following that breath, being alive.”

We asked what Hugh knows about Frank Tassone these days. Frank served about three years of his maximum prison sentence of 12 years and was released from prison in 2010 for good behavior.

“The last I heard when we were filming was he’s online as a tutor,” Hugh said. “At $50 an hour, he can tutor you in just about anything. He is living in the Bronx, in his family home that his parents had. That was about a year ago. Part of me always feels a little mixed about this because everyone makes mistakes. But this is a cautionary tale, and that’s why we’re telling it.”

On portraying Frank—Hugh gives a nuanced, three-dimensional portrait that is his finest performance in recent years—the actor said, “He’s a very tragic character because he had everything going for him. He was a brilliant educator. But he put on so many masks and fronts.

His image was so important to him that he was creating lie upon lie. Of course, it all came crumbling down in the end. He had it all, really. I find the whole story heartbreaking.”

Frank claimed he was a widower, but it was discovered that he had a domestic relationship with a man—two men, as shown in “Bad Education.” “He had a picture of his wife on his desk, and he wore the wedding ring,” Hugh said. “He would talk about that all the time.”

Toward the end of our chat, Hugh reflected again on the pandemic crisis. “You know the saying, ‘Humans plan, God laughs.’ I am guilty of it, too. Somehow, this situation has made everyone step back, look at plans that we obsessively create, and take notice of other people and their plans.

“The only thing that we can really rely on is community and being there for each other. And that sense of community has made us a lot stronger. This is a world pandemic, everyone’s in the same situation. I can’t think of any time where something has gripped the entire planet at the same time. So hopefully, we have a chance to come together.