How Joseph Marco prepares for a kissing scene | Inquirer Entertainment

How Joseph Marco prepares for a kissing scene 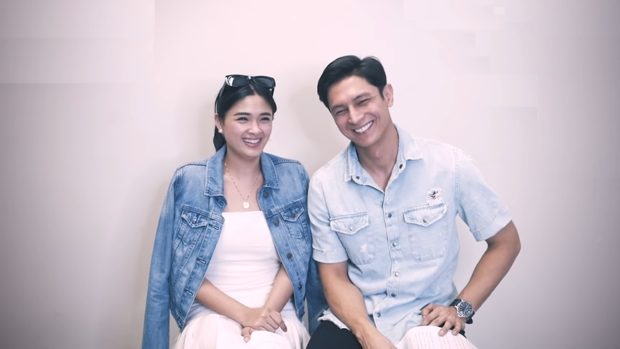 Be a gentleman. You can’t just kiss your leading lady however you want to. How you will handle the scene still depends on what the script requires.”

This was according to Joseph Marco, who after being paired with different actresses since he joined the biz in 2015, seemed to have gotten doing kissing scenes down to a science.

“If you think about it, it’s quite uncomfortable to do kissing or bed scenes. But this becomes easy when the director says ‘action!’ and you become your character. You now get to feel what he’s feeling—that emotion is real. You really become your coactor’s husband or lover,” Joseph told Inquirer Entertainment. “That’s why you have to take care of your leading lady all the time.”

Joseph is paired with Yam Concepcion in his latest TV project, titled “Uncoupling,” which began streaming on iWant on March 31.

Being the professional that he is, Joseph said he would really prepare before doing any intimate scene. “I never go topless on TV unprepared. I always get ready,” he declared. “I’m also super obsessive when it comes to my teeth. I brush them four times a day. I gargle whenever I get the chance. On a day like that, I’m even more conscious. If you think about it, your coactor would feel weird if you kiss her with your breath smelling like you just had dinner.”

Joseph added: “Just like what I did with Yam, I would first discuss the scene with my coactor so she won’t get surprised later on. Not every detail, though, because they said it won’t look natural if a scene is too rehearsed. I remember Ritz (Azul, his leading lady in ‘Los Bastardos’) would laugh at me because she said I think about our scenes too much. It’s just that in Hollywood, they really rehearse important scenes—not just bed scenes—before each take. I just think that if you already know your lines and your camera blocking by heart, you can then focus on your emotions. You will be able to feel the scene more,” he explained.

In “Uncoupling,” Joseph (Carlo) and Yam (Alex) are high school sweethearts who get married, have a child, but eventually fall out of love. They have been struggling for years to save their marriage, until they decided one day to “uncouple” even while still living under one roof. 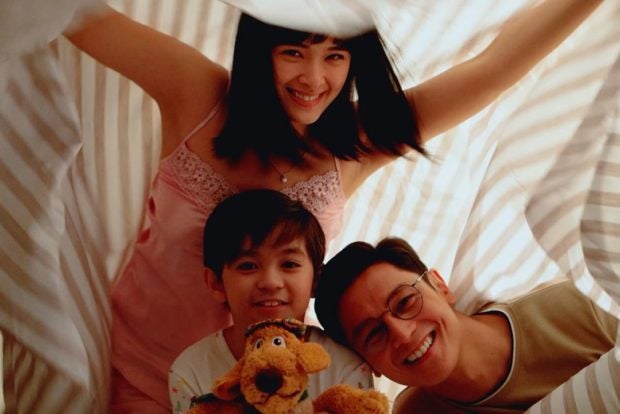 While in this weird setup, Carlo finds a new girl and Alex decides to kickstart her dating life again. However, things get weirder when their in-laws try to get them back together. The series attempts to answer the question: Is it really possible for two parents and former lovers to move on from each other while still living together?

“It won’t work for me. I don’t believe that living under one roof with your ex is doable,” declared Joseph. “Personally, I can’t seem to imagine myself agreeing to that setup. It will just create tension between the two of you. I’d also have a hard time sleeping at night.”

He further explained: “Plus, that would be so unfair to my new girlfriend. As a guy, how could you even let this happen, even if your ex agrees to it? I have so much respect for my ex. I will first fix everything before getting into another relationship.”

“Uncoupling” is Joseph’s first project with director Dwein Baltazar and second with Yam (“Pure Love,” 2014). He said working with them had been a breeze. “It didn’t feel like work with them on the set. I didn’t feel any pressure. Makukulit sila pareho. We laugh on the set a lot,” he recalled. “Direk Dwein is such a cool director. She was very collaborative. She simply guided us in terms of how she wanted us to move around for the camera.”

As for Yam, Joseph said, “I can see that she’s going to be a big star in the future. I’ve always believed in her talent. As a person, she’s one of the boys, tropa siya. I only have a few friends in the business. Seeing a good friend excel in what she’s doing makes me very proud. She deserves all the praises she’s been getting.” INQ