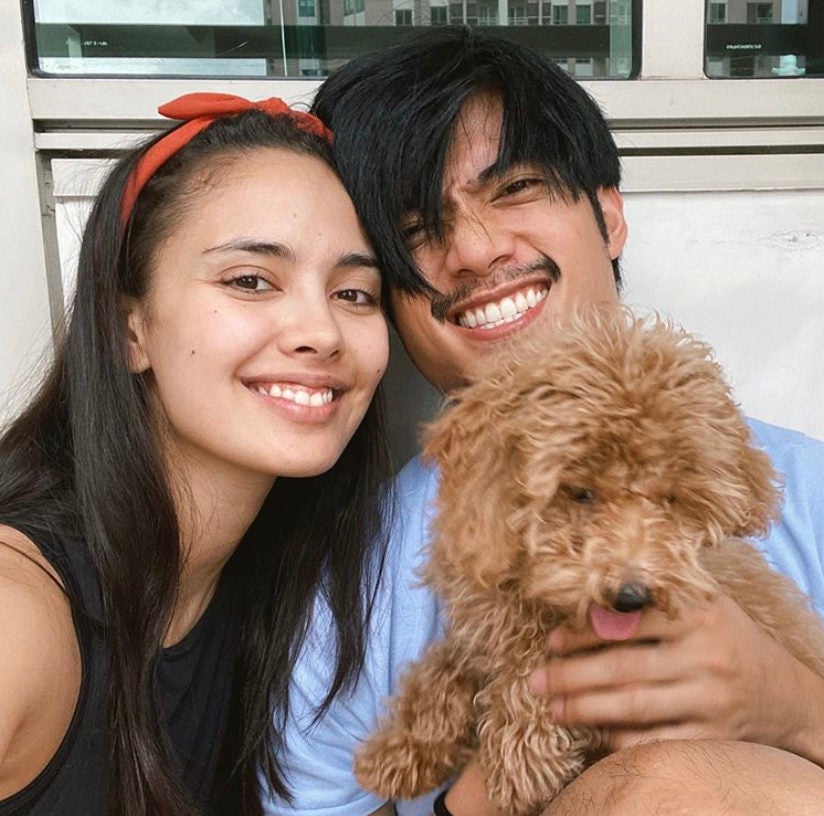 For newlywed couple Mikael Daez and Megan Young, life in quarantine has been a mixed bag so far—“there’s shock and fear”; “sadness and anxiety”; and unexpected slices of “happiness” from oft-overlooked things.

“This time in our lives—not just in the Philippines, but globally—is very different. Not being allowed to go out and do certain things that we’re used to … this is the first time this has happened to us,” Mikael said in his YouTube vlog and podcast that he runs with Megan.

The Kapuso actors are currently cooped up in a condominium unit together with Mikael’s three brothers, as well as a pet cat and dog. And as all five of them try to establish their respective routines in one place, Mikael realized that there’s still a lot to be discovered about people he has known all his life.

“It put things into perspective. You get to know and see the people you love from a totally different light. And it’s those moments I get to appreciate—things we would consider as nothing but mundane, if it were a normal day … if the world were working normally,” he related.

Patience, Mikael has learned, also comes in handy in such circumstance. And luckily, working in show biz has trained him and Megan to have just that.

“Sometimes, taping days could last 20 to 30 hours. And most of the time you would be staying in a small tent, cramped with as many as six people. And at times, you get stuck there, not doing anything—it does happen. So we have mastered keeping ourselves busy and not get irritated. We have become more patient,” he said.

But as uncertainty continues to hover over everyone’s heads, it’s imperative, he stressed, to have each other’s back as we try to cope with the COVID-19 pandemic.

“It’s a serious issue and it does feel like we’re living in very uncertain times. I think it’s important for people to see and know that we’re all in this together,” Mikael said. “It’s important to keep each other company, as we try to make it through this.”

Of course, Mikael and Megan are well-aware that not everyone’s situation is the same. And so, they encourage those who have something to spare to help people in need and workers in the front lines. Megan, for instance, has teamed up with her friends to raise funds for hospitals in Olongapo City, Pampanga, where they grew up.

“There are so many ways to help. You can donate money or resources from your home to the people out there in the field,” Mikael pointed out. “Personally, we reach out to people close to us who are getting things done—people we know we can trust. And we hope to empower them.”

Mikael and Megan had been dating each other for nine years, before tying the knot in a modest and unannounced wedding ceremony last January in Subic, Zambales. One of the foundations of their relationship is “honesty.”

“We have known each other for years. And ever since, we have been very open to each other. We’re honest when it comes to problems, may it be personal, financial or about family or work. We will talk about it openly, whether it’s her or me having the issues,” he told a group of reporters in an interview for his soap “Love of My Life.”

Yes they have had arguments and big fights. “What relationship doesn’t have that?” he said. But they never let it simmer for too long. “If the problem’s fixable, we will fix it. That’s how we are with each other.”

They chose not to go on a honeymoon—and they wouldn’t be able to anytime soon anyways. “During our past travels, we talked about it and agreed that we didn’t need it. If we go out next time, maybe we can say that it’s our honeymoon … But no plans exactly,” said Mikael, who did let on that he and Megan have been yearning to explore South America.

Baby plans? Not at the moment, Mikael said, “but you never know. “Bahala na. I can’t answer that because you really can’t tell. But I’m sure there would be a lot of surprise elements should one arrive.”