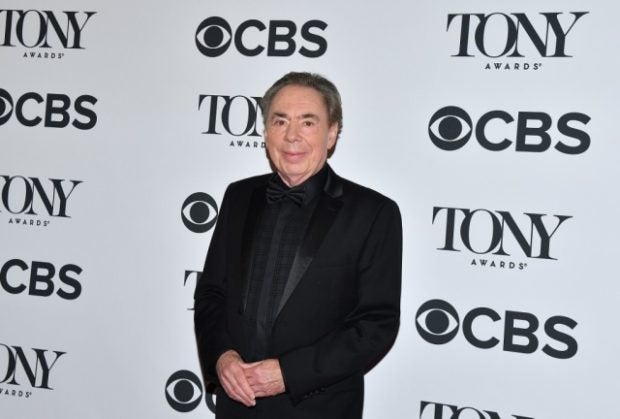 Andrew Lloyd Webber has announced the new streaming initiative “The Shows Must Go On!”, as theaters across the world are bringing the curtain down in reaction to the global COVID-19 pandemic.

Every week, the British composer will stream a production of one of his musicals in its entirety on a dedicated YouTube channel.

Each musical will be available to watch for free for a 48-hour period, from April 3 at 7 p.m. GMT. The first release was an adaptation of “Joseph And The Amazing Technicolor Dreamcoat”.

This production of the musical, dating back to 2000, stars Donny Osmond, Maria Friedman, Richard Attenborough and Joan Collins.

Theater lovers will then have the opportunity to watch the 2012 arena production of “Jesus Christ Superstar”, starring Mel C. of The Spice Girls, Tim Minchin and Chris Moyles.

Additional musicals will be announced in the coming weeks, with Webber assuring fans in his introduction video for “The Shows Must Go On!” that his flop “By Jeeves” will be on the roster.

The infamous musical made its debut on April 22, 1975 at Her Majesty’s Theatre in London, where it ran for only a month.

“Sometime, buried in the schedule later on, the most important one, my disaster musical, ‘By Jeeves’, and I’m very, very fond of it and so will you,” Webber said in the announcement video for “The Shows Must Go On!”.

In addition to streaming full-length productions, “The Shows Must Go On!” will offer behind-the-scenes videos of favorite show tunes, as well as more exclusive content from Broadway and beyond.

While the new YouTube channel is available for all, viewers are encouraged to make donations to organizations like Acting For Others, Broadway Cares and Actors Benevolent Fund.

Meanwhile, London’s National Theater has recently launched “National Theatre at Home” to entertain audiences stuck at home by live streaming some of its star-dubbed stage productions.

The initiative launched earlier this April with Richard Bean’s “One Man Two Guvnors”, in which James Corden delivered a Tony Award-winning performance.

'A friend of mine likes you.’ Hands up who’s heard this one before! #OneManTwoGuvnors #NationalTheatreAtHome pic.twitter.com/D2kCJrQ00l

The acclaimed production is currently available on the National Theatre’s YouTube channel, where viewers can watch it for an entire week. RGA

Not so funny: Edinburgh festivals canceled for first time