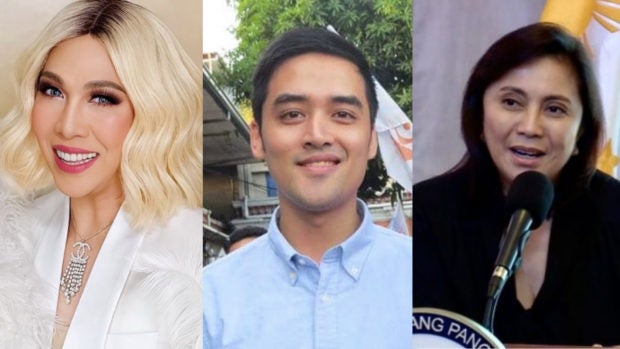 Comedian Vice Ganda thanked Vice President Leni Robredo, Pasig City Mayor Vico Sotto and everyone who has been working tirelessly to keep the country’s people safe and alive amid the COVID-19 pandemic.

Vice emphasized that during this time, helping to ease the crisis is not a matter of competition, as stated on his Twitter account yesterday, April 2.

The comedian’s statement followed the report that Robredo should be probed by the National Bureau of Investigation for “illegal solicitations” and for supposedly “competing with the national government’s efforts” to battle COVID-19, as stated by Presidential Anti-Corruption Commission (PACC) Commissioner Manuelito Luna. Meanwhile, Mayor Vico Sotto was called upon by the NBI for allegedly disobeying the national government’s policies or directives in imposing quarantines under the Bayanihan to Heal as One Act. The “continuous tricycle operations in Pasig” was cited in the NBI’s letter to Sotto, which the city has already stopped. Sotto has since sent a letter requesting clarification on his supposed violation.

Prior to these reports, the Office of the Vice President (OVP) has been offering free shuttle service to health workers and has opened free dormitories to serve as a temporary shelter for frontliners during the Luzon-wide enhanced community quarantine. The OVP also raised P36.2 million for supply of ppes to health workers.

(Together with my fellow countrymen, I would like to thank Vice President Leni Robredo and Mayor Vico Sotto and everyone who have been tirelessly working to save and keep Filipinos alive.)

“Kaisa nyo kami (We are with you),” he added. “[Kontribusyon] hindi kompetisyon (Contribution, not competition).”

Hours after Luna’s call for an NBI investigation against Robredo, PACC Commissioner Greco Belgica clarified that the call for a probe did not come from the agency but was Luna’s personal opinion. He said the PACC was “not asking anyone to investigate VP Leni Robredo.” Luna also clarified that he made the request in his own “personal capacity as a tax payer” and was not “a PACC thing.” The PACC commissioner has yet to send any formal letter to the NBI, as of this writing.  /ra

‘Ceasefire muna sa patalinuhan, pabobohan’: Vice Ganda says compassion should be for all amid COVID-19

‘Empathy not threats’: Stars speak up on Duterte’s ‘shoot-to-kill’ order