Here are more suggestions from other acclaimed Filipino filmmakers on what you can watch to entertain yourselves while stuck at home during the enhanced community quarantine being enforced to curb the spread of the dreaded new coronavirus disease.

Actor-director Ricky Davao said that right now, he is really focused on watching the news, both local and international, so when he has the time to watch films, he would pick them randomly. “I just saw ‘Contagion,’” he said of Steven Soderbergh’s dramatic thriller released in 2011.

“It’s prophetic,” added Davao. “It’s like it’s only been shot today. Grabe! Everything in the movie is happening now. It’s also really sad hearing common friends leaving us because of COVID-19. We really have to stay home! Let’s all follow proper hygiene. Stay safe, and pray!”

It’s surprising to learn that Brillante Ma Mendoza, who’s known to churn out films that carry sociopolitical themes, would recommend something that is “romantic and funny, but with characters that are out-of-the-box.”

The Cannes-winning director was referring to the American-Canadian comedy-drama series “You Me Her,” currently being streamed on Netflix. “Basta! It’s different. It’s witty,” said Mendoza when asked why he gave such a suggestion. “It shows a culture that’s so unlike ours. I figured that it’s also nice to have a peek at what’s considered mainstream or popular with people in other countries.” 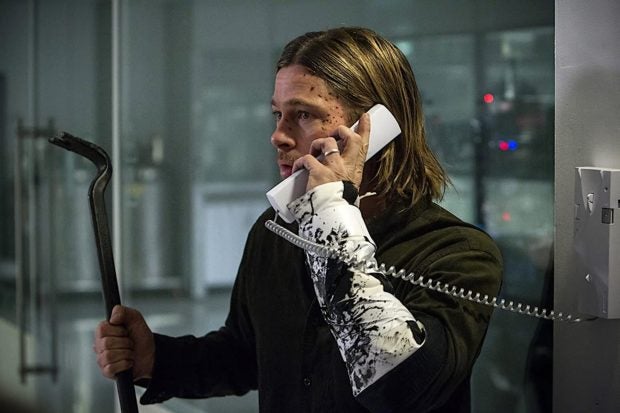 Ranay said he chose films in the horror-thriller genre because “I read somewhere that you can actually lose weight when watching them.” Asked whether he found the recommendation effective, he said, laughing: “I guess it was effective. Ang lakas ng kaba ng dibdib ko after watching them, eh! (My heart would beat wildly after watching!)”

Believe it or not, Jun Robles Lana, who is known for his heartbreaking tearjerkers, said he preferred watching comedies while stuck at home.

“Just the thought that I would be watching them already makes me laugh,” Lana said. “I watch comedies to relax. I just want to laugh, especially these days. I’d go crazy if I’d still choose to watch drama!”

Auraeus Solito, who also goes by the name Kanakan Balintagos, said he recently introduced classic art horror films, like Stanley Kubrick’s “The Shining” and Roman Polanski’s “Rosemary’s Baby,” to his life partner because the latter is a horror movie fan.

“Also (David) Cronenberg’s ‘The Brood,’ which I missed because I was too young to be allowed to watch it in the ’70s. I finally saw it this week, and we both loved it,” Solito beamed.

All films can be accessed on Netflix, the director added.

“My guilty pleasure is the Spanish series ‘Elite,’ which has progressive queer characters. Plus, my Spanish actress friend, Yaiza Guimaré, is in it. We met during the Las Palmas Gran Canaria Film Festival,” he recalled.

Solito also watched “Giri/Haji,” a crime TV series set in Tokyo and in the United Kingdom, because he said critic David Hansen—who wrote a rave review of his “Ang Pagdadalaga ni Maximo Oliveros” (2005) in Newsweek—recommended the series in his Facebook account. “I watched it and liked that it has an unexpected high-art moment in the last episode. Just wow!” he said.

“Among my favorites are ‘Whispers of the Heart,’ ‘Only Yesterday,’ ‘Kiki’s Delivery Service’ and, of course, ‘Totoro’ and ‘Spirited Away.’ They all have that innocent, heart-warming vibe. They’re very comforting. They give a homey feel,” Catu explained. 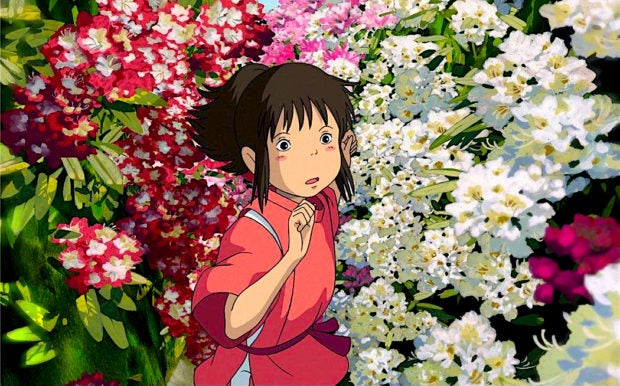 Howard Yambao said he recently rewatched on Netflix the cult classic “Eternal Sunshine of the Spotless Mind” (2004), by one of his favorite directors, Michel Gondry.

“It is a mashup of rom-com and sci-fi genres, with an ensemble cast led by Jim Carrey and Kate Winslet,” Yambao explained. “The film, about ex-lovers who have erased each other from their memories, is one of those films that greatly influenced me to pursue filmmaking.”

By “real,” Yambao meant that “Mga Sulok ng Usok” was his first-ever project “with professional actors and production crew. It was also his first project that got screened in festivals. We produced it as a sample to get funding for a full length, which is now in preproduction work,” he declared.