John Turturro on his ‘Plot Against America’ and ‘The Batman’ 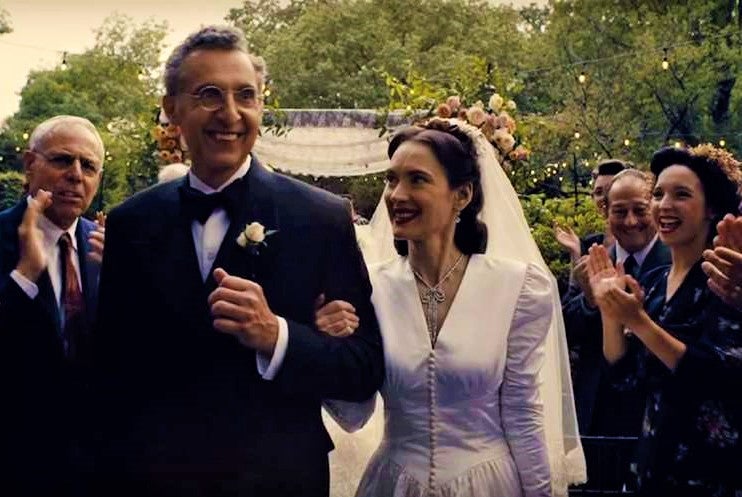 LOS ANGELES—A president who is fascistic and divisive, whose rhetoric incites a wave of right-wing nationalism and false narratives (“fake news,” if you will). Sounds familiar?

HBO’s “The Plot Against America,” starring John Turturro, is based on the late Philip Roth’s eerily prescient novel of the same name. Published in 2004, Philip imagined an alternative history in which a celebrity demagogue, aviator hero Charles Lindbergh—who was known as anti-Semitic—defeats Franklin D. Roosevelt and becomes the US President in 1940.

It’s worth pointing out that US President Donald Trump also invoked Lindbergh’s slogan, “America First,” in his inaugural address.

John, acclaimed for his collaborations with the Coen Brothers and Spike Lee and no­ted for his roles in “Barton Fink,” “The Big Lebowski,” “Do the Right Thing” and “Quiz Show,” had the pleasure of personally knowing Philip.

“First of all, I’m a huge Roth-head,” the actor said of the novelist and short story writer who won a Pulitzer Prize for “American Pastoral.” “I knew Philip Roth. He actually chose me to do an adaptation onstage when I was filming ‘Quiz Show.’ That’s how I first met him.

“Philip wanted to do an adaptation of a one-man show of ‘Portnoy’s Complaint’ and he selected me to do it. We ne­ver actually did it because we couldn’t decide on a director and I was really busy. But we worked on it for a while and just by ourselves, too. So, I got to know him.

“And I like his book, ‘The Plot Against America.’ It’s an allegory in many ways. A lot of it is based on real things, what could have happened and the power of radio versus television. I did a reading of the book at the 92nd Street Y (New York). It was Philip’s request before he died to have nine actors—a baseball lineup. We did a chapter. It was powerful.

“Then, David Simon, who’s a big admirer, asked me if I was interested. I just love Philip’s writing. I don’t think there’s been many successful adaptations of his writing because it’s so interior. You’re inside someone’s head and you’re hearing the person, what he thinks.

“And it was also trunca­ted because it was six hours and this book is much more plot-oriented than his other books, which he wasn’t that interested in. Obviously, now it has a different connotation around the world.” 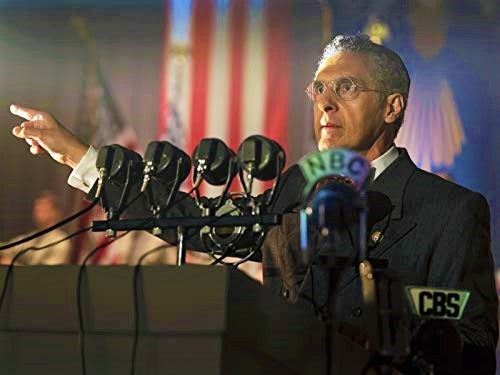 Turturro in “The Plot Against America”

The Brooklyn-born actor, who is also known for his performances in “Miller’s Cro­ssing,” “The Night Of,” “Monk,” “O Brother, Where Art Thou” and, recently, “The Jesus Rolls” (which he also directed and cowrote), added, “Even though Philip is writing about the Je­wish community, I don’t think it’s just about the Jewish community. It has to be more than tribal. The resonance is right in there.”

Asked if someone like Trump would have been elected in the 1940s, John answered, “I don’t think he could be [a president] in 1940 because you had to be a really good speaker on radio. Radio is different. Radio was the first thing that could get into people’s houses. And there were people who were demagogues, who were very good.”

For some people, Roth’s depiction of Lindbergh as a white supremacist is a surprise. In a New York Times feature, the writer was quoted as saying about Lindbergh: “He was at heart a white supremacist and, leaving aside his friendship with individual Jews like Harry Guggenheim, he did not consider Jews, taken as a group, the genetic, moral or cultural equals of Nordic white men like himself and did not consider them desirable American citi­zens other than in very small numbers.”

“History [education] is selective,” the 63-year-old John asserted. “What you were taught was selective. So, we didn’t know that FDR (Franklin D. Roosevelt) hated Lindbergh and didn’t want him. Lindbergh wasn’t allowed to be in the Armed Forces until the end of the war. And that he’s considered dangerous.”

John was filming director Matt Reeves’ “The Batman,” but production was temporarily halted for two weeks in the United Kingdom due to the coronavirus pandemic. In the latest Batman movie starring Robert Pattinson as the caped crusader, John plays crime boss Carmine Falcone known as “The Roman.”

“I’m playing the bad guy,” John confirmed. “I loved Batman growing up, but I’m really a Zorro fan (laughs). So there’s no Batman without Zorro. When I was 5 years old, I thought I was Zorro with a sword. I had a stick that I hit my father with all the time.

“Then, when ‘Batman’ came on TV, it was a big thrill. I read some of the comics. My sons always read DC comics. So I played with those for years. I like Matt Reeves, the director. It’s an interesting cast.”

It’s the curly-haired actor’s first time to work in a co­mic-book movie. “I didn’t get offered those films,” he said. “Antonio Banderas was great as Zorro.”

We can tell he’s a big Zorro fan. “When they were going to do that, I was, oh, they’re going to do Zorro. I wrote Steven Spielberg a letter. I wrote, I think you should consider me for Zorro. He was surprised—from Barton Fink to Zorro (laughs). But I’m really more Zorro than Barton Fink.”

“When I was a kid, I loved swashbucklers,” John added. “Errol Flynn … Robin Hood. I love things with dueling. Also horses and mustache. And his alter ego is wimpy. It’s like Superman, but with a horse. It’s got a little more Spanish influence.

“After doing all my ‘Discovering Your Roots’ shows, I know that my grandmother’s name was Cortese. I love Spa­nish music, then I realized, I’m almost 20 percent Iberian. I’m not surprised.”