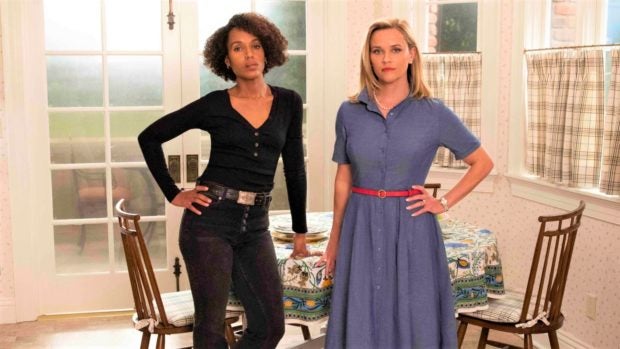 LOS ANGELES—In Hulu’s adaptation of Celeste Ng’s popular novel “Little Fires Everywhere,” Reese Witherspoon and Kerry Washington, two of the finest actresses of their generation, have many scenes where they go toe-to-toe. This is especially because the story of two women, coming from different socioeconomic backgrounds and with contrasting personalities, offers what is referred to in the Philippines as “confrontation scenes.”

Add to the dramatic mix that both play strong-willed women and mothers in a story that mines race, class conflict, sexism, homophobia and other hot-button issues.

Reese is Elena Richardson, a wealthy woman whose Tudor-style minimansion in picture-perfect Shaker Heights, Ohio, (where Celeste grew up and based her novel on) we see burning to the ground in the beginning of the new limited series. The show then flashbacks to how it all began.

Elena, with her tasteful pearl necklace, has structured her perfect life. Sex with her husband, Bill (Joshua Jackson), is only on Saturday nights. She color codes the lunch bags of her four kids (Gavin Lewis, Megan Stott, Jordan Elsass and Jade Pettyjohn) and their respective activities in the family calendar. She even measures her nightly Chardonnay with a Pyrex measuring cup.

Kerry’s Mia Warren, on the other hand, is an artist and waitress, who constantly moves around with her academically gifted daughter, Pearl (Lexi Underwood). She smokes pot and follows her muse.

So when Mia and Pearl drive up to Shaker Heights in their dirty, beat-up car, all their belongings crammed on top of and inside the Chevette and somehow their world collides with the rich Richardsons, the drama unfolds.

Friends in real life, Reese and Kerry, who are close in age (44 and 43, respectively), are among the producers of the the eight-episode series directed by Lynn Shelton and Michael Weaver.

So, who wins in the acting duel between Reese and Kerry? Both triumph, since the two actresses are evenly matched in their scenes together, and have their own moments to shine.

The rest of the cast is just as good, especially Gavin, as Moody, one of Elena’s sons, and Lexi’s Pearl, who become romantically involved.

Excerpts from our joint chat with Reese (R) and Kerry (K):

This is the first time that you are producing together. How did it start?

K: It was all Reese’s idea. She read the book and sent it to me.

R: I read the book, then Lauren Neustadter (executive producer) said, “You know who would be perfect for this? Kerry Washington.” I was like, “Oh, yes.” Kerry and I have been friends for a while and have been looking to find something to work on together. I could immediately imagine Kerry doing it. So I was like, “Please say yes, please say yes (laughs)!”

K: It was a no-brainer to say yes to her and to this. 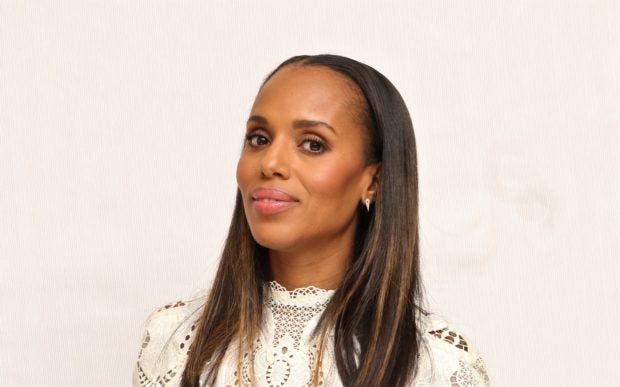 For people who have not yet read the book by Celeste Ng, can you talk about it?

K: Where do you start (laughs)? In a lot of ways, that book is about motherhood and finding your mother in the world. Sometimes, that person is the one you’re born to, and sometimes it isn’t. It’s about how that impacts these two very different families, or four different families.

R: Yeah, there are different kinds of mothering. Sometimes, you find your mother in another woman, in another family. A lot of people have this feeling that they are born into a family that they don’t belong in. And that we are mentored and mothered by many different people along our lives.

There’s so much in this book about class, race and general ideologies that clash with each other. So, it’s this beautiful storm of different ideas and characters. So, I was excited to bring it to Hulu as a limited series.

Who have been like your mothers in your own journey in real life?

R: I had a publicist for many years Nanci Ryder, who was like a mother to me. And now I’m going to cry. Unfortunately, she has ALS and can’t speak here anymore. I valued those times that we spoke a lot. She really mothered me. She cared for me in a world that my mother didn’t understand, which was this busy, Hollywood experience.

K: My mom has four sisters so, in many ways, they were like a constellation of mothers for me. For all of my cousins, we were able to lean on each other’s mothers, while growing up in New York City. And I’ve had teachers who have been profound mentors and cocaretakers, sources of love and support, and my mom, also my mom’s mom, the real one.

Can you talk about how different your characters are?

R: My character has a sort of artifice about herself. She has this idea that is perfect and perfectly constructed. She lives in the same house that her mother lived in. She cuts her hair the same way her mother did, and she goes to the country club the same time that her mother does. She follows a set pattern of rules.

She’s extroverted in a way that’s helpful to her. As the series progresses and things get messier, she becomes very upset. It’s been fun to play her.

K: Mia is somebody who has walked through life with a lot of boundaries in order to survive. She doesn’t like to wear artifice, to code-switch. She likes to just be who she is as much as she can and still get by in the world. She’s somebody who has to maintain a lot of boundaries and walls because she has a lot of secrets. And she’s afraid that if her secrets come out, the very definition of her family will not hold. 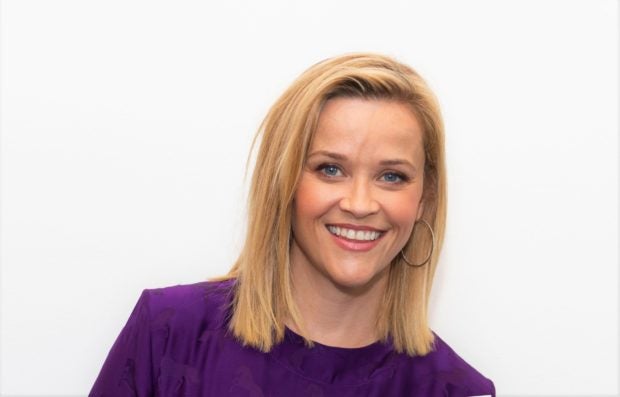 Reese, do you find your Elena character in this series similar to your Madeline in “Big Little Lies”?

R: I feel like the characters are different. They might be similar in the beginning, but Elena evolves into something very different than I have ever played. I almost had nervousness to play this part. I turned to Kerry and said, “I have to say some really bad things.” Not just to her, but to children and to put that kind of stuff out there in the world is difficult.

But I do believe the ideas behind it are important. If we don’t see ourselves in this character, you can’t see where we might go wrong. It’s more like a cautionary tale.

Can you talk about the sets and what they say about your characters?

K: Her house is much bigger than mine (laughs).

K: They’re both her houses because I rent mine from her.

R: Shaker Heights (Ohio) has all these rules about what the houses can look like, how big they are. If it’s a duplex, it has to appear like a single-family home to avoid stigma. You can’t show any trash cans, the grass can’t be over this long. These are real rules of Shaker Heights. It was a perfect world that Celeste Ng, the author, actually grew up in.

R: Oil and water, together in this perfect confined space and watch what happens. The whole show starts with a giant fire. My house is burning down and we have to figure out who burned it down.