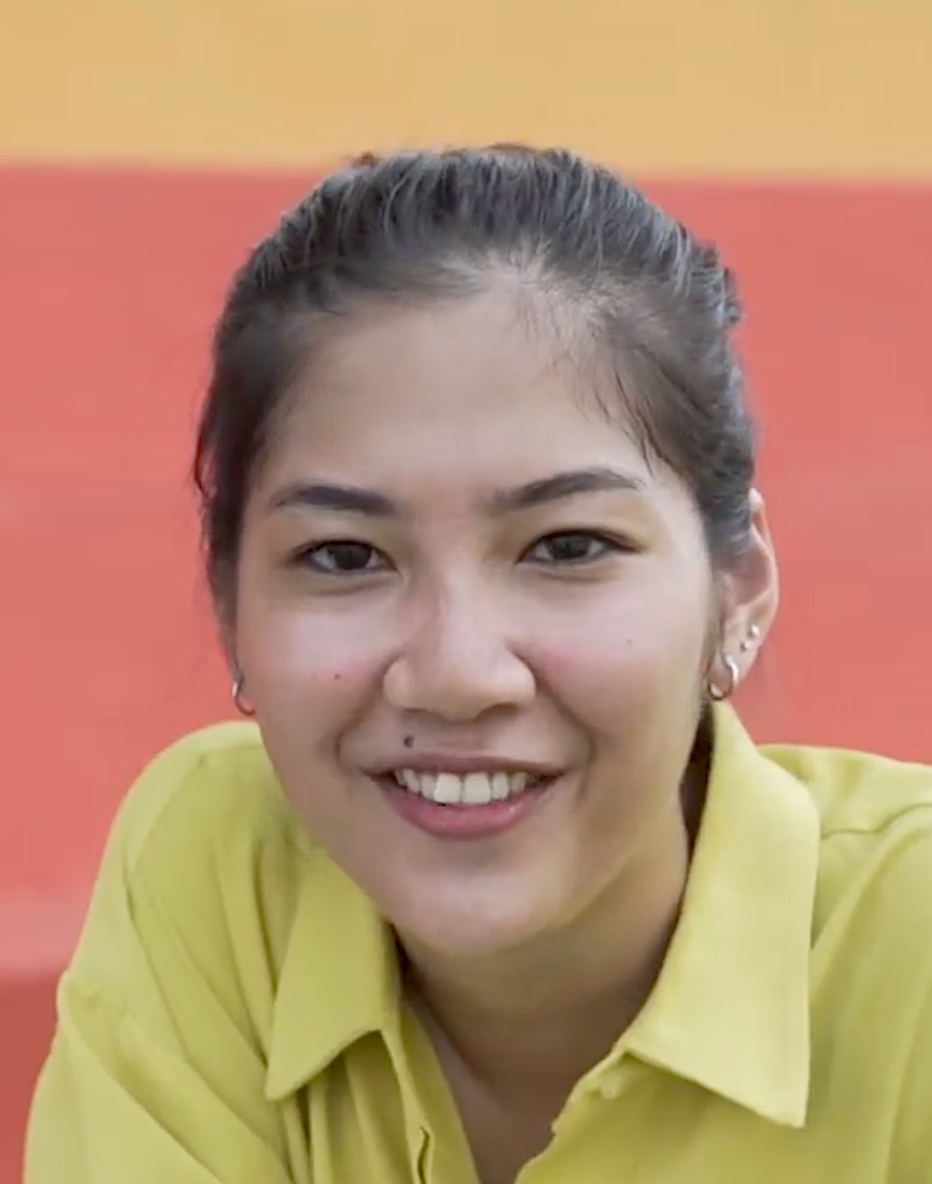 The reality dating show “Travel for Love” sends five influencers across Southeast Asia in search of romance and adventure.

The 10-episode series, which will air Episode 7 on Friday on TLC (channel 32 on Sky Cable, channel 62 on Destiny and channel 64 on Cignal), chose Samantha del Carmen (of the Philippines) to go to Kuala Lumpur, Mariska Setiawan (Indonesia) to Sarawak, Tahanee Shauki (Malaysia) to Yogyakarta, Honey Khanum (Malaysia) to Bohol, and Anthony “Tony” Zarski (Singapore) to Da Lat to try their luck at finding love on three blind dates.

Here’s the continuation of our interview with executive producer Priscilla Khoo about the unscripted series:

How did you choose the participants and their dates? Were there parameters established to guide the shape of how the show is going to play out? Any “dos and don’ts”?

The microinfluencers were selected based on their relationship stories, their camera presence, and how each would fit within the larger narrative, including these two points:

First, the need for a new perspective on dating and romance. It helped that they were willing to step out of their comfort zones and meet three new people whom they have never met.

Mariska is the artsy free spirit who wears her heart on her sleeve and brings a different dynamic to the show with her love for music. Honey, in contrast, is the quirky designer who seems to be open, but is actually holding herself back due to her insecurities.

Samantha is the wholesome girl-next-door who keeps making the wrong choices when it comes to love, while Tahanee is someone who seems to have her life figured out, knows exactly what she wants, and doesn’t waste time dating outside her type.

Then there’s Tony, the heartthrob who, despite his good looks, intelligence and charm, is still single.

Second, destination and the influencers. Each influencer was paired with a destination that would take them out of their comfort zones. Tony was placed in Vietnam, where English is not widely spoken, forcing him to take the plunge with the locals.

Mariska was sent to Kuching, where she would be forced to face two of her worst fears—worms and heights. The pairing with Kuching was also ideal as it allowed her to explore traditional instruments.

In choosing a destination for Tahanee, we took into account religious sensitivities and found a city in a Muslim country that would be able to offer just the right amount of adventure to challenge her.

Honey was placed in Bohol, a place she has never been to, with activities she has yet to try. We brought her to a predominantly English-speaking country (Philippines) to allow her sense of humor to shine.

Other parameters: Pairing with romantic hopefuls. The influencers were paired up with their selected dates and activities based on the in-depth interviews and profiling of their characters.

The candidates were carefully selected based on each of the influencer’s preferences, with an added twist.

For instance, with Mariska, her taste veered toward “bad boys.” She had previously only dated guys who were on the music scene and has never dated a guy with an office job. The guys selected for Mariska were different from her typical type of a manly man with good taste in music.

One was a mild-mannered guy-next-door who had a passion for music, the other was someone who would appeal to her taste for adventure, and the third was a funny, worldly guy who would know how to woo her.

As the dating options took Mariska out of her comfort zone, this forced her to explore outside her usual dating pattern.

The most important “do” for the quintet is to be themselves and be open to the people they meet. During the show, the quintet is not told beforehand what activities each of them will be doing and what their dates are like. 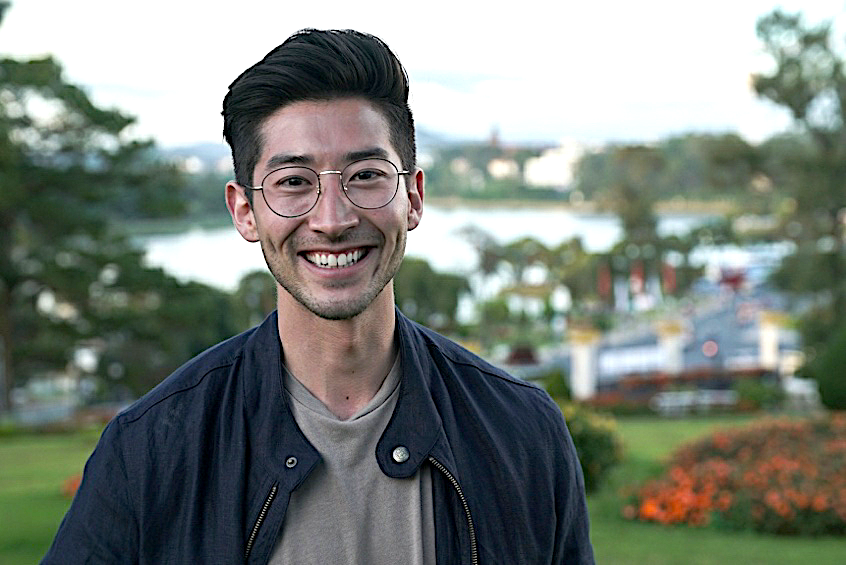 Did Samantha and the others audition for this?

It was a two-pronged approach. We did an open casting call and conducted direct casting locally in both the cities where the influencers are from, as well as the destination countries.

What insights into romance, dating and culture did you learn from the show? How different is one nationality from the next?

Self-discovery was the common thread that shone through for the quintet. The most obvious journey of self-discovery is Honey’s story, where she went from someone who was very guarded with her heart to someone who began to like herself more and allowed her heart to guide her decision in the end.

For Tahanee, she had never been on a blind date before and would never have dated the guys she had been set up with. In the end though, it was a liberating experience that made her more open to possibilities. Similarly, Mariska discovered that she needed to embrace the unknown and take more risks in her life.

Meanwhile, Tony discovered that he was not as adventurous as he previously thought he was and found a new way to appreciate travel. He discovered his unique curiosity, which he had never previously regarded as a strength.

Last but not the least, Samantha’s journey taught her that she was strong enough to travel alone, and to be more adventurous when dating.

Whose “story” did you find most fun, compelling and challenging to follow?

Honey’s story resonated most with me. Her personality is quirky and funny, but the journey she went through in the show was very touching. I was tearing along with her as she read the letter her mother had sent her, telling her to tear down her walls and encourage her to open herself up to different people and new possibilities (in Episode 6, last Friday).

What did you find most difficult and satisfying about the show?

Getting the right influencers and their respective dates was most crucial for the series as they are the protagonists of the entire series. Everything else is weaved around them, their personalities, and aspirations in life and romance.

Could you discuss the logistical and business side of “Travel for Love”?

We had local partners who worked with us in each of the destinations. Having done more complex reality shows like “Amazing Race Asia” and “The Apprentice Asia,” the prior experience was well-placed and used in this show. That experience also helped in selecting the right key production partners to work with.

How about upping the “challenge” a notch for future seasons by featuring “celebrities” from different Asian countries?

We look forward to exploring more into travel and romance in the future. One aspect we are keen to dive deeper into would be the “Prince Charming Syndrome” or the “Princess Charming Factor.” Actually, that celeb fairy dust for future series is in the draft.