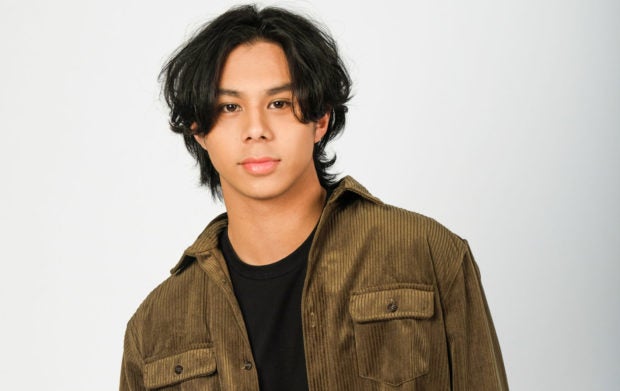 Thanks to the fast-growing dance community on the internet, Filipino-American newbie Ken San Jose has managed to gain recognition and build online presence at such a young age: His dance covers on YouTube are viewed by millions, and, at just 15, he was tapped to be part of an international pop star’s music video.

He has proven his mettle as a dancer. This time, Ken, who’s now based in the Philippines, wants to prove that he can sing, too, in the hope of following in the footsteps of his idols, Billy Crawford and Gary Valenciano.

“The online dance community was getting bigger, and I feel blessed to have been caught in that wave when I was just starting out,” Ken, who danced for the music video of the 2017 Jason Derulo single, “If I’m Lucky,” told the Inquirer in a recent pocket interview.

But because he became more associated with dancing, many people get surprised, he said, when they find out that he can hold a tune. “They don’t know that part of me. But I have always loved singing. Some of my favorite artists are Billy, Gary V, Chris Brown and Bruno Mars—artists who sing and dance,” he said.

In fact, it was singing he fell in love first. “My late father was part of the Papuri Singers group, so I have been singing since I was young. It’s just that the earlier opportunities I got were more for dancing,” pointed out Ken, who was born and raised in Los Angeles.

The 17-year-old artist recently released his second single, “A Chance to Hold”—a danceable track that was recorded in collaboration with the Academy of Rock Singapore and Cornerstone Music.

“I wanted something true to my style. So, when the Academy sent the song to my management, it was given to me. I was the one they immediately thought of because the song was catchy and upbeat. And I simply fell in love with it,” said Ken, who came up with the choreography for the song.

Aside from his stint in the aforementioned Derulo video, he has also taken the stage at the Radio Disney Music Awards, and appeared in various television shows. He likewise conducts dancing workshops around the world; his most recent one was at Boston University. “I love sharing my passion with young people,” he said.

Upon relocating in Manila, Ken joined the 2018 reality talent search “World of Dance Philippines,” where he topped the junior division and placed third overall. “The show has helped me put my name in the mainstream,” he said. One of the contest’s judges was Billy, to whom Ken has gotten close with ever since.

“I want to ask him to collaborate with me on a song. Hopefully, something materializes because I look up to him as someone who has made it in the fields of music and dance. That would be something great,” Ken said. “I also hope I can come up with an EP soon.”

One of his goals is to become a well-rounded performer. And so, Ken is also determined to learn other aspects of music and the business. “I don’t want to have limitations. Aside from honing my singing and acting, I would also love to be able to play an instrument or compose my own songs someday,” he said.

Does he see himself eventually getting into acting and doing teleseryes? “Why close doors when you have the opportunity? If there’s one, I will grab it and enjoy the moment,” he said. INQ