Boots on the most rewarding, challenging thing about being an industry leader | Inquirer Entertainment
Close
menu
search

Boots on the most rewarding, challenging thing about being an industry leader 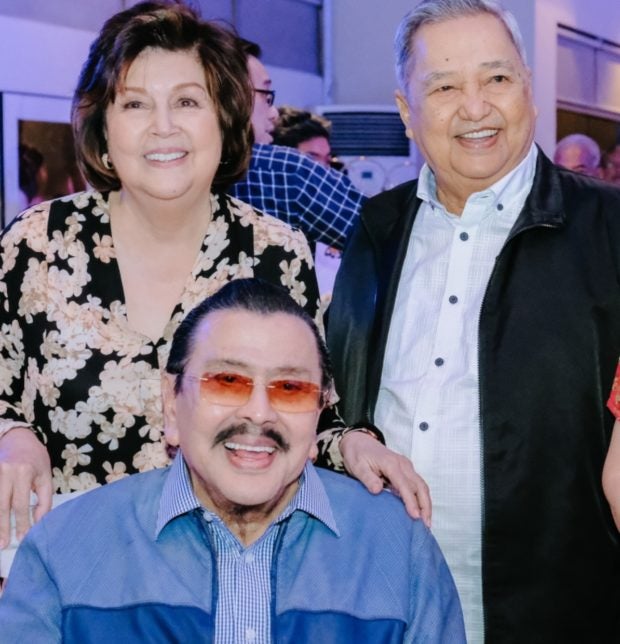 As president of Mowelfund (MF), the Movie Workers Welfare Foundation, Boots Anson-Roa has gone over and beyond the call of duty. After 27 years, she is retiring on April 1. Rez Cortez is going to take her place.

But Tita Boots will continue to serve in MF’s board for its church and media-related advocacies. MF has served movie workers, many of them marginalized and counted among the last, the least and the lost in the industry.

“We in the board draw much inspiration from our founder and Chair Emeritus Joseph “Erap” Estrada,” Boots said. “He established the foundation in 1974 on a platform of service and film education.”

Aside from Boots’ achievements as an actress, she has given her blood, sweat and tears to the industry even behind the scenes. That’s what being a true show biz icon is all about.

Here’s my chat with Tita Boots:

What do you think of your successor, Rez, and what’s your advice to him?He’s a true-blue industry leader and a keen advocate of movie workers’ labor rights. Consider his mandate not as a job—it pays a pittance—but as a way of giving back to the industry we love.

What was the most rewarding and challenging part of being the president of MF?Most rewarding part: Seeing needy beneficiaries entering our welfare offices looking forlorn, and emerging grateful and relieved after receiving their due benefit in the form of medical reimbursement, hospitalization or surgery assistance; for the widowed and the orphaned, walking away with benefits in hand for their deceased loved one.

Most challenging: How to outsource funds to continue providing the above benefits to some 2,500 active members and beneficiaries. How to cut costs to make do with the already generous subsidy of the Metro Manila Film Festival which, however, comprises only 75 percent of our operational cost. How to sustain the labor rights and morale of our working staff amid a sublevel human resource budget.

Please share any amusing off-cam moment you had with Dolphy, Fernando Poe Jr. (FPJ), Erap and Eddie Garcia. Shortly before Dolphy died, we were doing a Christmas special. We were supposed to have a long exchange of dialogue. After rehearsals, his portable oxygen must’ve run out. In the most climactic part of the scene, he couldn’t deliver his long line. In his own inimitable way, he just mumbled a downplayed “OMG,” which completely threw me off. After recovering from our pregnant pause, I just resorted to incessant laughter, while Dolphy remained as composed as ever.

We were doing a chase scene in the rivers of Montalban, and FPJ was carrying me in my 125-lb. glory, plus my pranela nightgown, that is another 5 lb. He had his “heavy boots” on (pun intended). At the height of the chase, with guns ablaze, he slipped, and we both got drenched in the waters. FPJ was a known unstoppable giggler. We could only perfect the scene after four takes because he couldn’t stop giggling.

Eddie was a known prankster in the industry, so we were prepared for whatever “surprise” he would spring on us. But I guess we never learned our lesson. In Regal’s “Mano Po 1,” we were enacting my dramatic death scene with the entire cast. With tears in his eyes, and on extreme close-up, Eddie dished out his melancholic goodbye with a solid-gold tooth adorning his dentures. Pa-Taipan effect daw. I died (pun intended) laughing, until Direk Joel Lamangan had to “cut” the scene.

As for Erap, in an animated conversation with my husband King (Francisco Rodrigo Jr.) who, like him, is an octogenarian, he was commenting tongue-in-cheek on his virility. “Pare, sa edad kong ito, hindi ko na pinoproblema ang climate change. Ang worry ko na lang ay ang aking climax change.”

How do you handle it when you work with a ham actor?I let the ham actor have his day, if it makes him feel good. But I practice a rule of thumb in acting—underplay when your coactor prefers to go “over the top.”

Who do you think could be the next Boots Anson-Roa?My father, the ’50s Sampaguita actor Oscar Moreno, always taught me to give special treatment to coworkers in the industry on my way to the top because these are the same people you will meet on your way down. I admire the likes of Dingdong Dantes, Ice Seguerra, Angel Locsin, Robin Padilla, Ogie Alcasid and Regine Velasquez, Ryan Agoncillo and Judy Ann Santos, Bela Padilla, Kris Aquino and Coco Martin. They are doing wonderfully. But they can do even better if they institutionalize the good that they do.

What did you learn from your first marriage that you applied to your second one?In my second marriage, I have learned to give my husband, King, the responsibility, privilege and joy of caring and providing fully for me. It empowers him. I have always been whole and self-possessed. I have discerned that being dependent may humble me, but it will never demean me. INQ