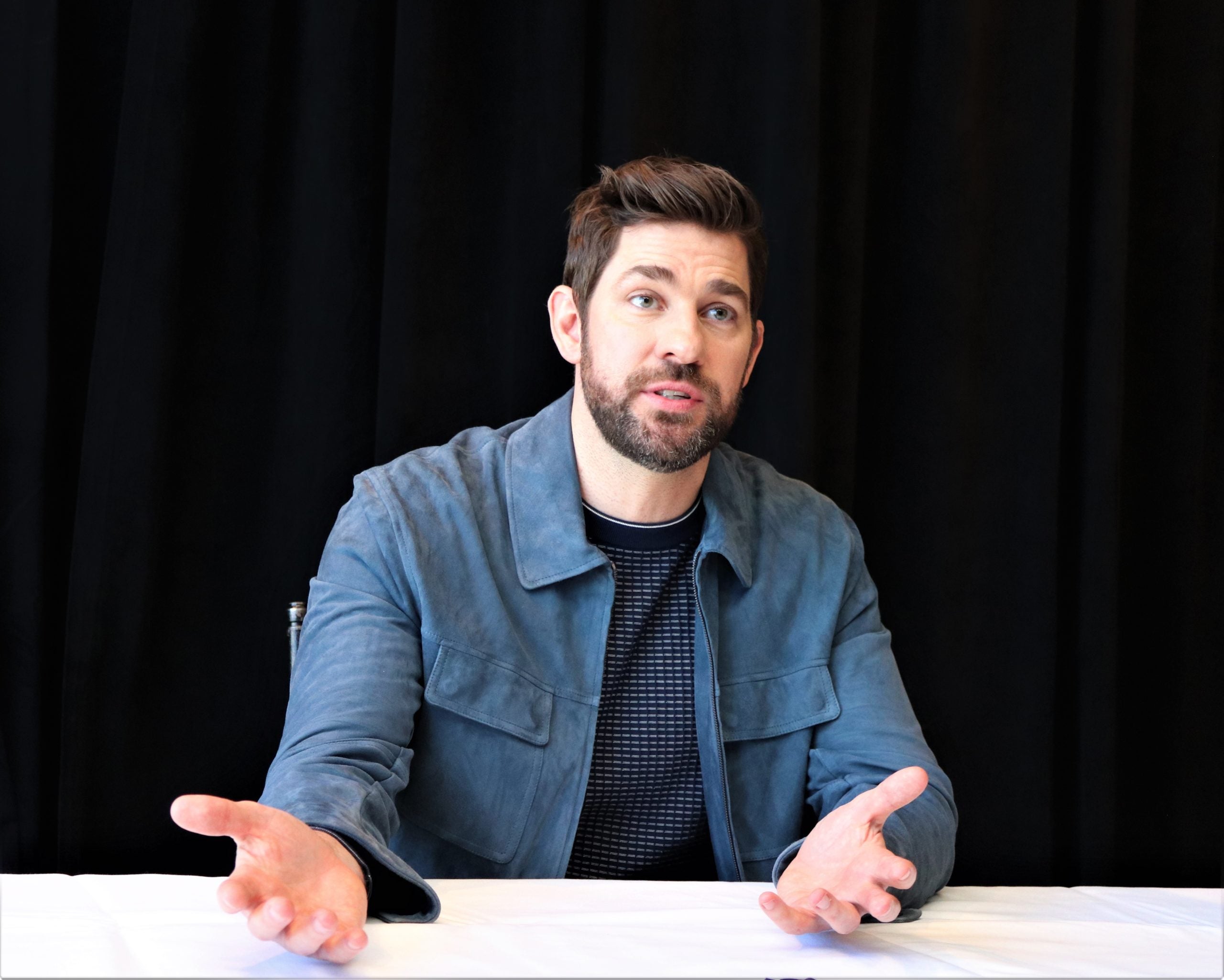 LOS ANGELES—The good news is that although “A Quiet Place” was a tough act to follow, writer-actor-director John Krasinski succeeds again in “A Quiet Place Part II.”

The bad news is, well, there’s no bad news. John proves that his feature directing debut triumph in “A Quiet Place,” which earned critical acclaim and grossed over $340 million worldwide, was not a fluke. The former “The Office” actor again delivers the thrills, scary atmosphere and excellent ensemble acting that made the first film a huge success.

And the better news is that in this era of female empowerment, where the Greta Thunbergs and Malala Yousafzsais of the world inspire us, a young girl—Millicent Simmonds’ Regan Abbott—emerges as the heroine in “A Quiet Place II.” The deaf character of Millicent (who’s deaf in real life) makes a bold decision that propels the story.

From start to finish, John keeps us engaged and holding our collective breath as we follow the continuing saga of the Abbott family—mom Evelyn (Emily, John’s wife in real life), Regan (Millicent, whom John calls Millie) and Marcus (Noah Jupe)—and a new character, Emmett (Cillian Murphy), as they’re forced to venture out of their home and face the terrors of the outside world.

Those terrifying creatures that hunt by sound still lurk around and there are other menacing threats, as well. And the cast, led by Emily, Millicent, Noah and Cillian, compellingly keeps us on the edge of our seats.

In previous interviews after “A Quiet Place” became a blockbuster hit, John told us that he would not do a part 2 unless there was a compelling idea to make one. So, in our recent chat in Mandarin Oriental New York, we asked John what sparked him to make a follow-up movie. 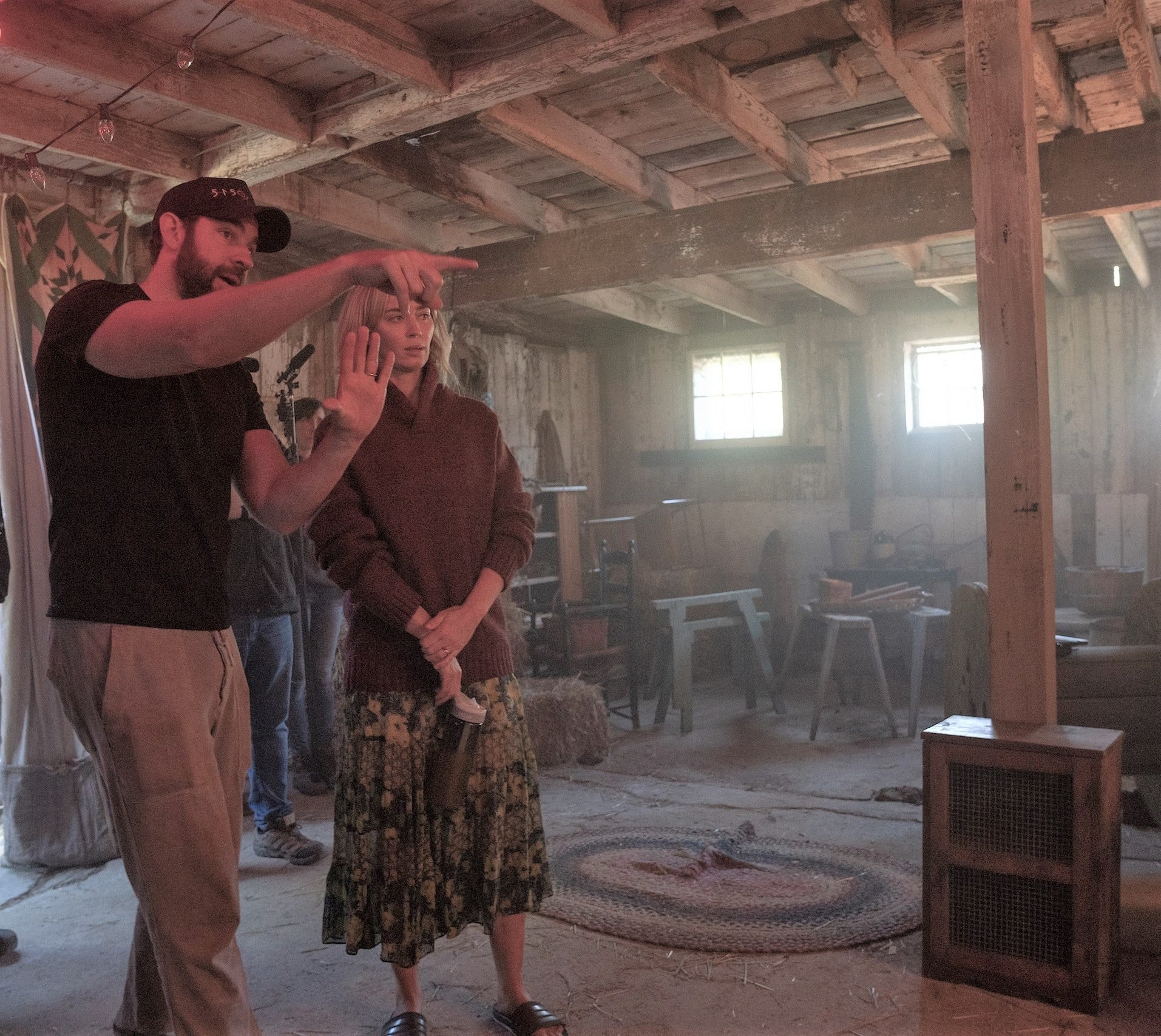 “I said I had a tiny idea and if it worked out, I would do it,” he began. “And the tiny idea was very simply making Millie the lead of the movie. Not just because I thought she’d deliver an incredible performance. It was more about her character becoming the doorway to go backwards and reexplore or amplify the themes I was working on in the first one.

“What ended up happening was once I made Millie the lead in the movie, her character actually reinvestigated a whole new side of that parenthood theme that I wanted to do. The first one is about parents making these promises to their kids. That all parents know is a false promise, which is, if you stay with me, I can protect you forever.

“When kids find out that promise is broken, that’s what adolescence is. So, all of a sudden, this little girl and little boy have to go take their first steps out into the world.

“All of a sudden, I thought, I can jump back into this world because it’s actually a true continuation.”

We only get to see John’s father character, Lee Abbott, in the film’s opening sequence.

We teased John that by doing away with his character, he cut himself off from what could be a movie franchise.

One of John’s feats in only his sophomore directing job is the simultaneous suspenseful scenes involving the two siblings, Regan and Marcus, as they try to survive and save the family in two separate places.

“To me it was my original ending to the movie,” explained John, who credits his experience observing as an actor playing Jim Halpert and then eventually directing episodes of “The Office” for his filmmaking knowledge. “I thought, I come from a close-knit family. I realize that that sibling super power is bigger than most relationships that you will ever have in your life.

“And I loved the idea that one would be dealing with the death of their father better than the other. So I knew in my head that Millie would be dealing with it better than Noah. What I loved in the movie is that they both have that realization that they are going through it in different ways. And without being next to each other talking—that was my big idea for the ending… As far as how to pull it off, it was terrifying because it’s a pretty high concept. “I was lucky enough to have, well, many things. But two really important things—one was those two actors. These kids are the most talented people I’ve ever met.

“Then, I had the greatest production designer (Jess Gonchor) in the world. Once I told him the idea that I wanted to match the two shots perfectly and basically make it one scene with two people, he knew exactly what I was talking about. I laid out the shots for him in a drawing. When I arrived on set, I was almost in tears because he could see the version of the movie before I had even shot it.”

On casting Cillian, who is a welcome addition to the cast, John said he and Emily have long admired him as an actor.

“I have been a fan of Cillian’s for a long time,” John shared. “I remember long before ‘The Office,’ during my waiting table days, I used to go see every one of his movies… Cillian is one of the most amazing talents because of how specific he is in all of his choices, from ‘28 Days Later…’ to his role in the ‘Batman’ movies to any of the things he did with Christopher Nolan.”

Asked about turning 40 late last year, John smiled as he said, “Thank you for reminding me.”

Does his decision to kill his character in this film mean he wants to work more behind the cameras or does he still get a thrill from seeing himself on the screen?

“The gig of directing is exponentially harder than acting because of the amount of work that you have to do,” said John, who continues to star in the title role of the TV series, “Tom Clancy’s Jack Ryan.” “But there’s something that I very much love about it because it’s been a trial by fire for me.

“In this movie, I had never directed a lick of action before. I directed a ton of action scenes in this one. It’s just so much fun for me because I actually feel like I get to tap more into the movie geek in me. I get to reflect a lot more how much I love movies as a director rather than as an actor.”

We asked if sharing a whiskey with Emily at the end of a long shooting day is sweeter, this second time around.

“How the hell did you know that?” he bantered again with a laugh. John is one of the nicest actor-filmmakers around. “Working with Emily was much better this time around. Not that the first time wasn’t anything but fantastic. In the first time, she was the greatest collaborator I have ever had.

“On this one, I was pitching her ideas before I wrote the script. I was pitching her shots before we got to set. So I would say there was more of a partnership on this one. So, she’s really more of this incredible producing, cowriting, codirecting partner with me this time.”

Does he now have the clout to um, more easily persuade Emily to agree to a part 3? “I don’t, but I hope she has enough power to do part 3 (laughs).”

But does he already have a vision for the third part? “I have an idea,” he hinted with a grin. “The studio hasn’t said yes to it, but we’ll see.”