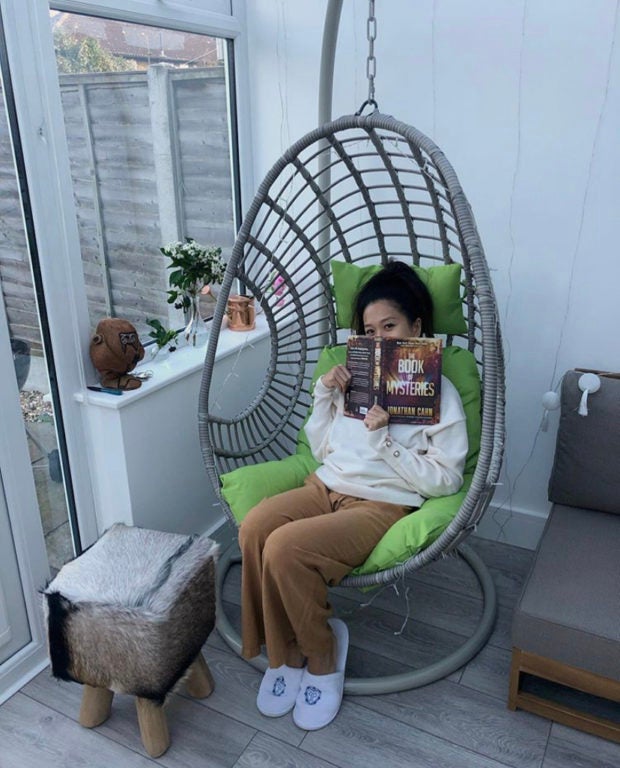 Rachelle relaxing inside her new home

Not too long ago, Rachelle Ann Go dreamed a dream of owning a house in London. Last December, what she had been praying for finally materialized before her: With a key in her hand, she jumped up and down like a giddy child as she opened the door to her new home with her husband, Martin Spies.

“I felt like a kid opening a Christmas present. I never realized I will be living in London with a husband. Dreams do come true. God is truly faithful,” she wrote in a recent Instagram post with an accompanying video clip of her entering her place for the very first time.

Meanwhile, in an interview with reporters, Rachelle said her hands were shaking while opening the locks. “My husband got the keys on Dec. 1 while I was in Manila and then I followed on the 15th. I was shaking—ganun pala ’yun … because it was such a big achievement for us,” related the theater actress, who’s back playing Fantine in “Les Misérables” in London’s West End.

More than happiness, Rachelle also felt relieved that she and Martin have finally moved in. House-hunting, it turned out, can be tiring and stressful.

“It took us almost a year to find a house. I did research in the morning for a year; I busied myself doing that. If I see something nice I show it to my husband,” she said. “I was worrying so much, not knowing if we should stay in London after “Hamilton” (where she played Elizabeth Hamilton), explore opportunities in New York City, or go back to the Philippines.”

“[It was] months and months of confusion and anxiety,” she admitted.

Fortunately, Rachelle eventually found a home that simply felt right. “I remember we viewed it on a Sunday, and we knew it was the one—you just feel it,” she said, adding that the purchasing process was just as tedious because there were a lot of paperwork involved.

“Who would have thought we would be able to buy a house here? It was hard. But prayers are powerful. God is good,” she said. “Most of the time we worry, overthink, panic. But let’s be patient; it will all work out in His perfect time. Keep pursuing what you want—you will get it! Claim it!” 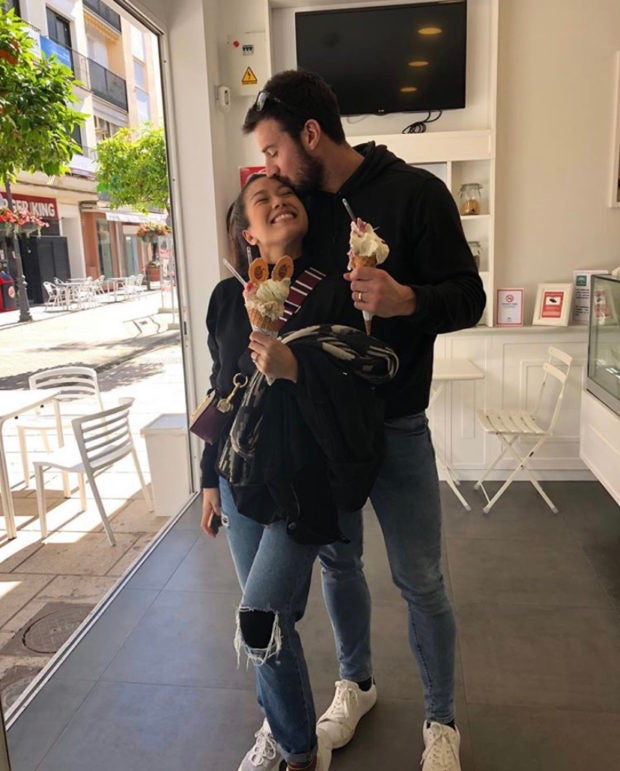 The house is located in a quiet neighborhood in the borough of Greenwich—a 30-minute drive from the Sondheim Theatre, where Rachelle performs. “It’s quiet and accessible. That’s what we wanted because work is already loud.”

“At first, we wanted only a two-bedroom house, so that visiting family or friends can have a place to stay—not just on the floor, though, we, Filipinos are used to that! But our house has three bedrooms and a study, so that’s a bonus. There’s a garden, which is Martin’s priority. He’s South African and they love their barbecues,” she said.

One of the things Rachelle was looking forward to was decorating the house and getting the essentials. “The company has been providing housing for the past five or six years, so I was kinda spoiled. So now I’m excited to buy our own things,” she said.

Her favorite part of the house is the kitchen because she loves hosting intimate gatherings for her friends.

“It feels great to build new relationships, especially with people from other countries. I love sharing our culture and food with them,” Rachelle said. “We do two shows a week, and in between those, we sometimes have a potluck where everyone brings a dish from their countries. It has become a ritual.”

Is she already planning on starting a family with Martin in their new house? “This year has already been mapped out. Let’s see,” she said.