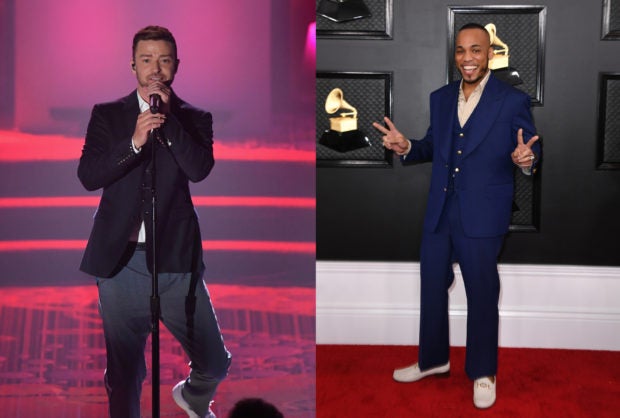 The American singer-songwriter first previewed his new music project earlier this March, when he dropped “The Other Side.”

Timberlake composed the disco banger with Max Martin, Ludwig Göransson, Sarah Aarons and SZA, while filmmaker Daniel Russell helmed the accompanying visual for “The Other Side.”

The 39-year-old vocalist has now unveiled his latest collaboration, “Don’t Slack,” which he wrote and produced with Anderson .Paak and Ludwig Göransson.

“I’m up before the rooster, you dig? / I had to jump the moon to get big / How many stone grooves will it take / For you to skip on my funk lake?” Timberlake and .Paak croon in the funk-inspired song.

In a recent interview with Zane Lowe for Apple Music’s Beats 1, Timberlake discussed his experience in the recording studio with .Paak for “Don’t Slack.”

“I hope he doesn’t mind that I’m gonna say this right now, but we talked about a possible joint project. We talked about it, but yeah, he’s a busy man, too. I told him as well, I was like, ‘You need to enjoy your moment, bro.’ He played me new stuff the other day. That dude is so gifted. He’s so good,” he told Lowe.

The “Man of the Woods” vocalist also revealed that a collaboration with Lizzo was on its way, hinting that “it’s like a Chicago house record. And it goes so hard. It’s so fun. It’s so good.”

Elsewhere in the interview, Timberlake opened up about the possibility of releasing a collaborative album in the same vein as Ed Sheeran’s “No.6 Collaborations Project.”

“I don’t have an agenda to make an album, but if it comes together then it comes together. And in the meantime I just want to stack records with people that I love, and that I’m inspired by, and that happens to be a ton of people,” he told Lowe.

In addition to contributing and executive-producing “Trolls World Tour (Original Motion Picture Soundtrack),” the Grammy winner reprised his role as Branch in the anticipated sequel to “Trolls.”