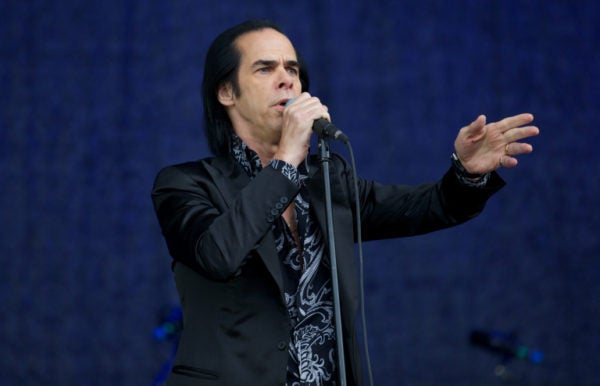 Australian singer-songwriter Nick Cave discussed the issue in the latest edition of his Red Hand Files newsletter, in which he answers questions from his fans.

One of them asked Cave if he feels the need to edit some of his past lyrics now deemed problematic, particularly referring to the line “a f*g in a whalebone corset dragging his d*ck across my cheek” from his 1992 hit “Papa Won’t Leave You, Henry”.

“What songwriter could have predicted thirty years ago that the future would lose its sense of humor, its sense of playfulness, its sense of context, nuance and irony, and fall into the hands of a perpetually pissed off coterie of pearl-clutchers? How were we to know?” the vocalist explained in his response, adding that “some of [his] songs are feeling a little nervous.”

Cave continued by pointing out that the blame should fall on songwriters and not on the songs, which he described as “divinely constituted organisms.”

“They have their own integrity. As flawed as they may be, the souls of the songs must be protected at all costs. They must be allowed to exist in all their aberrant horror, unmolested by these strident advocates of the innocuous, even if just as some indication that the world has moved toward a better, fairer and more sensitive place,” he further explained.

This is not the first time that Cave has discussed the role of songwriters on his long-running Red Hand Files newsletter.

Last October, the experimental musician distanced himself from “woke” culture, explaining that “[his] duty as a songwriter is not to try to save the world, but rather to save the soul of the world.

“This requires me to live my life on the other side of truth, beyond conviction and within uncertainty, where things make less sense, absurdity is a virtue and art rages and burns; where dogma is anathema, discourse is essential, doubt is an energy, magical thinking is not a crime and where possibility and potentiality rule,” he further added in a statement.

Cave released his most recent and seventh studio album with the Bad Seeds, “Ghosteen”, in October 2019.

The Aussie rocker is currently promoting his new full-length around Europe and the United Kingdom, with upcoming concerts in Lisbon, Toulouse, Amsterdam, Manchester, Dublin and London.

Cave will later embark on a 15-date tour in North America, which will kick off on Sept. 16 at the Armory in Minneapolis, Minnesota.

In the meantime, the singer-songwriter is gearing towards the March 23 release of his new illustrated autobiography, “Stranger Than Kindness”.

The book will coincide with an exhibition of the same name held until Oct. 3 at the Royal Danish Library’s Black Diamond venue in Copenhagen, Danemark. RGA