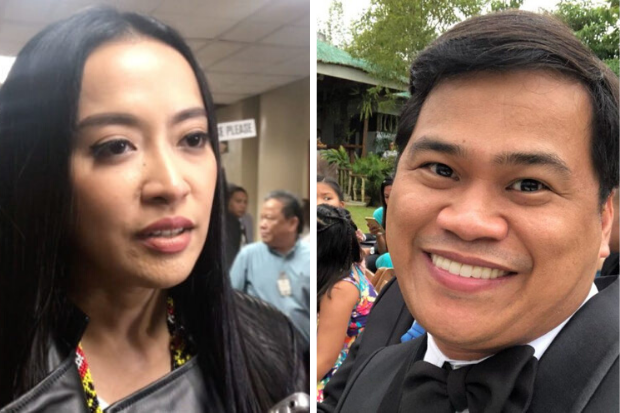 Diaz has recently been giving “constructive criticisms” to Uson to correct her, clarifying that he has no personal resentment toward the latter, via his YouTube channel on March 5.

In his latest tweet, Diaz called out Uson after she dismissed the talent manager’s comments as mere “tsismis” (gossip) and that he should visit the OWWA office to see Uson’s work.

(Lots of people have been messaging me about Ogie Diaz’s remarks about me. Let him be. It is part of his job to create gossip; that is how he earns a living so I understand him.)

(If he wants to know what we do at OWWA, he can go to the office.)

(Is that so? So how about you, you earn a living as a someone who spreads fake news.)

Uson’s tweet came after Diaz challenged her to present data on what she has done to help Overseas Filipino Workers (OFWs) because of her remarks against ABS-CBN regarding the franchise renewal issue. He also called out Uson for spreading misinformation after the OWWA deputy director said ABS-CBN should “stick to the facts.”

Uson has been criticized for spreading false reports and misleading information in the past. In an interview with UNTV back in 2018, however, Uson claimed that these were only honest mistakes.

Before becoming the OWWA deputy director, Uson was the former Presidential Communications Operations Office (PCOO) assistant secretary. Uson was appointed to her current post last September, less than a year after she supposedly resigned from PCOO.

Her resignation came after she drew controversy for her jingle on federalism, called Pepedederalismo, which she made with blogger-friend Drew Olivar. Although Malacañang officials insist that Uson resigned, INQUIRER.net has learned from a source privy to the information that she was fired. JB