Mylene on the magic of Nora’s eyes | Inquirer Entertainment

Mylene on the magic of Nora’s eyes 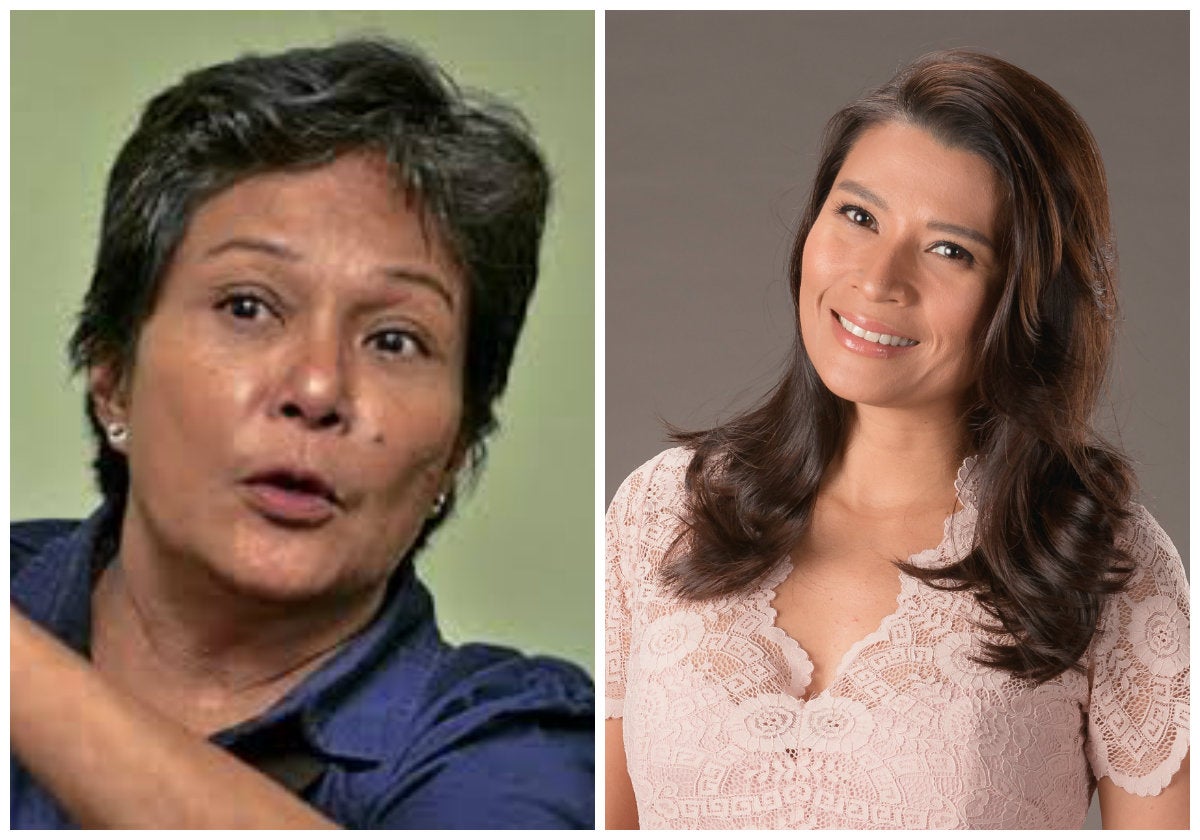 In Mylene Dizon’s childhood home, one can’t not know Nora Aunor. Growing up, she would see the movie icon’s face on the cover of Kislap magazines her Noranian mother used to collect.

“My mom is such a huge fan—kulang na lang balatan niya ng plastic ‘yung magazines! That’s how much she adored her,” she recalled in a recent visit to the set of the GMA 7 series, “Bilangin ang Bituin sa Langit,” where—by a stroke of luck—she found herself sharing the screen with the Superstar.

When a role in the said afternoon series was offered to her, Mylene needed nothing more than Nora’s name to convince her to accept the project.

“That’s Ate Guy! How can you turn down something like that. It was my chance, and I don’t know if I would be able to get one again,” said the 43-year-old actress, who’s currently being managed by the Kapuso network’s artist center. “This may be the only time I can share the same space with her.”

“Starstruck” isn’t quite the word to describe how she felt when she first met Nora. “Surreal” is perhaps more apt—and she doesn’t use it loosely. “You used to just see her in magazines and on movies. Then one day, she’s right in front of you. ‘This is really happening,’ you tell yourself,” she said.

So much has been said about the almost mythic magic of Nora’s eyes. But Mylene had to see it for herself.

“That was what I was looking forward to. At totoo ang chismis! Once she stares at you, it’s just like, wow! It’s not intimidating or scary. It’s not something to be nervous about. But you can’t just help but admire … You know how cartoon characters’ eyes would light up? That must have been how I looked like,” she related.

Mylene is no slouch at acting herself. But as experienced as she is, she couldn’t help but zone out in some of her early scenes with Nora.

“One time, I caught myself smiling during a scene where I had to be serious and emotional. And so I was like, ‘Wait, wait, wait—I’m smiling!’” she said. “Like I have said, I simply couldn’t believe that I’m doing a scene with her.”

On the set of the show—an adaptation of Nora’s 1989 movie of the same title—Mylene would sit with Nora and have a chat whenever there’s a chance.

“I spend time with her while waiting for the production crew to finish with the setup. She would tell me about how it all started for her—things we already know. But she’s humble like that. She would talk about how different show biz is now compared to her days,” she said. “I also love listening to her and Ricky Davao (their costar) reminisce about their past shenanigans.”

“One time, she told me that she would like to slow down. ‘Tumatanda na ang ate mo,’ she told me. And I replied, ‘Don’t say that! I’m here because of you!’ And we would just be laughing on the set.”

If it weren’t for Ate Guy, Mylene, who was previously seen in the series “Sahaya,” said she would have taken a break to spend more time with her two sons, Tomas and Lucas, with ex-boyfriend Paolo Paraiso.

“My boys are growing fast. Tomas is already 14. We now live in the province (Laguna), and there have been a lot of changes in their lives. I know things aren’t easy for them,” she said. “That’s why I want to be with them as often as I could.”