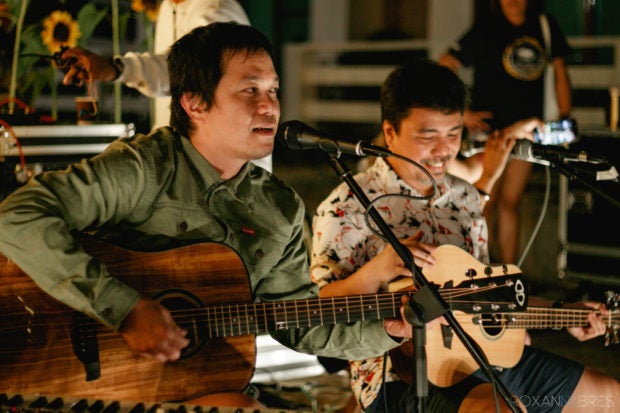 That was Raymund Marasigan, frontman of the rock band Sandwich, singing, or whining, the lyrics to “Sunburn”—a song that ever so aptly describes the collective mood and sentiments of the 260 or so revelers who took part in the sixth edition of “Campfire Sessions.”

And they did make it to the beach one February weekend. This time, at the cozy Submarine Garden Beach Resort in Lobo, Batangas, where there were seemingly no worries or deadlines—only good songs and good vibes.

The stage was a patch of a seaside incline just large enough to accommodate the musicians and their instruments. String bulbs dangled overhead and laid strewn across the sand. Behind them stood coconut trees and tall stalks of potted sunflowers.

The campers roasted marshmallows on sticks over a fire as the band fired away. And once in a while, the harmony of music and laughter would turn into a happy jangle, with the rattling of motorboats cruising past. 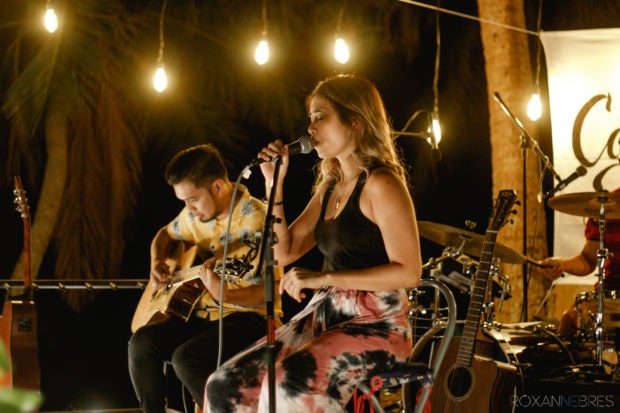 As in its past mountings, this year’s sessions compelled the headliners to deliver a pared down—if not totally acoustic—set, which goes well with the more intimate environment. This concept usually makes for a uniquely new experience, especially when it involves a band like Sandwich, which is known for its frenetic showmanship.

“It’s not your usual bombastic Sandwich rock show. But it isn’t like ‘MTV Unplugged,’ either. It’s mostly acoustic, but with added electronic sounds. We also brought synths and samplers,” Raymund told the Inquirer. “It’s a different show with a different feel.”

True enough, Raymund and his bandmates, bassist Myrene Academia, drummer Mike Dizon, and guitarists Diego Castillo and Mong Alcaraz, went through their set sitting down. But even without the frenzy—all the running and jumping about—it didn’t make the session any less absorbing.

The prevailing sound was deliciously funky. And without the full instrumentation, some of the little things or nuances that may go unnoticed, were better appreciated, like the slick bass lines of “Betamax” or the dreamy synths of “Buhangin.”

Sandwich, which last released an album five years ago, gave the campers one of its first live performances of its latest single, “Buhol-Buhol,” which is part of the group’s coming EP, “Fuego.” Inspired by the draining and jumbled mess of Metro Manila traffic, the song is, similarly, a collision of styles: It’s funky and noir-ish, with stinging guitars and semirapped verses. 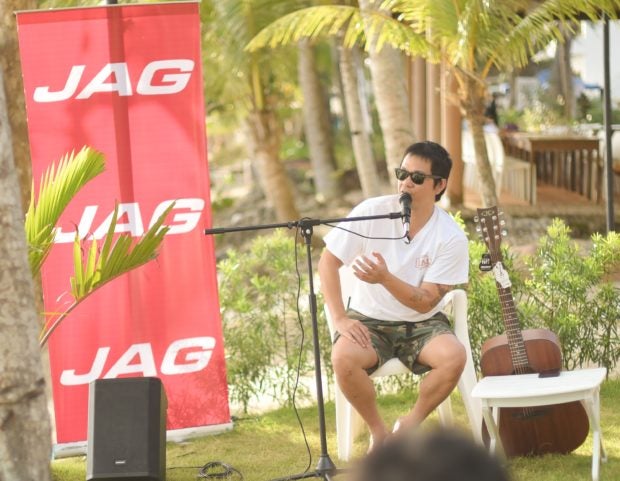 Marasigan at a clinic —JAIME VALERIO

Unlike Sandwich’s music, that of Moonstar88, the night’s other headlining band, readily translates to the kind of ambiance “Campfire” intends to create. Earnest, melodious and bittersweet, the group’s set of hits are practically begging for an acoustic treatment.

“All of the gigs we have recently played were big and loud, so this is a welcome change for us. I have been wanting to do a show like this in a long while,” Maysh said.

The crowd dissolved into a chorus of awws, then promptly started to sing along when the group performed some of its well-loved hits like “Sulat” and “Torete.” Maysh dedicated her rendition of “Panalangin” to all the “mag-jowa” out there. In “Migraine,” the fans went crazy when she went for a sustained note in the bridge.

“That song has been out for more than 10 years, but it didn’t become popular until recently. So we’re just holding on—maybe our newer music will hit it big in five years!” jested Maysh, who also debuted two new songs that she asked to be kept a secret until they release them. 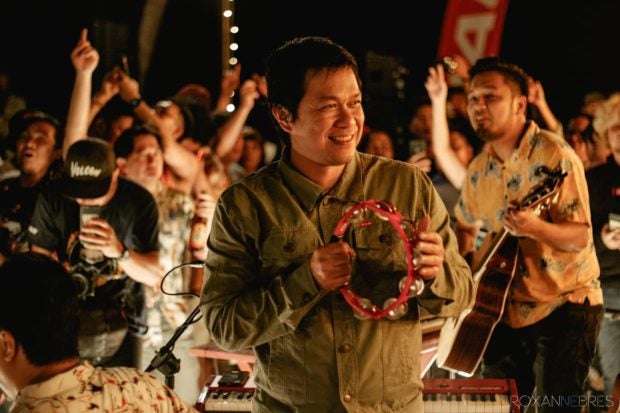 But as good as the music was, it wasn’t all there is to “Campfire.” Mounted by Chi Resurreccion of the alternative rock band Typecast and his partner, May Valentino—through their company Green Turismo—the annual event marries music and tourism by bringing artists and their fans in an out-of-town trip.

“It’s nice being in an intimate setting with people who are out to have a good time,” pointed out Mong, who also conducted a talk/workshop about all things music prior to the show. “Those people chose to be here for the music.”

For most of the show, the campers kept their cell phones and cameras in their pockets—or in the air. They refrained from taking photos, recording video clips and posting them on social media. That would, after all, spoil the very experience they signed up for.

But when Raymund and Buddy, formerly of the influential rock band Eraserheads, took the stage at the tail end of the session, the fans finally gave in. In one fell swoop, they whipped out their gadgets, got up from the spots they were lounging, and made a dash toward the performers.

Everyone knew what was coming. 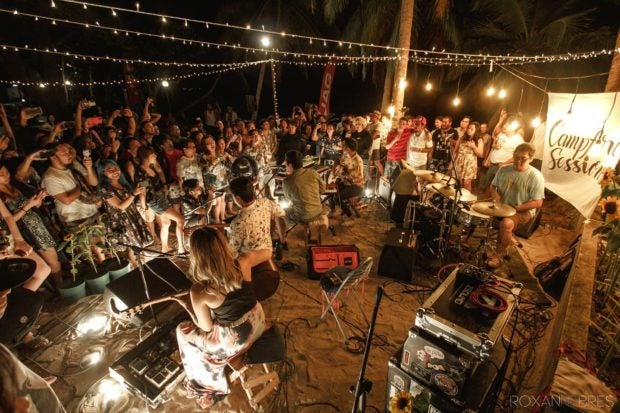 The happy crowd knew what was coming

Together with Maysh, Raymund and Buddy threw in a surprise set of Eraserheads classics. Before long, everybody was losing the chill they had been trying to keep.

The campers cheered and sang their heads off to the songs—“Minsan,” “Pare Ko,” “Sembreak”—all the words to which they knew by heart.

Some danced with arms around each other’s shoulders. Some raised their bottles. Some found it impossible to resist the urge to capture the special moment. And some found themselves too emotional to even lift up their phones.

By the time “Alapaap” kicked in, Raymund was on his feet, smacking the tambourine as he and the rest of the gang raced to the coda: “Gusto mo ba/Gusto mo bang/Sumama?”