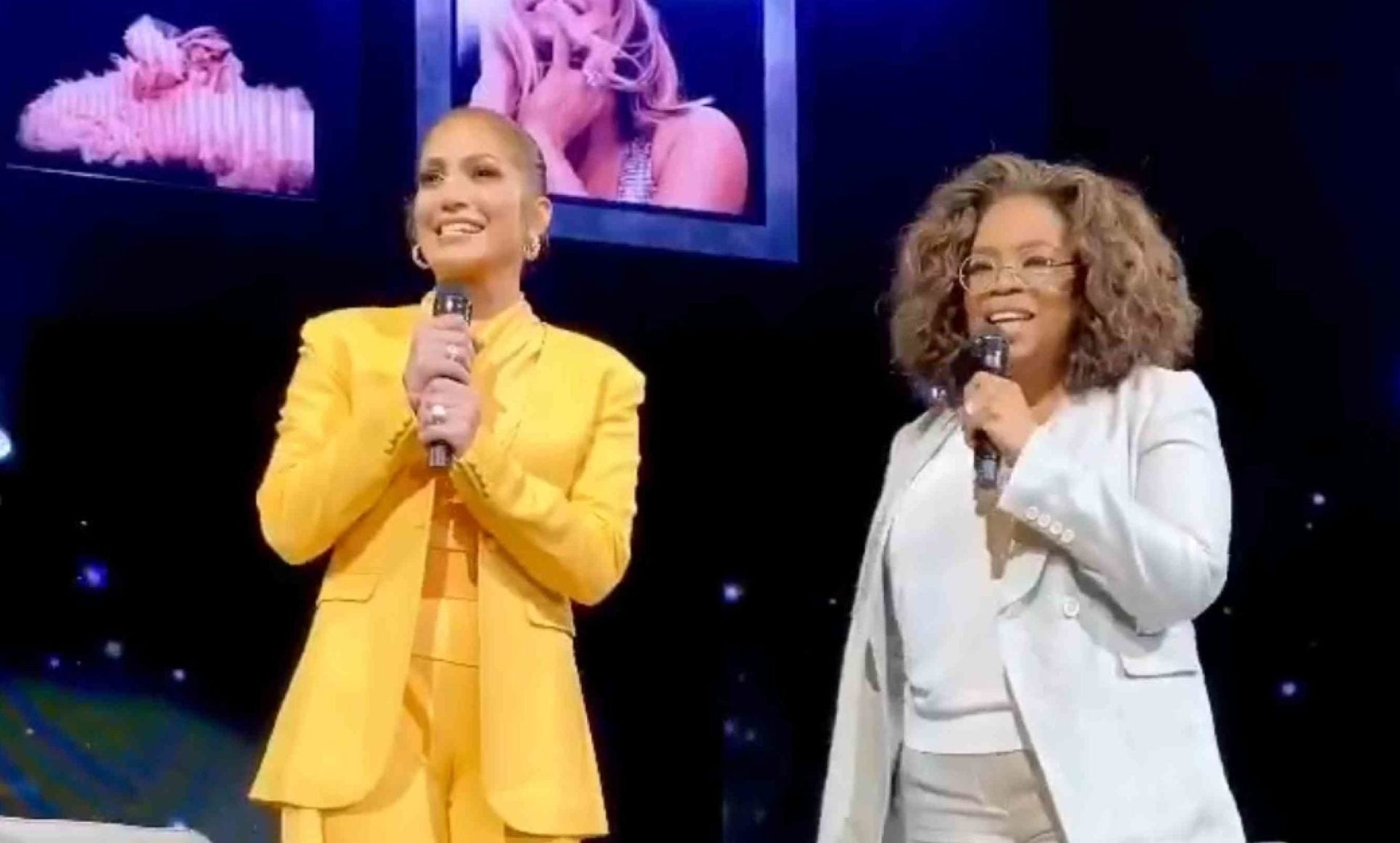 Oprah Winfrey had a chat recently with Jennifer Lopez, whose performance with fellow singer Shakira at halftime of the recent Superbowl (the championship of the US National Football League) is still being talked about for different reasons.

The billionaire television personality posted on Instagram: “#Oprahs2020VisionTour with @jlo. Thank you to the astoundingly age-defiant Jennifer Lopez who came to the show in this yellow stunner and gave new meaning to the word 50. LA: You were lit! In spite of my fall (which now becomes a meme), you brought me UP with your energy. Now I’m headed home to ice my knee and ankle…”

Winfrey, according to news.co.au, tumbled badly on stage during an event in Los Angeles. She was “speaking as part of her 2020 Vision tour when her ankle seemed to collapse beneath her, resulting in a hard fall that made the audience gasp.”

JLo and Shakira gave a rousing performance during the football championship that was generally well-received. But some sectors were offended by the clothes the women wore and some dance moves. Christopher Rosa, writing for online Glamour, said “…there’s a certain subset of people out there who think Lopez and Shakira’s halftime performance was “inappropriate” and “too provocative”—an R-rated attack on family values.”

As for Winfrey, not a few Americans would want her to challenge Donald Trump for the US presidency. Trump had proclaimed she would not stand a chance against him but it would have been interesting, at the very least, how Winfrey would campaign against the onion-skinned real estate developer. 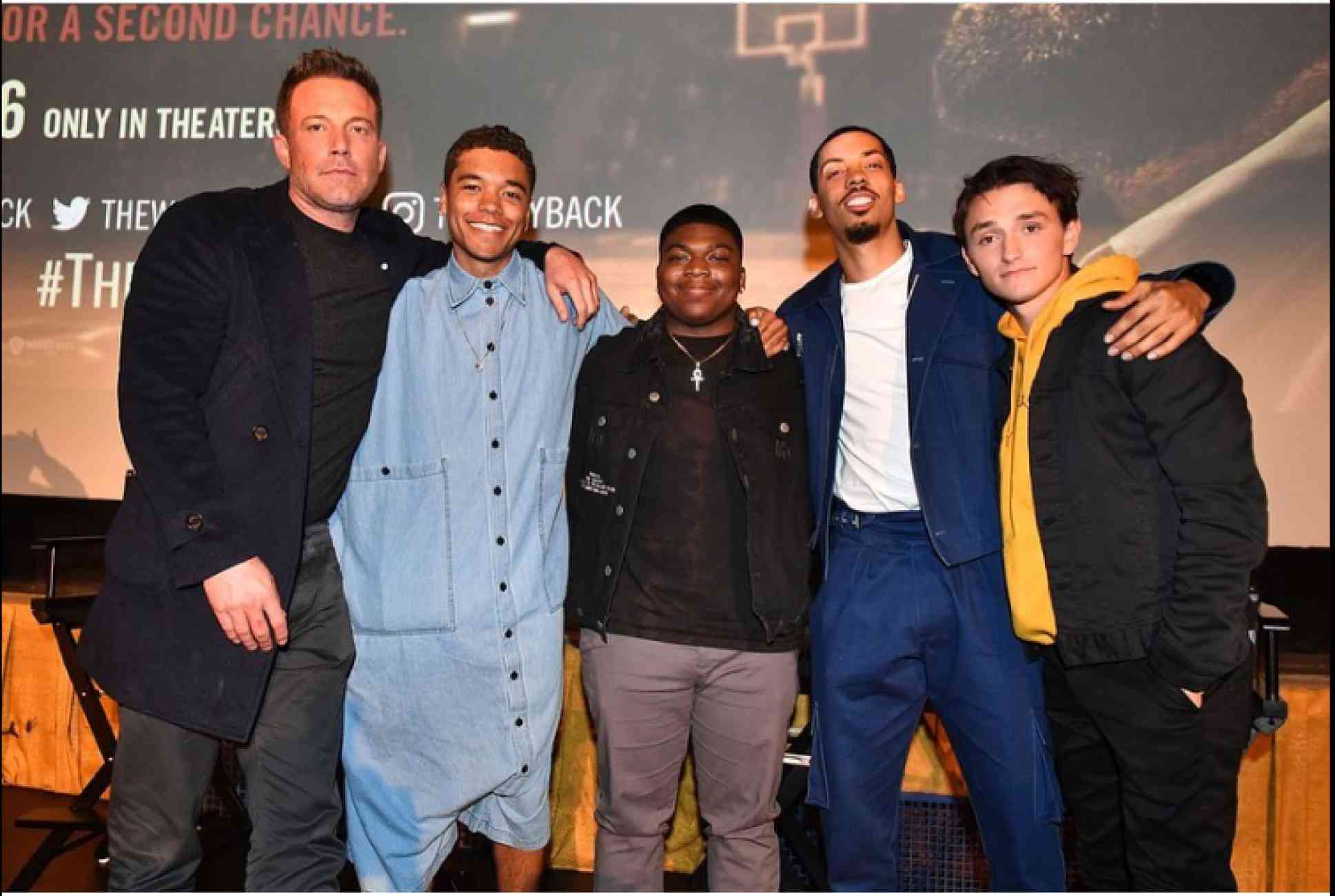 Ben Affleck (left) was in Atlanta, Georgia, to promote his latest project, “The Way Back.”

Batman Ben Affleck has been touring to promote his latest project, “The Way Back,” a Warner Bros production due in theaters on March 6.From Atlanta, Georgia, he posted: “The opportunity to visit the @ATLMission with the team from #TheWayBack was definitely one of the highlights from traveling around the country last week. The work that Mission is doing is making a meaningful difference in the community, using their passion for helping others to provide members of the community with a second chance at life…”

From Miami, the Oscar award-winning actor wrote, “So inspiring to meet a few young heroes today. These kids are the founding class of @slammiamiofficial, paving the way to help educate future generations. They provide an innovative secondary educational program, helping college-bound students through emphasis on sports-related majors.”

Directed by Gavin O’Connor, “The Way Back” is almost Affleck’s personal story. It is about a former high school basketball phenomenon, struggling with alcoholism, who is offered a coaching job at his alma mater. As his team starts to win, the coach confronts his old demons.

Affleck, in recent interviews, candidly admitted he was an alcoholic who had relapsed several times. He said his “biggest regret” was his divorce from fellow actor Jennifer Garner because of his alcohol addiction. Affleck and Garner have three children.