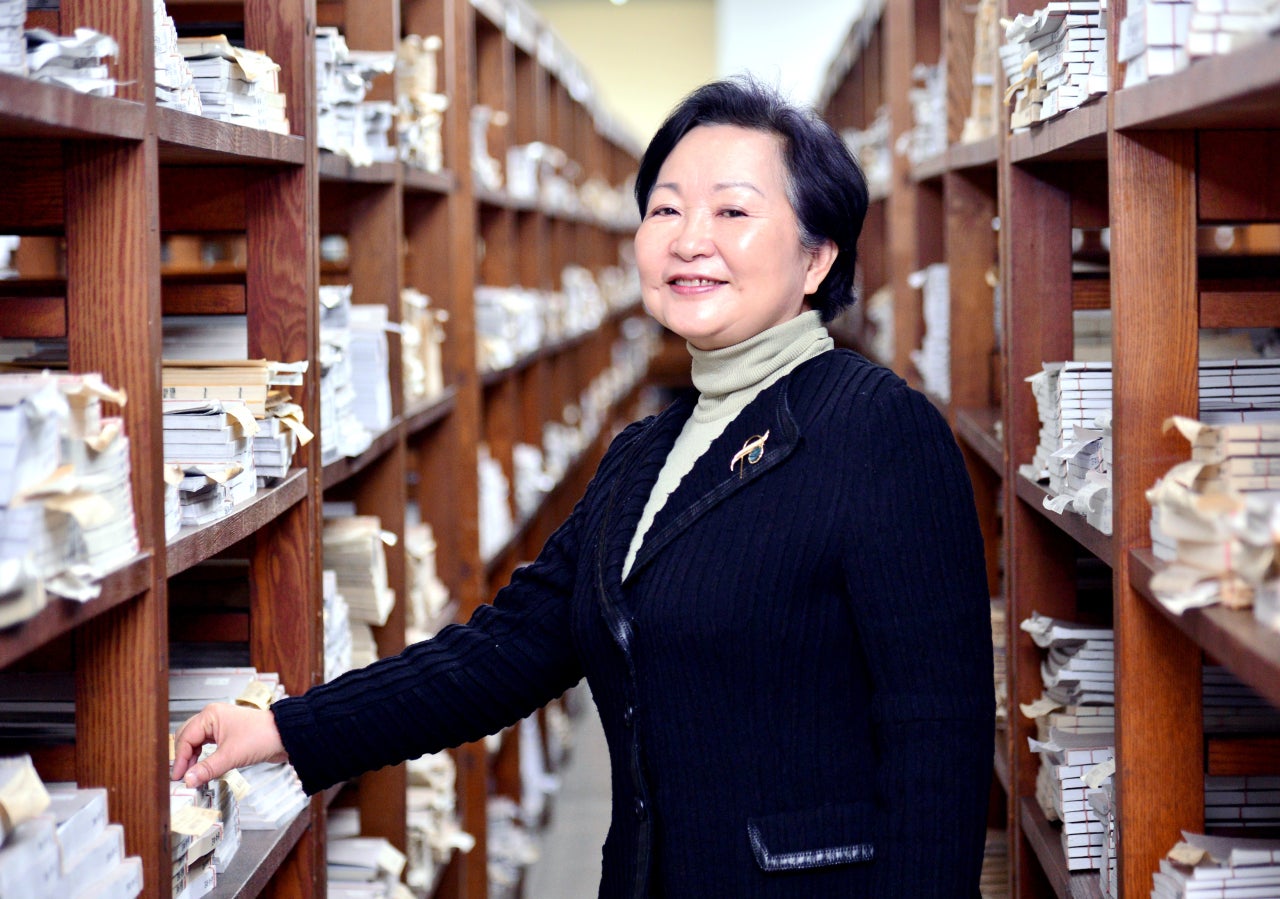 SEOUL — When National Library of Korea Chief Executive Suh Hye-ran, 65, took office in August, one of the first things she did was expand the media center for digital content creators.

“We used to have three booths for creating media content. Now we have more than 10,” Suh said during a recent interview with The Korea Herald at the National Library of Korea in Seoul.

“We also created a Maker Space at the National Library for Children and Young Adults,” Suh added. Maker Space is a lab where children can learn to create diverse content. “For instance, students can learn to code a software program related to literary content at Maker Space.”

Suh said she believes the library should be more than just a place to read: It should also provide space and education for would-be content creators and one-person media outlets.

“Also, we will focus on providing education, especially for teachers, so that they can go back to their classes and teach their students about making digital content and ultimately increase the student’s media literacy,” she added.

“In November, we will also launch a space where people can experience (augmented reality) and (virtual reality) technologies in the library,” Suh said. “We aim to connect the technology with books and content that we have as the public library.”

Besides turning the library into a more digitized space, Suh also said it was crucial for the national library to fulfill its traditional role.

“We are the national public library, so we collect all the books that are published. We don’t pick and choose. We collect them all. So 80 percent of the space we have is already occupied. Around 2023 the space that we have will be full,” Suh said. “Also, we have to make sure that the books are kept safe permanently, so we also need facilities and equipment to maintain them.”

Suh said she hoped to use the International Broadcasting Center, which was created for the Olympics in PyeongChang, Gangwon Province, for this purpose. “The government is currently reviewing to see if the space is adequate for use as a storage facility for the library. The results are expected to come out in October at the latest,” Suh said.

The chief executive also revealed her vision for a program for people outside Korea with an interest in Korean culture.

“It is still only in my head. I am hoping to create a residency program for those who are interested in Korean culture like K-pop. We would like to bring them to Korea and provide them with our materials regularly to support their research,” she said.

Suh is the first library specialist without government experience to lead the country’s largest public library. Previously, she was a library director and professor at Silla University in Busan.

“Many people, including myself, have been longing for an outside expert to lead the public library,” she said. “So I know that there are expectations of me. I will try to lay the foundation to move the library a step farther.”

Suh is also the first woman to be appointed for the job. She added that she had never imagined this sort of responsibility when she first decided to become a librarian.

“My best friend said her relative living in the US was a university librarian and also a professor. The job was rare at the time. When I heard that I thought it sounded very cool,” she said. “At the time I had no idea what kind of job I was getting into.”

Read Next
Hop aboard the DMZ Peace Train
EDITORS' PICK
Pagasa: Warm, sunny Sunday in most parts of PH
vivo’s coming to town to grant wishes with more holiday promos
Is it safe to talk politics again at family gatherings? ‘The Reconciliation Dinner’ shows us what that’s like
The Best Tech Gifts For The 2022 Holidays
House energy committee chair Arroyo bats for cheap electricity
EDITORIAL: To a bike-friendly future
MOST READ
LOOK: Vhong Navarro transferred to BJMP detention facility in Taguig
The Elephant Man in the Senate
Posh village as ‘shabu’ haven
LOOK: Zanjoe Marudo bonds with Ria Atayde, her family
Don't miss out on the latest news and information.