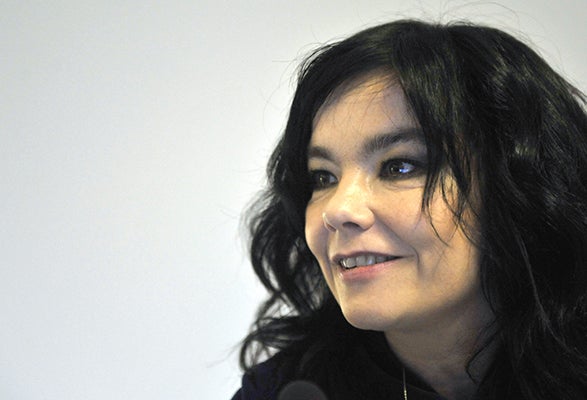 The Icelandic singer-songwriter is treating fans with a series of orchestral performances taking place in July.

The tour, referred to as “Björk Orchestral,” will find the 54-year-old musician playing acoustic string arrangements from her extensive catalogue.

“Björk Orchestral” will kick off on July 2 at Moscow’s Crocus Music Hall, before heading to Helsinki, Berlin and Paris for two nights at the Seine Musicale.

The tour will conclude on July 26 in Cheshire, England’s Jodrell Bank Observatory, where Björk will conclude this year’s Bluedot Festival with an orchestral performance.

Opening on July 23, the festival will also include headlining sets by Metronomy and Groove Armada.

The soundscape includes snippets of choral arrangements written over 17 years by the Icelandic singer.

“Kórsafan” is notably controlled by Microsoft AI, with the score evolving in response to weather patterns and passing birds or planes nearby Sister City.

“hudson valley happens to be one of the most bird-trafficked deltas on the planet, i know this of my own experience …. hope you will enjoy this !” Björk said of the project in a statement.

Last August, the singer-songwriter also reconnected with German digital artist and frequent collaborator Tobias Gremmler for the visual for “Losss”.

“Losss” is the latest single from Björk’s most recent and ninth studio album, “Utopia”, to receive an accompanying music video, following “Tabula Rasa”.

“Utopia” led to the creation of the immersive stage production “Cornucopia”, in which the Icelandic pop star performed songs from her 2017 album alongside the 50-piece Icelandic ensemble The Hamrahlid Choir. JB