As he turns 80, Al Pacino looks back at his struggling actor years 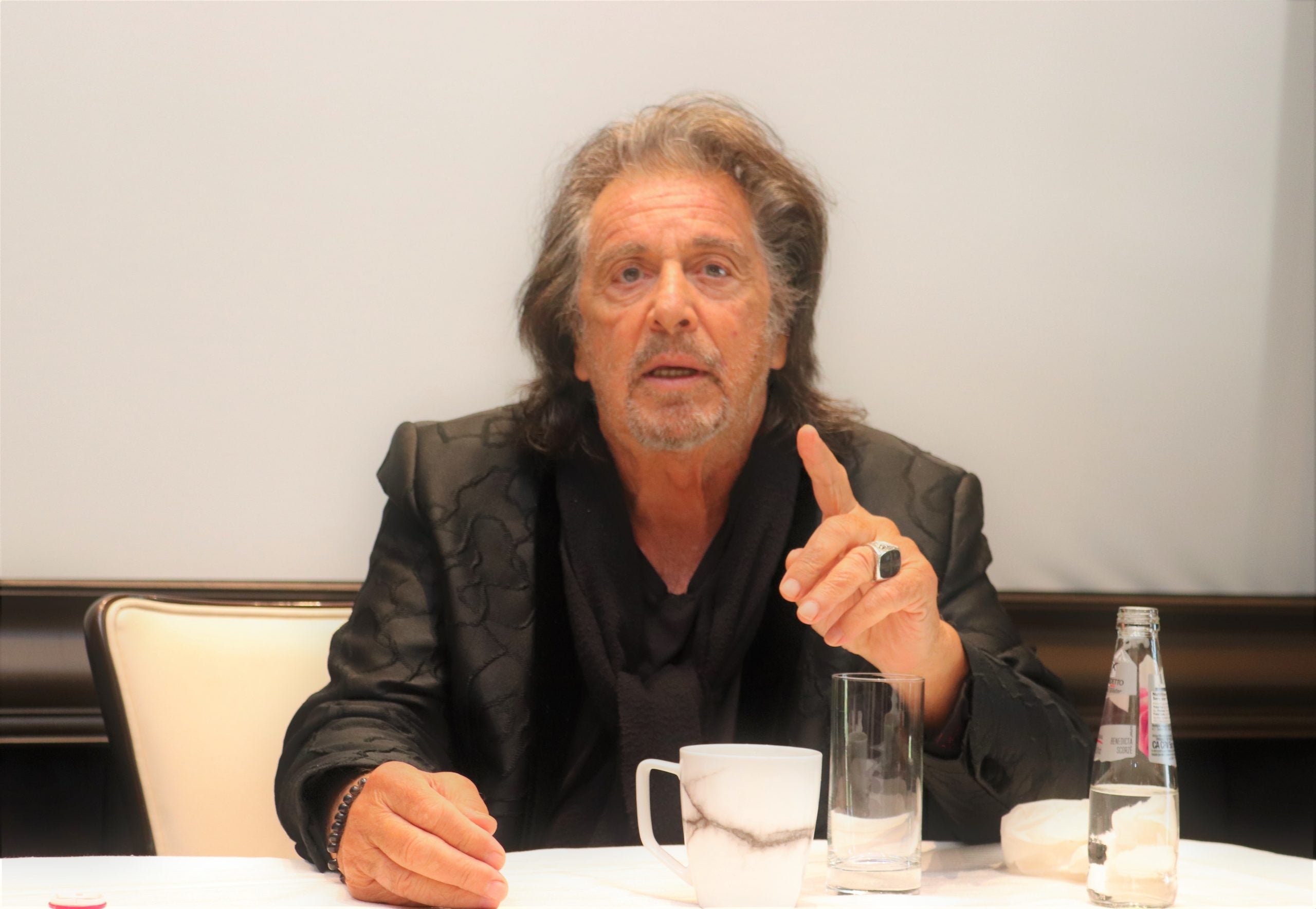 LOS ANGELES—As he turns 80 in April, Al Pacino is tackling his first major role in a television series, “Hunters.”

Fresh from the grueling awards season where he was everywhere, thanks to his best supporting actor nominations for “The Irishman,” Al sat down for this LA interview—gravel-voiced, warm and often humorous.In Amazon Prime Video’s 1970s-set drama “Hunters,” created by David Weil, one of the best actors of our time plays Meyer Offerman/Wilhelm “The Wolf” Zuchs, a Holocaust survivor who leads a group of Nazi hunters. The series also stars Logan Lerman and Lena Olin.

How do you plan to celebrate turning 80? I may have been spared that kind of thing. I must say, because I started thinking I was 80 about a year ago—because that’s the way I do things—so it doesn’t become a big shock to me (laughs). Then, it makes you reflect a little bit and you don’t feel that way, unless you want to feel that way.

Somebody said, “I do notice the difference.” The only time I noticed a difference is when I reached my mid-70s. Things changed a little bit. But for o­ther people, it’s in their mid-50s or 60s.

In my mid-70s, the way I looked at things changed a bit. I like where I am now with how I think about things. I wish I had this 20 years ago, but I got it now. And turning 80, I know they’re going to make a fuss. I don’t mean the media. I mean my people, my friends. Let them. I hope they enjoy it. I don’t know what I feel like.

I’m doing a benefit for vete­rans in a week or two. It’s a play (“The Basic Training of Pavlo Hummel”) I did when I was 20. It’s a reading. I’m not going to go up there and do the physical stuff of it. But it’s funny.

They are throwing “King Lear” at me all the time, this great masterpiece of a play. I have often said, with Shakespeare too, it’s one thing to do “King Lear” if you’ve done “King Lear” before—you’ve had a couple of passes at it. It’s a little different if you want to start now and if I do it, I want to find a way into it. Because it’s done so much and so brilliantly. 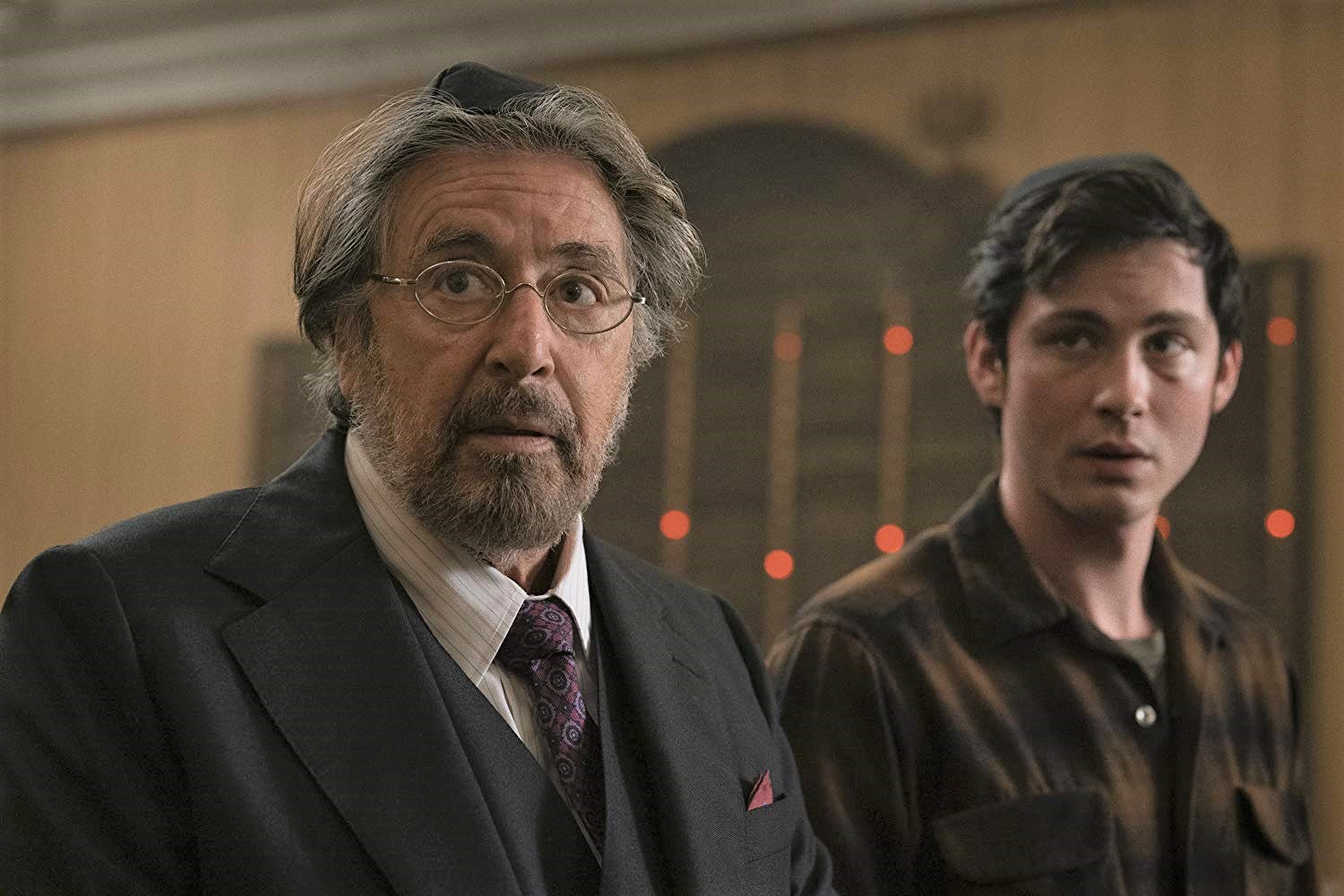 You turn on Netflix or A­mazon now, you see about three or four “King Lears” up there. It’s like if you get to a certain age, there are no parts left for you. So you have to go do “King Lear.” How about “Hamlet”? I love “Hamlet.” That’s my favo­rite play, but I never did it.

As a matter of fact, to me the only time we only ever did “Richard III” was way back in Boston when I was 33. But if I do “Richard III” now, I’m ready. I did “The Merchant of Venice.” That was such an interesting experience, doing a film, then doing the play.

I enjoyed doing that when I was about 75, 76. So everything isn’t quite the way you think things happen. I remember once seeing Laurence Olivier doing “King Lear,” and he had done it. So I wish I had done “King Lear” about 10 years ago. It might have helped me a little with now.

Are you writing a biography? I have been asked to write a biography, which I shy away from, because there’s something about being accepted in this way as an actor and being a well-known actor that is different from being a well-known celebrity. I’ve always tried to accept what happened to me and how fortunate I have been in the world of what we do but in the book world, it becomes a different experience.

I would be saying a lot of things in the book that are not about acting … I think I should write a book because it’s an interesting story that I have.

Can you talk about wor­king in television? How is your work schedule different from doing a film? I was very lucky in this one because there’s a lot of stories being told in this episode. There’s a lot more and very interesting things that go on and characters that come and go and are developed. So I was there like not as much as I would be if I were doing a movie.

I did have time off to do things and come back so in a lot of ways, the schedule was easier for me than I can remember on anything I’ve done.

You are working with Logan Lerman. When you look at him, what do you remember about being that age (Logan is 28)? When I was Logan Lerman’s age, I had my first big success. That was in a play called “The Indian Wants the Bronx,” which changed everything for me. That happens when you have success in the theater. For me, it did, although before that, I was doing repertory theater in Boston. I came out of the ’60s café theater because the (Greenwich) Village was like Paris at the turn of the century. It was full of cafés and we would do 16 performances a week. 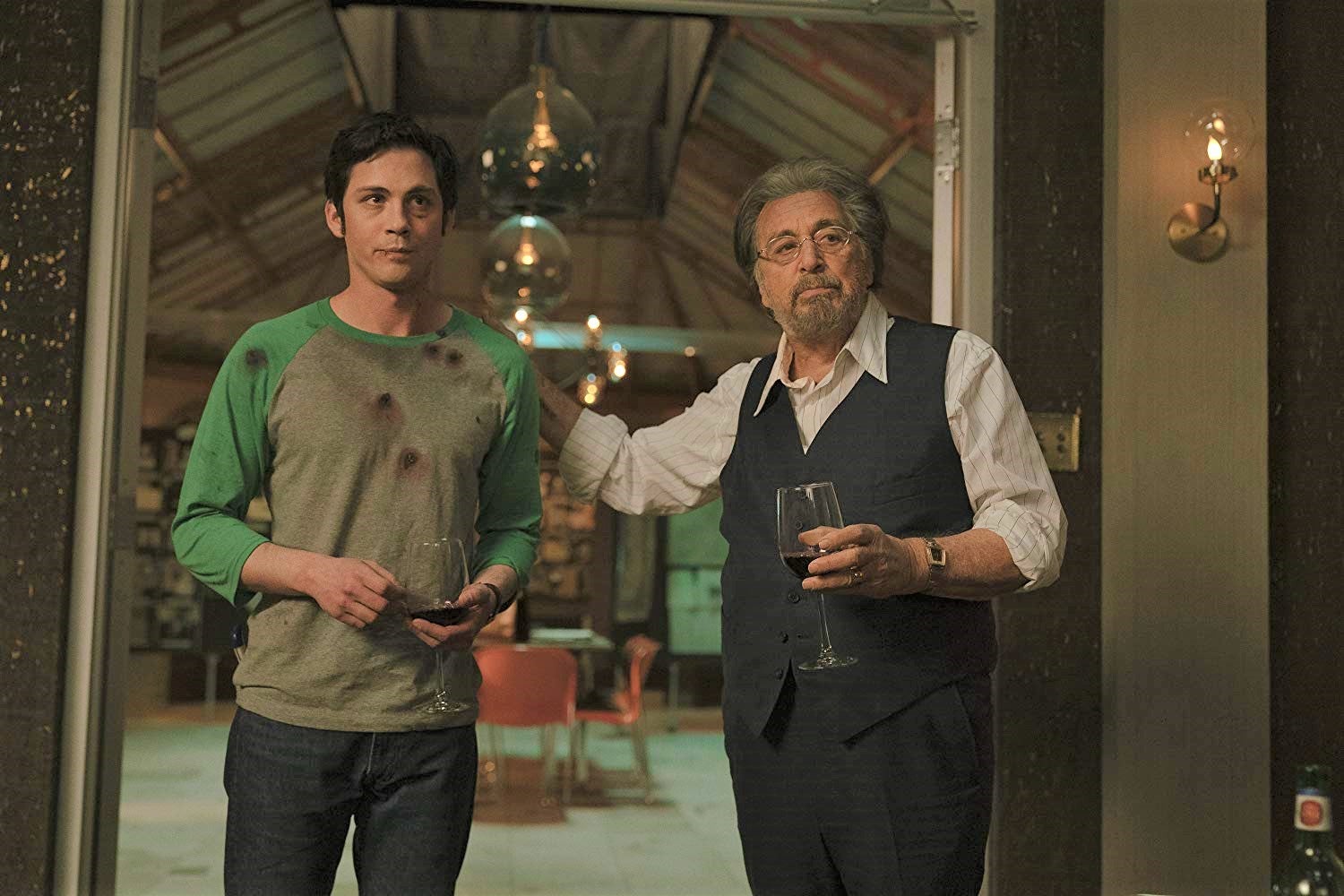 A scene from “Hunters” —AMAZON PRIME‍

I worked with Martin Sheen in The Living Theatre when I was a teenager. I worked and used to clean the place up. But I was always trying to figure out where I was going to get my next meal. We did 16 performances a week of various plays in different cafés. We passed the hat around after each performance. Somebody would drop in coins here and there. That’s how we ate. And it was right in New York City. Broadway was something that didn’t exist.

I guess the professionals were up on Broadway, but we were the minstrels. I loved that life. I made acquaintances and I had a life there. Of course, it was hand-to-mouth, as they say, but when I look back on it, it was like great timing. It was in the (Greenwich) Village at a time when things were budding up. Sam Shepard and all these people were down there doing a lot of creative work. There was a creative movement in the Village in the ’60s. And I was a part of that. That fed me a great deal. As I go on in life and see things, I see the desire, how much desire means and an appetite to do something means. Sometimes, it even trumps talent.

But there’s the appetite. We were nominated for so many Baftas (for “The Irishman”). And we kept losing.

But the appetite is very important. You have to let yourself just live, you have to see if things come. That’s what I’m hoping for, that I have an appetite to do something again. Right now, I have a taste for something with a character that I may be interested in.

Sometimes, they say, bring the body, the mind will follow. That’s a big thing they say at AA (Alcoholics Anonymous) and there’s a real truth to it. If you keep doing it, hopefully you will get there.

The thing is to get out of the house. I have three kids and their life is very much a part of my life. That’s why I am here, living on the West Coast. I miss New York. It’s my home and I miss it because there’s a lot of stuff going on there and in the cities throughout the world. I love cities. This (Los Angeles) is a good city, too.