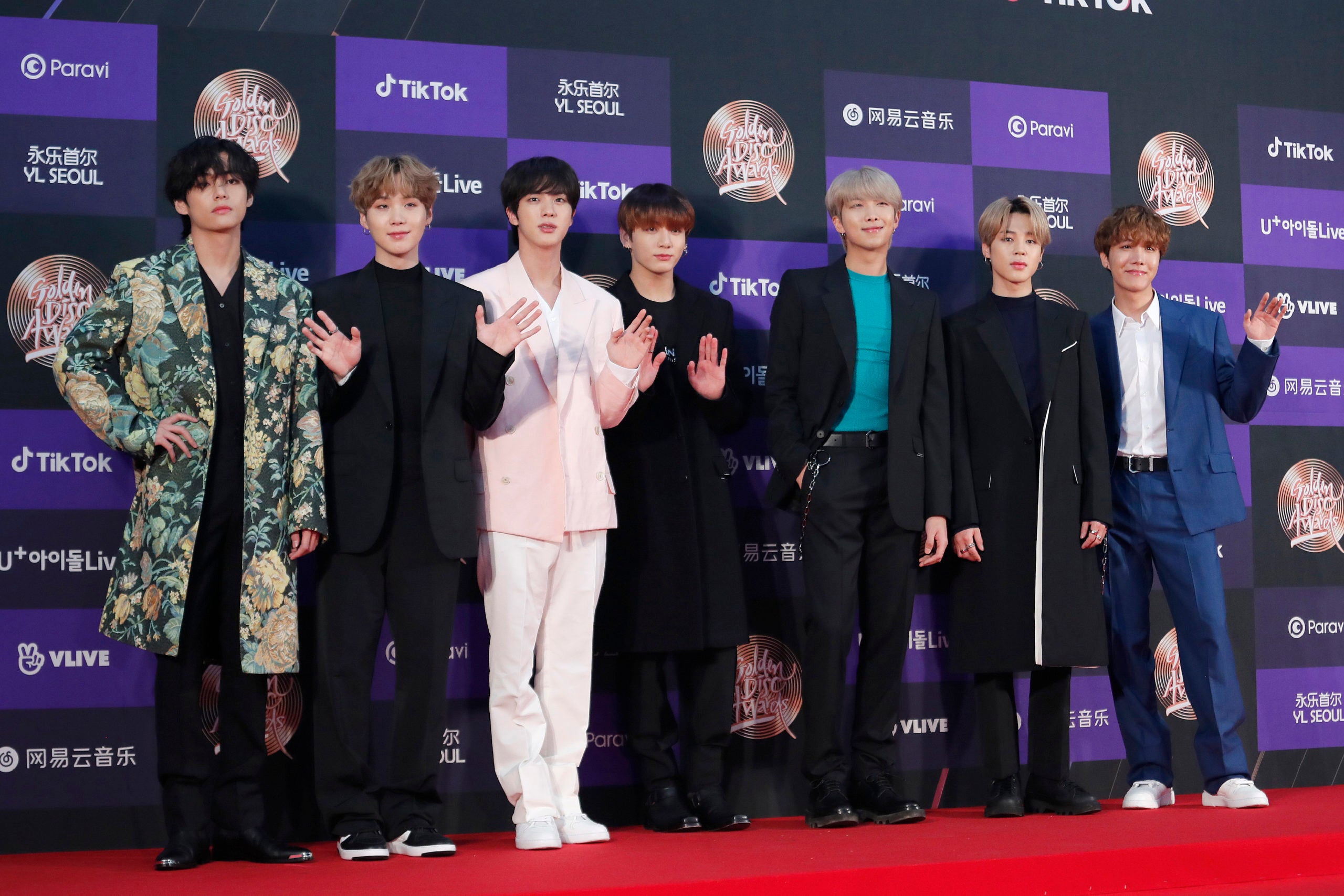 BTS, which performed at the Grammys and at New York’s Grand Central Terminal for “The Tonight Show” in recent weeks, is seen as an emblem of South Korea’s cultural and economic power. Local media said the canceled concerts were the inaugural leg of the band’s new world tour.

“We regret to announce that the BTS MAP OF THE SOUL TOUR … has been canceled,” the band’s agency Big Hit Entertainment said in a statement.

The management agency said the COVID-19 outbreak in South Korea, which has more than 2,000 cases so far, made it impossible to predict the scale of the outbreak by April.

The seven-member boy band was scheduled to perform April 11-12 and April 18-19 at Seoul’s Olympic Stadium. The agency said it had to consider the health and safety of the artists, the production crews and the more than 200,000 concertgoers expected.

The South Korean government and others affected by the epidemic have pushed to restrict massive public events to try to avoid situations where the virus might spread.

Disney said Friday its parks in Tokyo would close for two weeks, adding to closures of its parks in Shanghai and Hong Kong.

Cinemas in China already were shuttered, which affected the Chinese release of “Sonic the Hedgehog” and the Beijing premiere and a promotional tour of the James Bond film “No Time to Die” among other impacts.

The Walt Disney Co.’s anticipated live-action “Mulan” remake is due to open in China on March 27.
The U.S.’s National Symphony Orchestra canceled performances in Japan, after earlier canceling concerts in Beijing and Shanghai. That followed cancellations by the Boston Symphony Orchestra and Hong Kong Philharmonic.

South Korean agencies have been canceling K-pop events at home and abroad in response to requests from fans about artists’ safety.

Artists such as Taeyeon and boy bands WINNER and NCT Dream had previously canceled shows in Singapore and Macao, and GOT7 postponed concerts in Bangkok and Singapore.

BTS has a large international following and was the first K-pop act to debut atop the Billboard Album chart in 2018 with “Love Yourself: Tear.”

Read Next
Josh Brolin to return to the small screen for Amazon
EDITORS' PICK
DOH: Too early to say COVID-19 cases are declining
Acer starts the year off strong with the Aspire Vero National Geographic Edition
Duterte praises military but slams police for poor discipline, corruption
Over 3 Million worth of prizes to be won at Smart Padala’s SENDali Manalo Promo!
COVID-19 cases surging in all regions and provinces, says DOH
The best of bayside and city living at SMDC’s Sail Residences
MOST READ
Marcos Jr. visits Cebu, stands as ‘ninong’ to mayor’s son
Duterte praises military but slams police for poor discipline, corruption
Djokovic has to comply with rules to go to Spain, PM says
Comelec junks petition to scrap Bongbong Marcos COC
Don't miss out on the latest news and information.