entertainment / Movies
Movies
Only In Hollywood 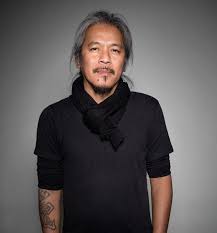 LOS ANGELES—American Ci­ne­matheque, the prestigious nonprofit organization dedicated to the celebration of film in all of its forms, is saluting a Filipino filmmaker, Lav Diaz, for the first time.

“As far as I know, this is the first salute we’ve done to a Filipino filmmaker. I am hoping that this will lead to more tributes soon,” said Chris LeMaire, American Cinematheque’s assistant programmer.

Chris explained how the tribute to Lav came about: “We were fortunate to screen Lav’s latest film, ‘The Halt,’ as part of our Hollywood Foreign Press Association’s Foreign Language Film Series in September last year. The film was met with great enthusiasm from the audience, which led me to explore the possibility of bringing Lav to Los Angeles for a tribute series.

“I have been an admirer of Lav’s work for some time, so I was thrilled to see one of his films truly connect with our audience. I think these back-to-back nights with ‘Norte, the End of History’ and ‘Batang West Side’ will make a fitting introduction for anyone new to Lav’s cinema, and hopefully, will inspire further interest, as we continue to screen his films throughout the year.”

The LA-based cultural organization will pay tribute to Lav with a two-day screening and a discussion with the internationally acclaimed auteur afterward in the series titled “The End of History: The Cinema of Lav Diaz.”

In its press release, American Cinematheque stated, “One of the Philippines’ most celebrated filmmakers, Lav Diaz has utilized the instinctual storytelling sensibilities of a great Russian novelist and the filmmaking styles of cinematic poets, such as Andrei Tarkovsky, Robert Bresson and Béla Tarr to create masterworks of epic lengths. Born in Datu Paglas, Maguindanao, Philippines, Diaz began directing features in the late 1990s, developing his signature connection between modern everyday life and the baggage of historical memory.” 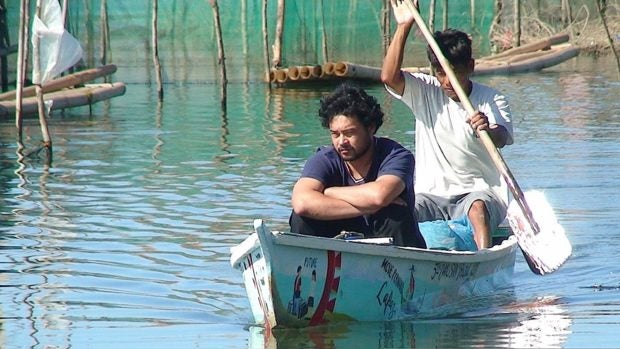 Sid Lucero in “Norte, the End of History”

On Saturday, Feb. 29, at 5 p.m., the series kicks off with a screening of “Norte: The End of History,” which the New York Times included on its “Most Influential Films of the Decade” list.

The 2013 Cannes Film Festival’s Un Certain Regard entry, described as Lav’s “epic reimagining of Dostoevsky’s ‘Crime and Punishment’ … [as] … both an intimate human drama and a cosmic treatise on the origin of evil,” stars Sid Lucero, Angeli Bayani and Archie Alemania.

“Norte…” will be screened at the historic Aero Theatre, which opened in January 1940, in Santa Monica, California. A Filipino food reception at 4 p.m., catered by Fiesta Fastfood, will precede the screening. Fiesta Fastfood, a family-owned catering services company started by Minda and Jun Chin, is an inspiring immigrant success story.

On Sunday, March 1, at 5 p.m., American Cinematheque’s celebration of Lav’s cinematic vision continues with a screening of “Batang West Side.” Released in 2001, the film, also titled “West Side Avenue,” is described as “addressing the traumatic fallout from the Ferdinand Marcos regime in an epic murder mystery set against the illusion of the American Dream.” 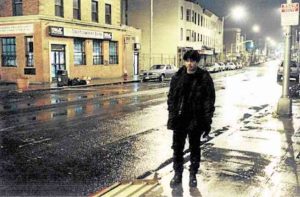 Yul Servo in “Batang West Side”

Chris pointed out, “The 35mm print of ‘Batang West Side’ came from the Austrian Film Museum, which holds Lav’s film collection. The print is a new 35mm restoration, so it is by far the best way to see the film. As far as I know, it is the only print available for loan.”

This second screening will be at the historic Hollywood Egyptian Theatre, which opened in 1922. Restored and reopened by American Cinematheque in 1998, the Egyptian includes a state-of-the-art 616-seat theater housed within Sid Grauman’s first grand movie palace on Hollywood Boulevard. A Los Angeles landmark, the Egyptian hosted the first-ever Hollywood movie premiere in 1922.

Lav, who often serves as writer, director, producer, cinematographer, editor, production designer and composer on his films, is flying from the Philippines to attend both screenings and Q&A sessions afterward. The two films are in Tagalog and English, with English subtitles.

Chris addressed why these are must-see films despite their epic length, a trademark of Lav’s oeuvre: “For one thing, these are two of Diaz’s very best films. ‘Norte…’ is often considered his masterpiece, and it’s easy to see why—few films manage to balance the two opposite extremes of human nature in such a beautiful way. In my opinion, it’s one of the best (loose) adaptations of ‘Crime and Punishment’ there is.

“Likewise, Lav’s ‘Batang…’ takes a novelist approach to storytelling through its epic portrait of the American Dream set in Jersey City. It’s one of Diaz’s early films, so it will be interesting to compare these two films and see how his style has evolved.

“As for the intimidating lengths of these films, thankfully, our audience has grown accustomed to the experience. Over the past year, we have screened films, such as ‘Satantango,’ ‘War and Peace’ and ‘The Human Condition,’ all of which were met with great enthusiasm. I think our audience will gladly accept the challenge this weekend, and hopefully, acknowledge Diaz’s ambitious scope as one of his greatest assets.”

In addition, Lav’s “Storm Children: Book One,” described as his “observational documentary which chronicles the aftermath of Supertyphoon “Yolanda” in 2013 after it tore through Tacloban Island in the Philippines,” will be screened on March 2, at 7 p.m., at the University of Southern California’s The Albert and Dana Broccoli Theatre, SCA 112, George Lucas Building Lobby, School of Cinematic Arts Complex, 900 W. 34th Street in LA. Lav will also participate with an in-person discussion following the screening.

American Cinematheque’s tribute to the Pinoy director, whose films’ many awards include Venice Film Festival’s 2016 Golden Lion (best picture) for “The Woman Who Left,” will continue with once per month screening of his films thereafter.

Founded in 1981, the American Cinematheque is “a nonprofit viewer-supported public film exhibition and cultural organization dedicated to the celebration of the moving picture in all of its forms. At the historic Egyptian and Aero Theatres, the Cinematheque presents regular film and digital programming, which ranges from the classics of American and international cinema, to sneak previews of new independent and studio films, pop-culture gems and cult cinema in all genres.

The famed Egyptian Theatre is located on 6712 Hollywood Boulevard, Los Angeles 90028, while the Aero Theatre is housed on 1328 Montana Avenue, Santa Monica 90403.

Tickets are available on Fandango.com and at the box office (subject to availability). Tickets are $12 each—general admission, unless a special price is indicated.

Read Next
Not uneventful
EDITORS' PICK
Unleash the photographer in you this World Photography Day with vivo smartphones
Look Through: The fate of impounded stray dogs
DOH says COVID-19 cases plateauing, but public shouldn’t be ‘complacent’
What to watch out for when selecting a video surveillance solution
23,000 cops to be deployed nationwide for school reopening
House energy committee chair Arroyo bats for cheap electricity
MOST READ
Sharon Cuneta asks for prayers for friend in ICU who suffered silent stroke
Korina Sanchez reunites with former ABS-CBN co-anchors Julius Babao, Cheryl Cosim
Solons file resolutions seeking probe on ABS-CBN, TV5 merger
NTC asks Court of Appeals to reconsider decision on Newsnet franchise
Don't miss out on the latest news and information.